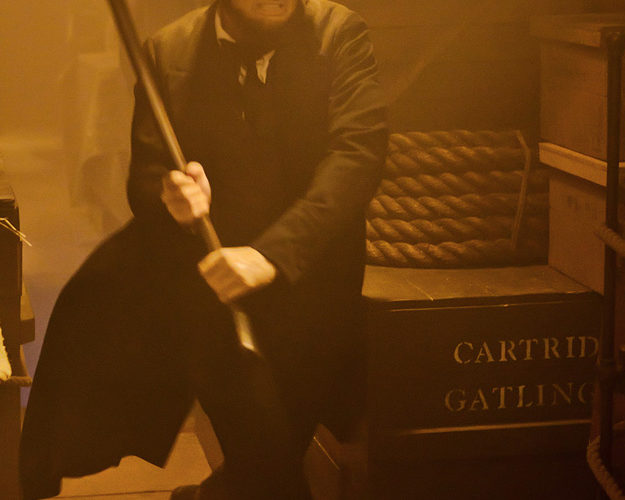 We have yet to see a trailer and it seems like 20th Century Fox is painfully spreading out the marketing for Timur Bekmambetov’s Abraham Lincoln: Vampire Hunter, releasing posters and stills in small batches. Today we have a new set, coming from Entertainment Weekly. These feature our first look at Rufus Sewell and Erin Wasson and you can head over to the site for more details, including the structure of the film feeling like a “greatest hits” of Lincoln’s life. Check out the rest of the stills below for the Tim Burton-produced film starring Benjamin Walker, Mary Elizabeth Winstead, Alan Tudyk, Anthony Mackie and Dominic Cooper.