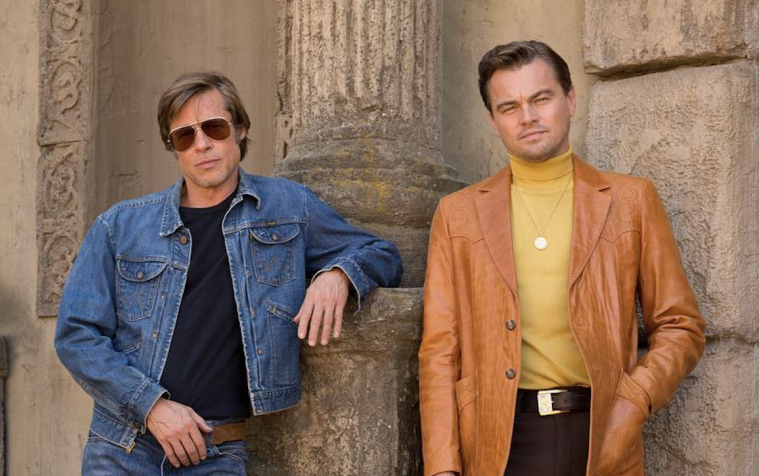 Quentin Tarantino is underway with his 1969-set Los Angeles-based movie Once Upon a Time in Hollywood, and in a smart move to get ahead of the sure-to-be-numerous paparazzi surrounding the on-location shoot, the film’s lead has gone ahead and released the first official photo.

As a refresher, Tarantino’s new feature will follow a former western TV series star Rick Dalton (Leonardo DiCaprio) and his stunt double Cliff Booth (Brad Pitt) as they struggle to make it into big-time Hollywood, all while Manson and his followers are staking out their sinister plans. Among the cast is Margot Robbie as Sharon Tate, Burt Reynolds, Timothy Olyphant, Tim Roth, Michael Madsen, Scoot McNairy, and Zoë Bell.

Once Upon a Time in Hollywood opens on July 26, 2019. See the first look photo below.