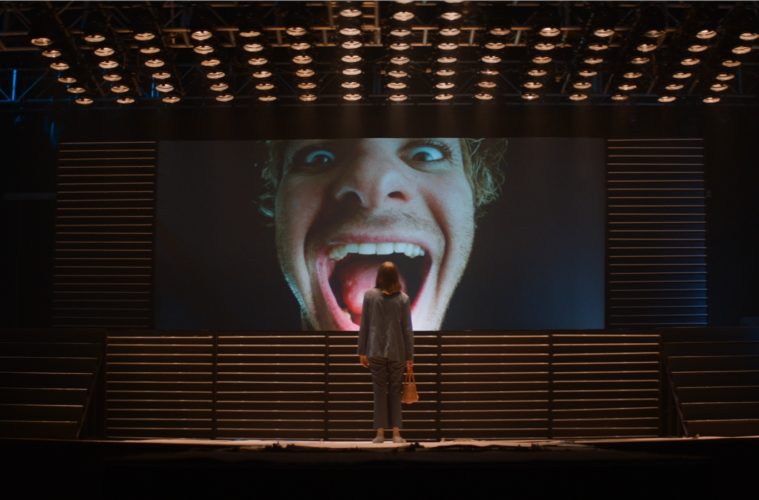 It’s been a busy week for the Coppola family. Following yesterday’s trailer debut for Sofia Coppola’s On the Rocks, her niece Gia Coppola will soon premiere her follow-up to Palo Alto, titled Mainstream, at the Venice Film Festival. Ahead of the premiere next month, the first image has now arrived.

Written by Tom Stuart and Gia Coppola, the film stars Maya Hawke, Andrew Garfield, Nat Wolff, and Jason Schwartzman. The story follows a love triangle set in our modern, internet-obsessed age, and we now have a wealth of more details thanks to a new synopsis.

Check it out below followed by the image and return for our Venice coverage.

Just above Hollywood boulevard, lives FRANKIE (Maya Hawke) a young woman in her early 20s trying to navigate who she wants to be. With the death of Frankie’s father still lingering, Frankie knows she wants to do something of meaning but isn’t sure how and with the world in a current state of so much content and narcissism, it’s hard to not “compare and despair.” Stuck working as a bartender at a corner comedy club with her best friend JAKE (Nat Wolff) Frankie questions what people today really value.

It isn’t until she has a few cosmic run ins with the mysterious LINK (Andrew Garfield), a man that seems to live life without rules that it inspires Frankie to film him and upload his anti-mainstream rants onto the internet. Together, with the help of Jake, this unlikely band of outsiders rise to internet stardom.

However, it’s hard to stay sane when the pressure of relevancy becomes important and new characters, like manager MARK, (Jason Schwartzman) start making demands to bring in money. To make matters more complicated, Frankie and Link start getting romantically entwined. Frankie watches as Link becomes the epitome of everything he once denounced. It isn’t until Link publicly humiliates a young fan ISABEL (Alexa Demie) and Jake quits the team that Frankie really questions if she is also becoming the monster she helped create.

A love story of being in love with someone who doesn’t love themselves set against the new emerging culture of today’s world.