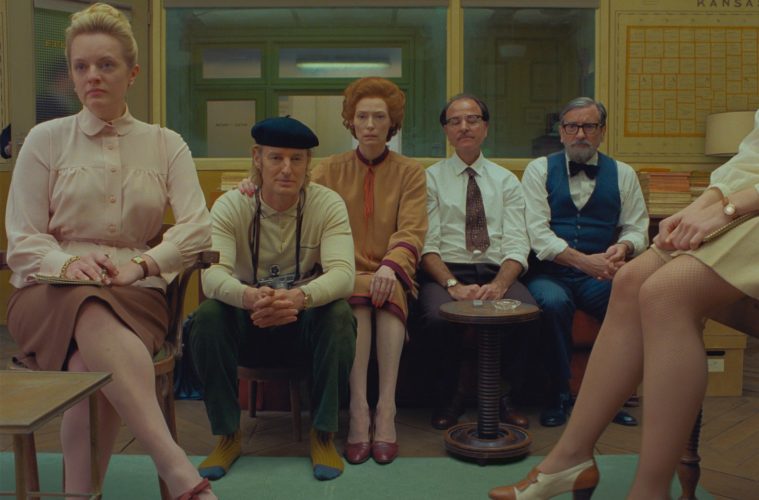 Ahead of the trailer debut tomorrow, we finally have our first look at Wes Anderson’s highly-anticipated, star-studded The French Dispatch, which follows the staff of a European publication who decides to publish a memorial edition highlighting the three best stories from the last decade: an artist sentenced to life imprisonment, student riots, and a kidnapping resolved by a chef.

Fittingly, The New Yorker (which loosely inspired Wes Anderson in making the film) has been granted the first look, which shows off much of the cast, as well as character details and the detailed, fictional French metropolis Ennui-sur-Blasé that the director brought to life for the project. The first images also reveal a mix of color and black-and-white, as well as the employment of shifting aspect ratios once again, seemingly when the film jumps to the stories within the main narrative.

Check out the first images in the gallery below (with more at The New Yorker), along with the poster, and return tomorrow for the trailer.