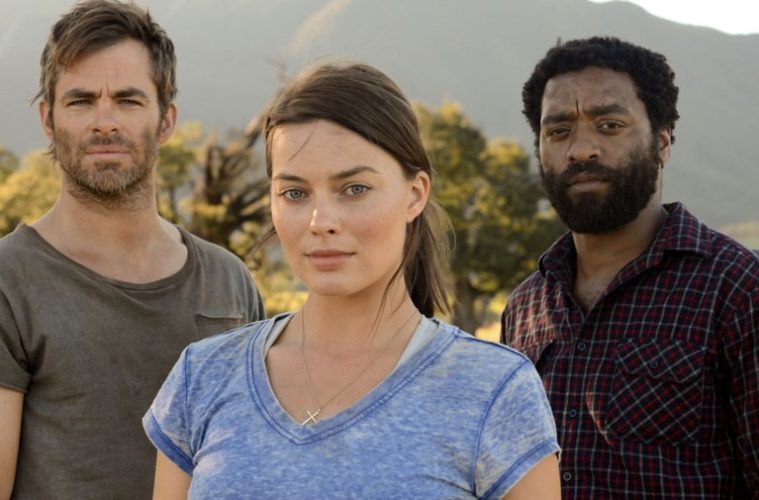 After being the talk of Sundance a few years back for his divisive drama Compliance, director Craig Zobel quickly got the opportunity to helm his biggest project yet: an adaptation of the sci-fi Z for Zachariah. Bringing along a trio of talented actors — Chris Pine (Star Trek), Margot Robbie (The Wolf of Wall Street, and reportedly taking the Harley Quinn role in DC’s Suicide Squad), and Chiwetel Ejiofor (12 Years a Slave) — today the first image has arrived.

Adapted from Robert C. O’Brien’s sci-fi novel by Nissar Modi, the psychological thriller follows a woman (Robbie) who believes she is the only survivor after a devastating nuclear event, living on a farm with the only breathable air, but comes to learn she is not alone. While no distributor has been announced yet, we hope Zobel will return to Sundance early next year to premiere, where we imagine it’ll get acquired quickly. If that’s the case, check back for our review in the coming months.

Z for Zachariah will likely be released next year.

Are you looking forward to Zobel’s next feature?