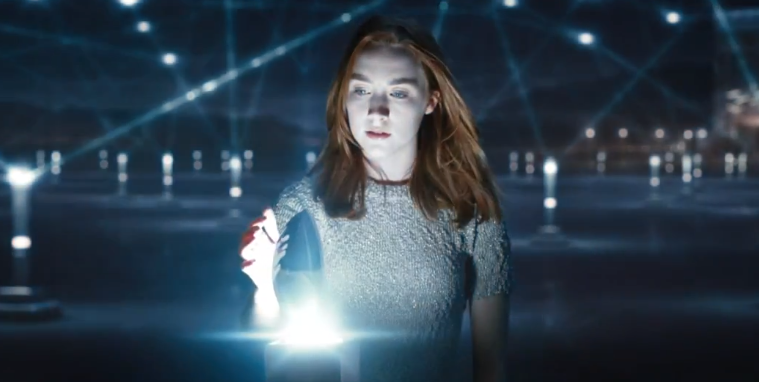 Final Trailer For Andrew Niccol’s ‘The Host’ With Saoirse Ronan

As Twilight concluded last year (at least for the time being), most studios are on the search for the next big YA adaptation and Open Road have taken the smart path, monetarily speaking, by pairing with author of the vampire hit, Stephenie Meyer. We’ve already gotten a few trailers for The Host, sci-fi thriller about an evil force inhabiting humans everywhere and now the final one has landed.

I’ve been slightly intrigued at this one thanks to the involvement of Gattaca director Andrew Niccol, but unfortunately it still looks dramatically inert with something missing in the spare production design. Attached to the better-than-expected Beautiful Creatures starting today, check it out below for the film also starring Saoirse Ronan, Max Irons, Jake Abel, Diane Kruger, William Hurt and Frances Fisher. What if everything you love was taken from you in the blink of an eye? “The Host” is the next epic love story from the creator of the “Twilight Saga,” worldwide bestselling author, Stephenie Meyer. When an unseen enemy threatens mankind by taking over their bodies and erasing their memories, Melanie Stryder (Saoirse Ronan) will risk everything to protect the people she cares most about — Jared (Max Irons), Ian (Jake Abel), her brother Jamie (Chandler Canterbury) and her Uncle Jeb (William Hurt) , proving that love can conquer all in a dangerous new world.