Final Account Review: A Hushed Tour of Germany’s Last Witnesses to Genocide Proves the Past is Not So Distant 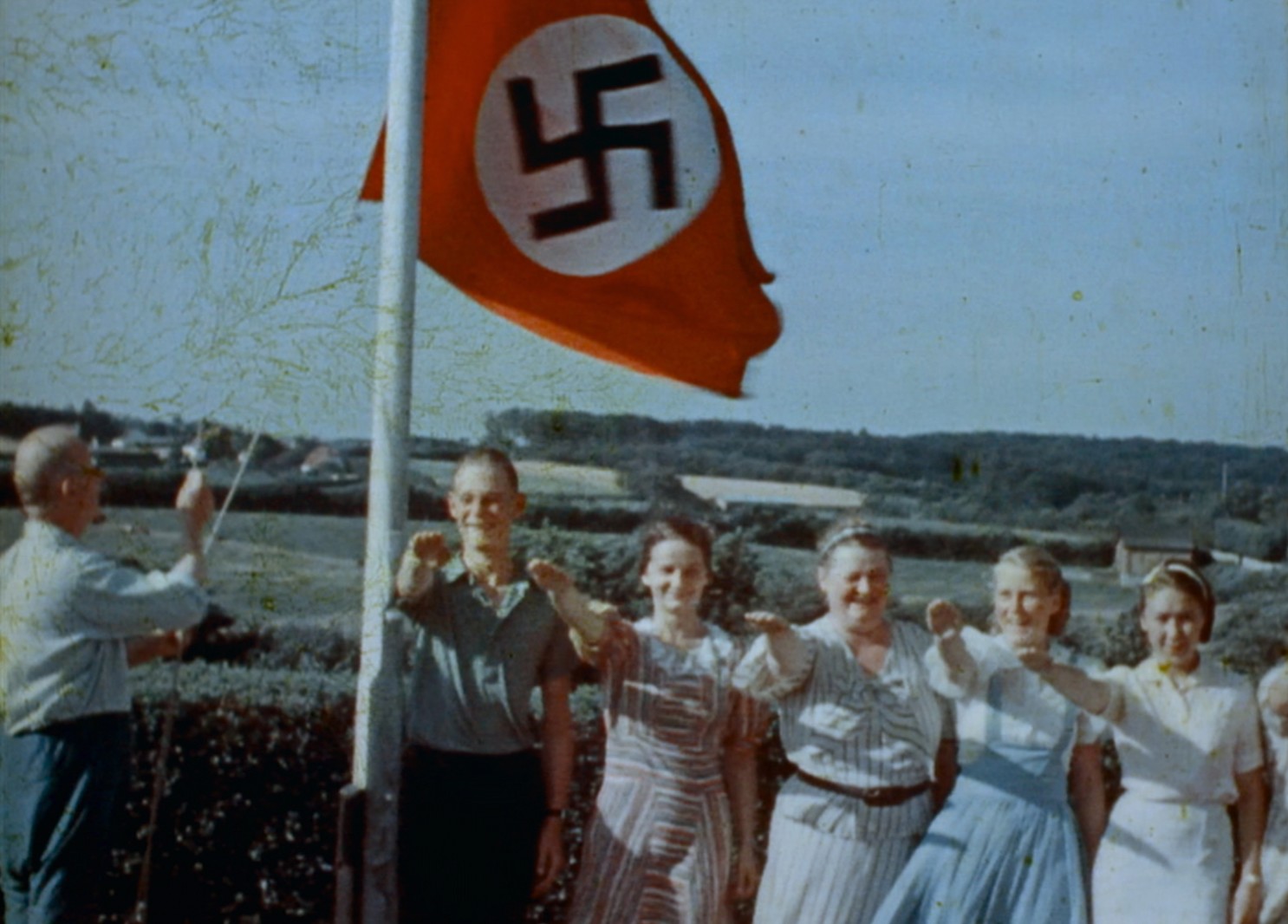 The Holocaust is one of the most exhaustively documented events in history, yet it can seemingly never be documented enough. This is not only due to the relentless persistence of antisemites and fascist sympathizers in trying to sow doubt as to its veracity, but because many more seemingly benign parties have managed to distance themselves from fascism’s warning to the West, and the world. It remains far too easy to compartmentalize Nazism, to regard it as a cultural and historical anomaly––to (ir)rationalize the Third Reich as morally and politically inscrutable, foreign, inhuman, so very different from our enlightened and modern political desires––from us.

As the last generation of living witnesses to World War II and the Nazi horrors fades, so too does real and recent history threaten to pass into the territory of Hollywoodized myth, with the distance and skepticism that myths provoke. It’s surely in light of this that English-Jewish filmmaker and activist Luke Holland––confronted as well with his own mortality following a terminal cancer diagnosis, to which he succumbed last year shortly after the film’s completion––embarked on the creation of his aptly titled new documentary Final Account, likely to be among the last filmmaking projects of its kind. Compiled from over 300 interviews conducted across Germany and Austria during the 2010s, the film finds various elderly Germans recalling their personal involvement with the Nazi Party and the Holocaust.

From within that cross-section of collective memory, the spectrum of voices is diverse: men and women; military and civilian; active perpetrators and passive witnesses; individuals who accept moral responsibility for the Nazi crimes and those who engage in various forms of personal and historical denial. There are former SS soldiers and a nanny for a camp guard’s family; people who curse Hitler’s name and people who still speak it with reverence. There are differing rationalizations for complicity: “I was too afraid to speak out”; “I was deluded and wrong”; “I, personally, did nothing to be ashamed of.” (One man, recounting the burning of a synagogue, muses: “I don’t think it was wrong, but I suppose it was a crime.”) Beyond their proximity to genocide, what all of Holland’s subjects have in common is that they truly are, in a historical sense, “ordinary”: neither the architects of the Third Reich nor its victims, but passively privileged voices from the sidelines of history who were truly free to choose whether and how to accept the truth of what transpired around them. In the many surveys on the banality of evil conducted since 1945, few have been so consciously mundane in their choice of subjects.

This is not to say that Final Account is necessarily a mundane film. Holland eschews heavyhanded editorializing or exercises of style, opting for haunting simplicity and understatement that some may mistake for dryness. The director never appears onscreen, letting his subjects and the occasional intertitles do most of the talking. Archival film and modern-day footage of various locations set to a somber minimalist score illustrate harrowing accounts of Hitler Youth groups, Kristallnacht, and the death camps, recounted from comfortable middle-class homes and nursing facilities. Holland’s visual language reinforces an uneasy asymmetry between past and present, as in a wordless montage where artistic representations of historic Jewish life are projected onto the sparse modern-day remains of buildings from which the Jews were cleansed. Also eschewing a central narrative thread, the film follows a loosely chronological structure wherein discussion topics proceed from Hitler’s rise to the escalating persecution of “undesirables,” the Final Solution, war crimes on the eastern front, and finally to discussions of accountability and complicity. It’s abundantly clear that the 90-minute film is a side product of the sheer archive of interviews itself, now in the possession of several state and nonprofit foundations, whose value is less artistic than historical: the loose structure and blunt repetitiousness of Holland’s interview subjects isn’t always riveting cinema, but the understanding to be gleaned from them is significant.

The Holocaust is not “just” history, and the most important aspect of Holland’s project is how frankly it makes the case for that fact in the present moment. As German citizens recall Hitler’s ascendancy, the familiar tropes of social upheaval and economic anxiety waste no time in making themselves apparent. “My parents voted for Hitler in 1932, and again in 1936,” recalls one subject. “They were concerned about unemployment and inflation.”

Then as now, antisemitism and fascism find their popular appeal in a perverted form of anticapitalism: subjects discuss “Jewish stores” repeatedly, far more the object of Nazi vilification than Jewish worship. Another recounts a propaganda book for children that depicts a Jewish business owner economically and sexually exploiting his female, Aryan employee––a dash of #MeToo with a hyper-conservative canard. If antisemitism is the socialism of fools, “national socialism” was a revolution; an acid fusion of the actual socialist’s discontent with the capitalist, “cucked” world order and turbo-charged nostalgia for old ways and old hatreds.

Another timely point alluded to in the interviews is the Nazis’ obsession with visual media and the power of the image. It quickly becomes apparent how much Hitler’s noose of social control was knotted by the public act of seeing: who is seen marching, who sees Goebbels’s films, who is marked with what sign for others to see, and just as crucially, what isn’t seen by the general public. Every German saw the marches, saw the films, saw the clothing and the insignias that told who was Nazi and who was Jewish; relatively few saw the death camps. In the film, former SS men reveal the tattoos of their army, still branded into their arms lifetimes later, just like the prisoners of the concentration camps. An eerie, rarely-remarked-upon parallelism emerges between the regime’s respective identifications of Nazi and Jew. Identity, the nexus of social sightlines, is rapidly constructed, enforced, redefined, and politicized through visual media and repetition––through memes, if you will. To the skilled architect of a culture’s memetic ecosystem, obsession with social identity is the first step toward hatred sufficient for violence.

In Final Account’s most riveting sequence, the bravest of its subjects––a former SS man who minces no words about complicity and has dedicated some portion of his life to repentance––sits down with a group of university students at the site of the Wansee Conference to discuss the Holocaust. What ensues is shocking: a right-wing student aggressively pushes back, insinuating that the man is unpatriotic, a hypocrite and race traitor for regretting his role in “fighting for the Fatherland,” dropping familiar talking points from the new European right about immigrant crime and a clash of civilizations. “You’re one of them!!” bellows the wide-eyed elderly man in the theatrical shouting match that follows. At this point in the film the simmering tension between past and present explodes, taking with it any notion that history is long gone. The past is not even past: it’s still alive, and we’d best listen to its voice while we still can.