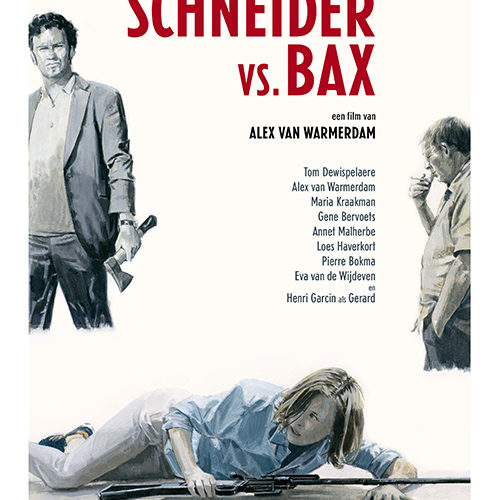 Hitman films tend to be action-packed and heavy with tropes familiar to that particular sub-genre of thrillers. Yet Dutch filmmaker Alex van Warmerdam hopes to subvert those expectations by crafting an almost absurdist, Beckett-style drama between two contract killers hired to take out the other. Such is the premise of Schneider vs Bax, where two seemingly normal individuals reveal their true colors when put to the test of trying to kill one another. Director van Warmerdam, who brought us the devilishly delightful Borgman a few years prior, also stars as one of the titular leads, Bax, adding a compelling layer of personal subtext to his conflicted on-screen persona. Yet despite being able to create an enticing mood with beautiful cinematography and a deliberately methodical pace, Schneider vs Bax does little to deliver on its auspicious prospects, and all that remains in the end are fragmented concepts that fall to the wayside.

The initial setup and introduction to our two primary characters, Ramon Bax and Schneider (Tom de Wispelaere), is deceptively coy. Getting ready to head out for what seems to be a typical day at the office, Schneider kisses his wife and two daughters goodbye as they prepare for his birthday party later in the evening. This idyllic portrayal of family life is a central contrasting theme for the two characters, as Bax struggles to cope with his unstable daughter having a mental breakdown. In a bit of an ironic twist, van Warmerdam’s own character is a drugged-out and depressed writer who also happens to secretly be a hitman as well. When the handler of both men, a mischievous old man named Martens (Gene Bervoets), accuses each of them to be a child killer, it triggers a race for the men to off one another before the day has ended.

Bax lives in a remote cottage amidst a tranquil lake with water reeds adorning it from every direction — a gorgeous scenic backdrop for the slow, calculated movements of the hired killers. The location, costumes, and cinematography lend the film a soft-pastel color palette, an important stylistic choice as the sun-kissed vibe and surreal tranquility lend to the absurdity of the situation. As each killer encroaches the other, more problems arise from an annoying park ranger to a pimp and prostitute. One particular scene steals the show: a disgruntled girlfriend returns for revenge with a strapping young lad to kill Bax because he kicked her out of bed earlier in the day.

It’s a Spy vs Spy type premise, but van Warmerdam intentionally does little to raise the stakes beyond the occasional missed bullet. The reason is that character development is of utmost interest to the Dutch filmmaker, for he plays with the changing allegiance the audience will have towards each character. Who is really good and who is really evil? Is the whole affair just one big case of schadenfreude for van Warmerdam to revel in? Either way, Schneider vs. Bax is hardly the titillating thrill ride you might expect from its premise, offering instead a picture that seeps itself into the sub-conscious — much like a stale brewed cup of coffee that gives you a headache instead of a caffeine rush. It might have helped if Borgman emerged from the ground to spice things up.