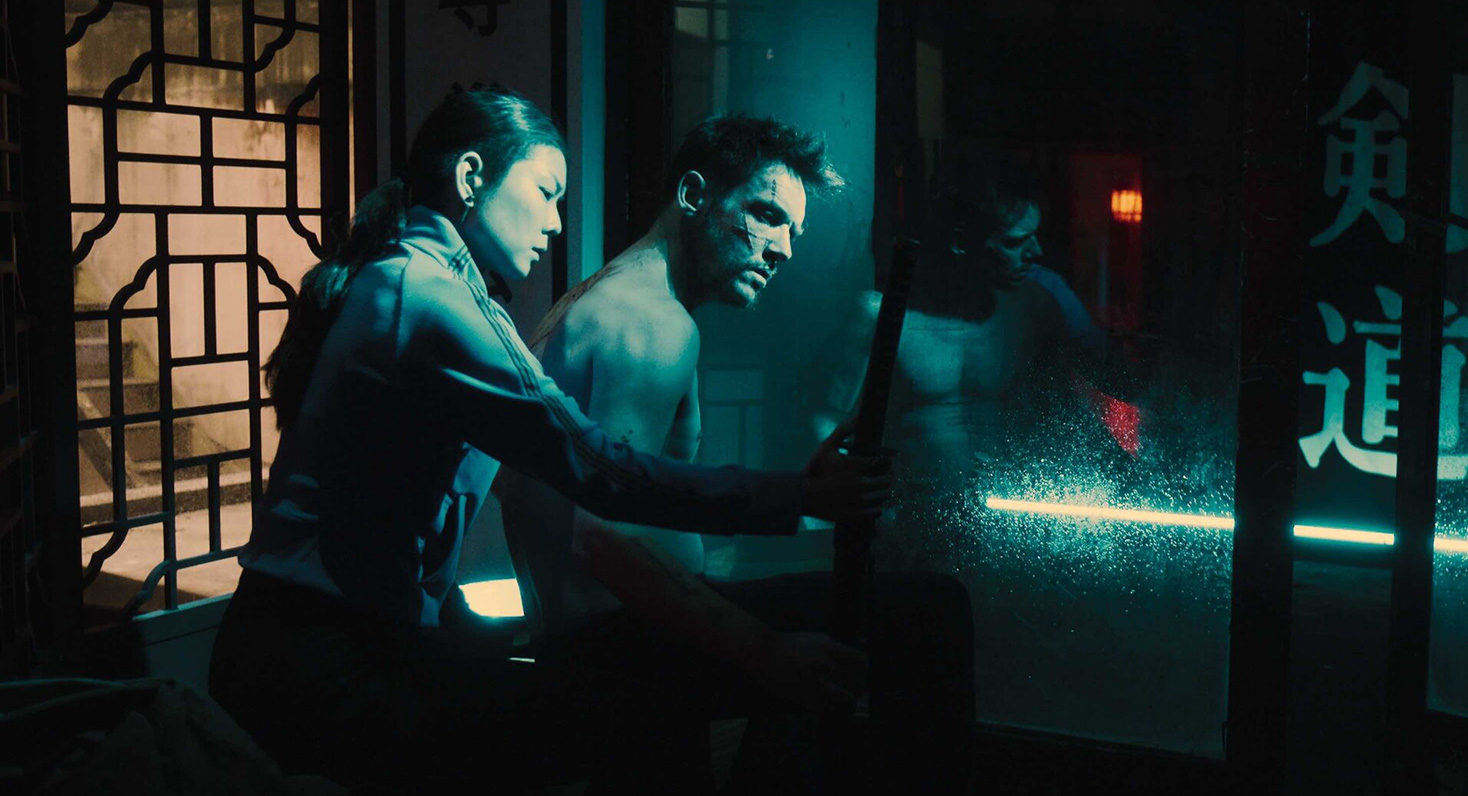 We enter 20 years into the past at a birthday party in Japan. This wealthy family spared no expense for the celebration but no amount of money can stop what’s coming. Swords are drawn, guns are fired, and soon enough everyone is dead—save a little girl taken from her mother’s lifeless arms. The assumption is that the victors have stolen her to nurture as their own before the inevitable discovery of her real heritage and subsequent desire for revenge. Learning the opposite to be true is thus a confusing hiccup once we fast-forward to present-day Brazil and find Akemi (Japanese singer-songwriter MASUMI) mourning the death of the man who raised her: a man she calls Grandfather. How did she get there? We’ll find out soon enough.

Director Vicente Amorim and fellow screenwriters Tubaldini Shelling, Kimi Lee, and Fernando Toste have no qualms with Yakuza Princess—based on the Brazilian graphic novel Samurai Shirô by Danilo Beyruth—keeping us in the dark as long as possible. Akemi is too. She knows nothing of her past. Her grandfather never mentioned it and she never saw the need to wonder until his untimely demise during a violent mugging. If not for the serendipitous appearance of an unnamed, katana-wielding amnesiac (Jonathan Rhys Meyers) who broke into her apartment right before three guys arrive with rape on their mind, her story may have ended right then and there. Not that she wouldn’t have taken at least two out first.

More than Meyers jumping into action to help fend them off, however, is the appearance of yet another stranger (Tsuyoshi Ihara’s Takeshi) shooting his gun at them both. Akemi had led a quiet life up until now, working part-time at a knick-knack shop when not training with her sensei. Suddenly the man who raised her dies and all Hell breaks loose, forcing her into running for her life with no one (except an amnesiac) by her side. Some of the people in her circle know bits and pieces to nudge her in the right direction after finding a photograph from that aforementioned birthday party containing more questions than answers, but no one could have imagined where those secrets will lead: curses, guardian angels, and inheritance.

And that katana is the key. Meyers’ ronin wakes up in the hospital with a handcuff on his wrist, cops asking questions, and scars across his face. The sword is all he has and we’re led to believe he was found with it inside him. Its inscription is thus his only lead towards identity. If he can find the owner, he can find out who did this to him; maybe the “why” opens the door to the rest. That it’s led him to Akemi and a war with Japanese Yakuza only makes the mystery more curious and deadly. We can easily infer answers ourselves, considering the sword’s connection to Akemi’s grandfather, but that merely scratches the surface until ghosts, murderers, and Takeshi finally fill in other blanks.

Yakuza Princess proves a narrative step-up from Amorim’s previous effort Motorrad (itself based on characters drawn by Beyruth). The intentional holes that increase suspense and intrigue cause the first two-thirds of the runtime to be slower than you might expect—there are few extended fights besides the one pitting Akemi, Meyers, and Takeshi against each other—but the action ramps up once things come into clearer focus with an atmospheric cat-and-mouse chase in the fog of a graveyard and an all-out battle with higher stakes courtesy coming face-to-face with the man that decimated Akemi’s bloodline (Eijiro Ozaki’s Kojiro). There are some obvious visual callbacks and clichéd shifts in allegiance along the way, but each fits considering the heightened nature of this comic-sourced world.

I would have liked Amorim and company to go further towards that aesthetic. Even though there are allusions to spirit guardians and the like, such aspects are treated with realism and thus less mystical than unexplained. Akemi’s transformation from unassuming twenty-something contemplating leaving her home for adventure to determined general in a war she literally just learned about is abrupt as a result too. Without leaning harder into the fantastical, a lot of what occurs seems rushed because we’re told her reality is beholden to the rules of our own. A bit more flourish à la John Wick could have helped avoid that expectation. But who am I to know? I’m neither proficient at killing nor hell-bent on revenge. Maybe the switch just flips.

Ihara and Ozaki are memorable as the Japanese transplants on foreign soil trying to start and finish a long-dormant rivalry. They’re old school in a way Meyers and MASUMI aren’t. Just because the latter two are a step apart, however, doesn’t mean they’re out of place. She’s trained for this and he’s obviously a professional—they’ve simply not been culturally indoctrinated with the same honor code to either respect or reject. Both are very good, too. It’s an out-of-the-box role for Rhys Meyers and this is hardly an easy debut for MASUMI, but she handles it quite well regardless.

The whole is not without flaws and eventually falls prey to the “this was really an origin story” bid for sequels, but it is enjoyable. I wish there were more answers as far as the mythology goes with the mysterious group of “friends” that help Akemi along the way, but they do serve their purpose while leaving room for interpretation if we never end up revisiting this universe. Kudos to the fight sequences for giving us a bit more weight than Hollywood’s quick cuts (although the choreography definitely skews closer to that style than wide-lens long-takes) and to the mixed-gendered leading pair for existing without the need for ham-fisted romantic undertones. Amorim keeps plot paramount in a way that ensures a streamlined journey towards its long-awaited crown.