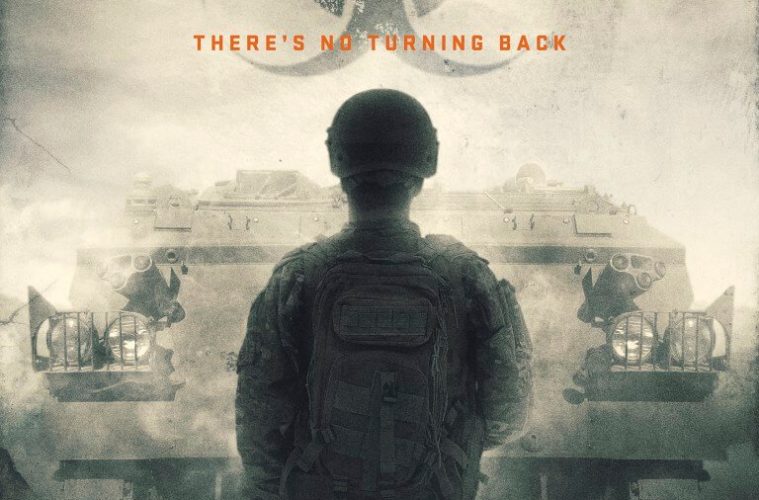 Director Ben Wheatley is showing his eye for talent by putting his name behind a guy who’s worked closely with him since 2011’s Kill List. A filmmaker in his own right, camera operator Nick Gillespie has stayed by Wheatley’s side on every subsequent project up to and including the forthcoming Free Fire. This time around it’s he who’s providing the claustrophobic thriller as writer and director of Tank 432 (formerly known as Belly of the Bulldog). It’s a doozy too—all mood, atmosphere, and mystery with our own confusion about the action mirrored in those onscreen. All they know is that they have orders. Extract their prisoners, survive the war, and write everything down. But while they know what to do, the why seems universally out of reach.

Think The Maze Runner, but for adults. I’m not saying The Maze Runner is specifically for children, but you can’t deny it wears its foreshadowing of inevitable resolution on its sleeve rather than embracing its inherent mystery with a more radically evasive bent. To do so Gillespie has infused the similarly themed Resident Evil‘s abject dread, another work that shares this promise of danger lurking in the shadows. He also strips away the popcorn action sheen of their Hollywood underpinnings, utilizing a cerebral sense of intuition and military hierarchy instead. There’s no handholding involved or a desire to leave us breadcrumbs in order to decipher the bigger picture. Gillespie isn’t interested in such large-scale, over-arching answers. The inhabitants trapped within this unknown carnage trump the world supplying it. We’re dropped into the fray without warning as Reeves (Rupert Evans) runs through the gray, post-apocalyptic forest to reunite with his unit led by Smith (Gordon Kennedy). We don’t see what’s chasing them, only fear and the after-effects of their enemy’s power. Capper (Michael Smiley) is in excruciating pain, his leg ripped open to the bone. Evans (Tom Meeten) is losing his mind with guilt as though he’s the reason chaos has begun raining down upon their heads. Gantz (Steve Garry) is Mr. Army with gun raised, chortling in response to the “rookies” surrounding him with weak stomachs; Karlsson (Deirdre Mullins) does her best as medic to calm everyone down and reclaim a sense of order; and Smith holds tight to his hooded captives clad in orange jumpsuits.

Escape is the group’s number one priority and they search for a means to do so. Headless corpses are discovered, a broken-down Jeep proves worthless, and a wild survivor of whatever went down is found in a shipping container amidst crazed drawings as a fit of seizure takes hold (Alex Rose March). Hard choices are made, good men left behind, and this wide-open expanse of nature—growing smaller as each enemy combatant (Alien? Monster? Doctor Who character asking for his “Mummy”?) appears out of nowhere—is soon replaced by the tight quarters of an abandoned tank. Locked in, scared, and completely on-edge while Karlsson continues supplying sedatives through needle and pill, the situation devolves quickly into paranoia as even more questions with unknown answers creepily arrive. Gillespie has a deft handle on his dispersal of information. We don’t question that the characters are unaware of their situation because there’s no reason to think so. Only when it’s time to enter the tank does uncertainty as to the value of the hostages become known. Only when one of those hostages (April Pearson‘s Annabella) asks Reeves what it is they’re running from do we begin to wonder about the validity of everything that we’ve seen. When he sleeps he sees flashes of events—memories of incidents we’ve already experienced as nightmare amongst the loud soundscapes and serene landscapes sped-up to disorient us. The second night is different, though. These glimpses are foreign. Are they future? Past? Reality or drug-addled fantasy? The possibilities are endless.

It’s intriguing because I thought time travel was involved as soon as Gantz stumbles upon the headless bodies that seem to mimic their numbers. Was some sort of loop occurring? There’s not, or at least not in the way I imagined, because Gillespie seems keenly aware of the usual tropes his visuals predict and makes sure he travels in another direction (no matter how subtle the difference) instead. He spends three-quarters of his run-time setting up the insecurity at play, pretending his characters know everything before alluding to the fact only some do before finally exposing the complete ignorance of all. It’s not a twist that he’s working towards, though. The end is a perfect encapsulation of the uncertainty he’s cultivated. Who lives and who dies is inconsequential. Rather than wonder what the red powder, frightening creatures, and weird gaps in memory are, we focus on what it is they do. We begin to process something isn’t quite right and as such commence our own internal accusations towards those we believe are behind it. Sanity fractures into chaos—life becomes death and from death comes life. Identities shift as motion slows to a crawl, the only thing any can grab hold to with confidence is chain of command. Smith refuses to relinquish his authority and the rest follow his orders without question no matter what happened to the person who previously attempted the same job. Fear and power become commodities to exploit and wield, the unknown calling for swift reactions rather than any pauses for clarity.

There’s a good side and bad yet neither knows why. A third party looms outside both with a distinct lack of sympathy to either. Its presence is from a distance; its strength seen only through a wake of decapitated bodies rather than actual eyewitness accounts. We become trapped inside this world alongside Reeves and the rest as confusion awakens frustration and mistrust delivers rage. These soldiers who once prided themselves on camaraderie with a “leave no man behind” attitude suddenly become selfish and opportunistic. Peace disintegrates as violent tempers increase and the truth pushes them against each other, this war transforming into an internal battle of futility. Who needs an enemy when you start believing your friends are out to get you? What fresh Hell is this?

Tank 432 screened at Fantasia International Film Festival and will be released on November 25.