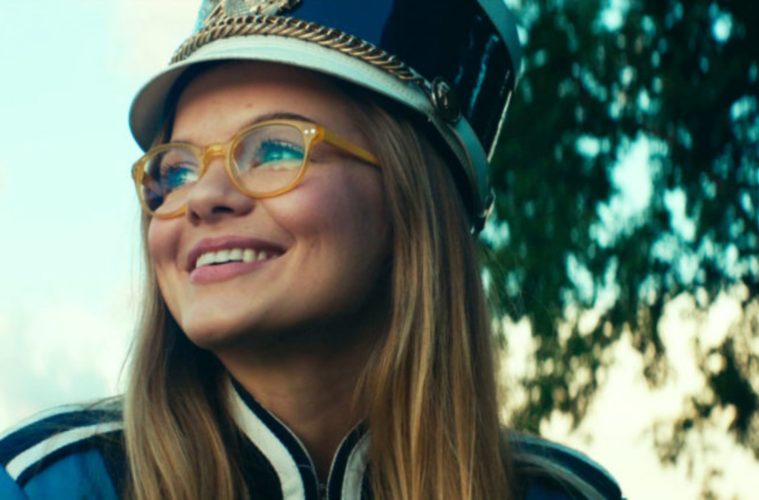 Fantasia Review: In ‘Knives and Skin,’ a Disappearance Opens Up Personal Voids

When Laura Palmer is found dead and wrapped in plastic, her tragic end ripples throughout David Lynch’s Twin Peaks to devastating effect. An outsider in Agent Cooper enters the town to decipher the circumstances surrounding her demise with a cheery disposition that never fades—a direct contrast to the idyllic scene of nature and diner pies soon torn down as though a curtain clenched by the former homecoming queen’s hands, her final wish being the exposure of what lies beneath. It’s a dark tale layered in sin, a pervasive human evil attacking everyone within reach until even the purest of heart succumbs. Lynch paints it with a stylized, hyper-real affectation highlighting society’s desperation to survive its intrinsically pessimistic machinations, the melodrama amplified until happiness becomes rendered as fantasy.

What if this wasn’t the case, though? What if Laura’s murder was instead a sacrifice that allowed those around her to awaken from listless existences fueled, for better and worse, by convention? This answer is what writer/director Jennifer Reeder presents with Knives and Skin. Her tragic soul is Carolyn Harper (Raven Whitley), a teen juggling the complicated push and pull between personal desire and parental authority. Is she perfect? No. She’s let old friends drift away and is considered “mean” by some, but she enjoys life as best as anyone can in universally complicated shoes. But where she can start and finish a midnight rendezvous with Andy (Ty Olwin’s football captain) on her terms, death is rarely ever ours to control. Grief can, however, help combat its inevitability.

This is what the community discovers when Carolyn disappears one Friday night. And rather than an FBI inquiry, her missing persons case is given to the local sheriff (James Vincent Meredith’s Doug Darlingon) who is also the father of two of her classmates. He does his best to wade through the struggle of knowing someone his kids’ age is lost and seeing how it has affected her distraught mother (Marika Engelhardt’s Lisa). The rest of this Midwest town’s inhabitants confront where they are personally and professionally in their lives too now that the randomness of it all evaporating comes into clear focus. They begin to reconcile the unsatisfying feelings they have towards relationships and responsibilities that should bring them happiness with those alternatives that actually do.

As such, Carolyn’s absence is less a void to fill with a solution then it is a catalyst to discover the personal voids they’ve either ignored or bandaged unsuccessfully for too long. Dismissing all football players as insensitive jocks isn’t making Charlotte Kurtich (Ireon Roach) happy, but maybe giving the boy she tutors (Jalen Gilbert’s Jason Kendrick) a chance could. Laurel Darlington’s (Kayla Carter) union with Andy provides nothing but suffering, but it upholds an image with her as cheerleader and him as athlete. What would the school say if she left him for another girl (Emma Ladji’s Cauleen Gilliard)? And why shouldn’t Joanna Kitzmiller’s (Grace Smith) unsavory business practices help her go to Sarah Lawrence College and become just like the liberal idols ironed onto her shirts?

It’s not just the children finding a fire within them to fulfill their heart’s desires either as Mrs. and Mr. Kitzmiller (Audrey Francis and Tim Hopper) prove to be two depressives hiding internally in her room and externally in the arms of another woman respectively. Mrs. Darlington (Kate Arrington) is fighting her own marital malaise with a devastating lie and Mrs. Harper finds herself crossing boundaries once she smells her daughter on Andy’s skin. They’re all troubled people searching for clarity in the wrong places despite that which would alleviate their anguish being directly in front of them. Taking that leap is hard, though, when you don’t believe you have an avenue for escape from the “normal” lives set before you at birth. That risk can be terrifying.

It’s thus a magical thing when Reeder lets them open their wings and fly. Sometimes it’s a cutting verbal barb or a devastating blow to the head with a folding chair, but it’s always this profound cathartic release. The characters might act as off-the-wall as those in Lynch’s Twin Peaks, but it’s not in service of an overarching, obtuse mystery or strictly surreal moment of chaos born from pent-up rage. The score soars in a similar way and the eccentricities multiply, but it’s to show their ever-present growing pains on an individual level. How does one relationship change its partners to then impact another? How do they overcompensate, misjudge, and overreact? How do they retreat, recalibrate, and fight to assertively declare strength in the face of clichéd drama?

Knives and Skin fearlessly expands beyond its actors too by imbuing intrinsic value and purpose to objects whether as totems, shrines, or symbols of love pulled from their lovers’ bodies. Reeder has her cast singing 1980s songs via choral arrangements to infer upon the moment with their lyrics and emotionally through their powerful sense of purpose (“I Melt With You”, “Our Lips Are Sealed”, and “Promises Promises” amongst others) with one serving as a profoundly important narrative linchpin a la “Mad World” in Donnie Darko that’s spread over numerous characters like “Wise Up” in Magnolia. That she so effortlessly moves from the severity of such sequences to the restrained humor of others can’t be undersold since that dynamic is crucial for the film’s intentional artificiality to resonate as wholly authentic.

It’s necessary because there’s a talking shirt-printed tiger, ample glitter glue, luminescent glasses, and alcohol-soaked tampons that will make you laugh, shocked, or confused. Reeder comments on topics ranging from fashion with nail colors named “Bloody Corpse” to rape culture with her women putting their abuser in his place before ensuring everyone knows it (including him). She gives these teen girls a complex voice that suits their evolving hormones, ambitions, and identities in ways that let them dictate their own paths forward no matter what the voices of tradition say in their heads. And she also lets them acknowledge their mistakes—kids and adults alike. That’s how you get better. That’s how you cope. Carolyn might not get to learn from hers, but the rest still could.

Knives and Skin played the Fantasia International Film Festival and opens in limited release and on VOD on December 6.