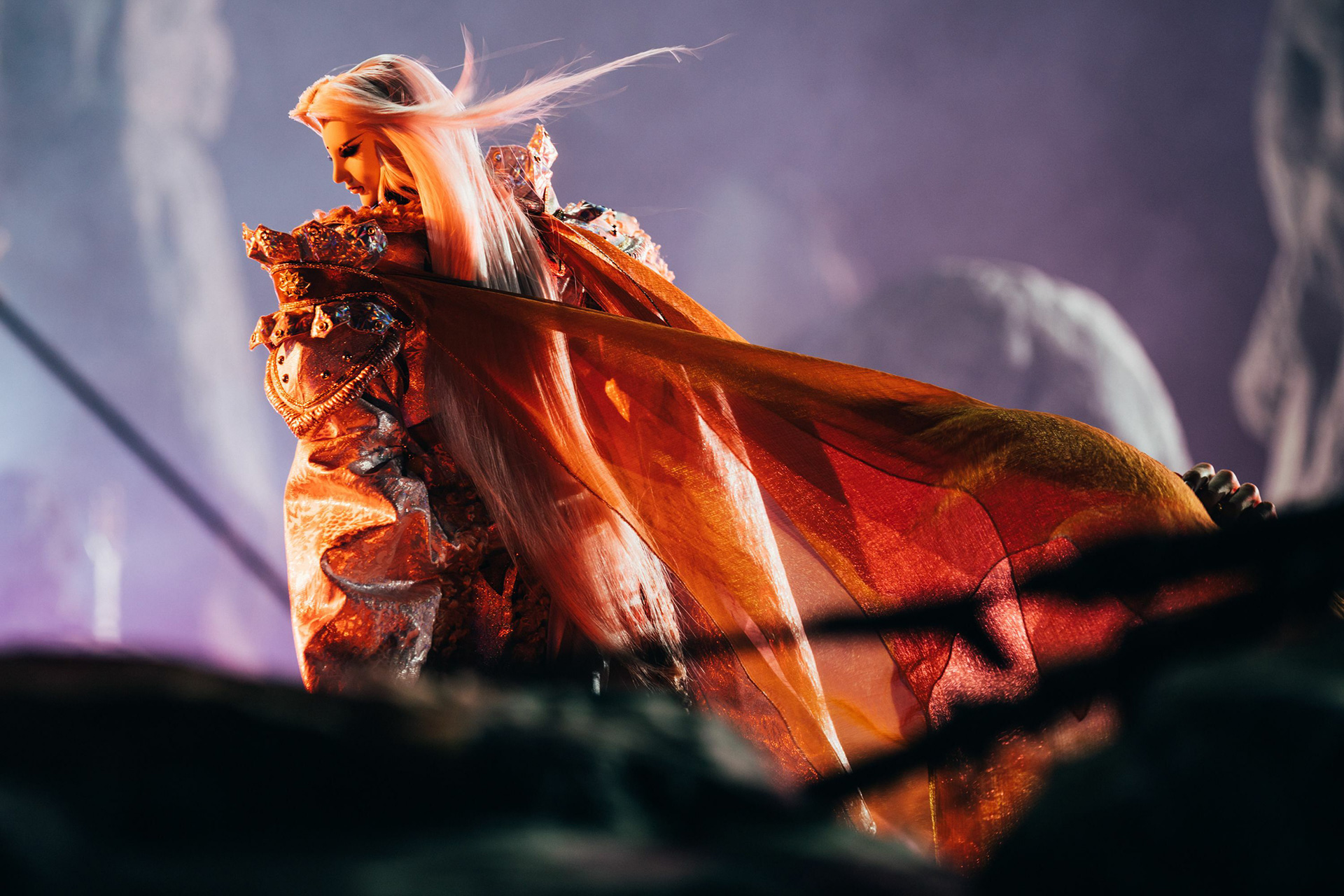 The Huang family and Pili International Multimedia are back on the big screen, two decades since their feature debut Legend of the Sacred Stone, and if the end credits of Chris Huang’s Demigod: The Legend Begins are to be believed, they have many more chapters in-store for their hero Su Hua-Jen. Utilizing the Taiwanese technique of budaixi (operatic glove puppetry), expert cinematography to hide the puppeteers, and impressive computer augmentation for special effects, this tale of leadership strife in the Wu Lin mountains’ five kingdoms unfolds like any live-action wuxia might.

A young doctor of acupuncture becomes fatefully embroiled in a battle between two qilin Gods, his decision to interfere turning the tides of the fight and leaving him destined for more than his master could ever imagine. It’s upon returning home that we learn where Su fits into this world. An orphan raised by the Eight-Toed Qilin, he’s been taught to never use martial arts unless absolutely necessary. If someone attacks, he’s to defend until they stop. He’s a healer—renowned for expertise to cure whatever ails you and infamous for his debts to the local book-lender via his search to discover his origins. The princess Yu Xin darkening his door one night is thus an opportunity he can’t ignore. Despite his master refusing permission to get involved in the world of war (the Lord of Globe Castle requests Su’s medical services to quell his brother’s attempt at the throne), doing so will ultimately grant him access to the elusive Limitless Celestial Book.

What follows is an elaborate murder-mystery-turned-battle for world salvation as Su becomes framed for the Lord’s death. Yu Xin wants his head while her adoptive brother Yu Huan (Su’s best friend and fellow orphan) is placed in jail for being an accomplice. Eight-Toed Qilin is ready to excommunicate his apprentice for daring to ignore him and Su’s assistants (a goofy pair of comic-relief opportunists who will do anything for money before revealing a surprising sense of loyalty) have run off with his copper. Su is thus left alone to figure out what happened and perhaps set things right. As the deceit and subterfuge compounds, however, he’ll soon be wanting vengeance. And with powers bestowed by that aforementioned God, he might just get it.

If not for all the close-ups to help shield its artifice, Demigod could be confused for stop-motion animation due to its fluid movements and porcelain-doll-like detail. That’s not to say the action isn’t still effective with a mix of shots to keep some semblance of “wire-work” martial arts in there via twirls and spins. I love the punctuations, too, whether it be a foot stomp stop that breaks a tiled floor or a splash of blood on leaves or roof shingles signaling a fatal blow. Add some magical embellishments with glowing light and explosions and we really become embedded into the fantastical nature of “Divine Perfection” granting a user unparalleled strength. It’s no wonder everyone is jockeying to take control of Globe Castle and wield its power.

It’s good, then, that our hero isn’t among them. This isn’t about an heir seeking their chance to lead or take back what was stolen à la Hamlet. It’s about an onlooker who lives outside the system finding himself embroiled in the drama by way of a personal quest for answers about his past. If not for the moral compass Eight-Toed Qilin instilled in him from youth, Su could have simply ignored it all and sequestered himself as agreed. Knowing he could help ultimately forced his hand. And when things go sideways he also knows that weakening Yu Xin’s family’s claim on the throne will only make the five kingdoms less safe. Whether he wants to or not, lifting his sword becomes crucial to preserving the peace.

Huang obviously has lofty goals for Su Hua-Jen—the credits begin with multiple paintings labeled by titles we assume are for sequels, while a final stinger teases the introduction of a new character and, thus, a new fight. If the filmmaking remains this impressive, I’ll admit to being excited for what’s in store. Because while this entry does contain a lot of action choreography leading to its climactic cliff-top battle between light and dark, it is still an origin tale—an incomplete one at that when we still don’t know where Su comes from. By already having him imbued with the qilin’s power and respect of those he selflessly stays to defend, however, subsequent films can ramp up the complexity while delivering even bloodier and more exotic adventures.