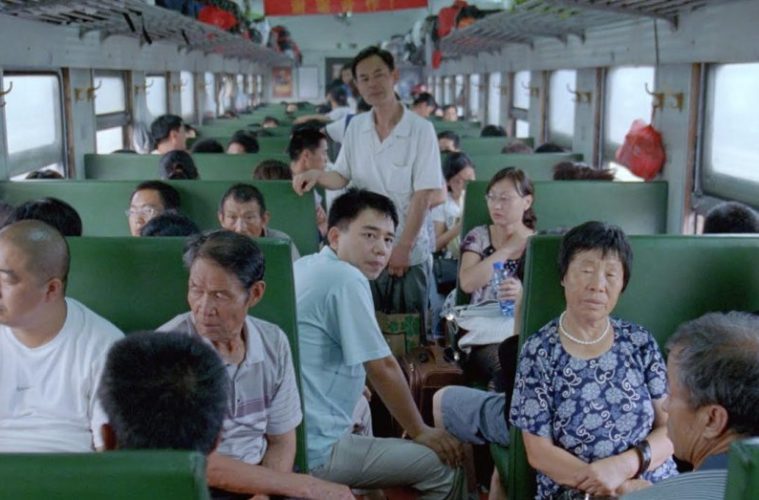 “Is this the present China, the old China, or the future China?,” director Wang Xiaoshuai asks in the new trailer for his expansive yet personal documentary Chinese Portrait. Shot over the course of ten years on multiple formats, this new film from the director of So Long, My Son takes a look at a changing nation through the filmmaker’s own eyes as we see life and work distinctly captured in a series of tableaus. Ahead of a U.S. opening on December 13 at NYC’s Museum of the Moving Image, we’re pleased to premiere the new trailer, courtesy of Cinema Guild.

The Hollywood Reporter’s Clarence Tsui said in their review, “A ceaseless stream of tableaux showing how people study, work, pray and worry in cities and villages across China in the last 10 years, Chinese Portrait makes an offbeat addition to acclaimed director Wang Xiaoshuai’s filmography and is the first full-length documentary in his career. It also sums up what he has been trying to achieve in three decades of highly varied fictional features. True to both its English and Chinese (My Lens) titles, Chinese Portrait is a subjective and utterly revealing snapshot of the state of Wang’s country.”

See our exclusive trailer premiere below.

From acclaimed director Wang Xiaoshuai (Beijing Bicycle; So Long, My Son) comes a personal snapshot of contemporary China in all its diversity. Shot over the course of ten years on both film and video, the film consists of a series of carefully composed tableaus of people and environments, each one more extraordinary than the last.

Pedestrians shuffle across a bustling Beijing street, steelworkers linger outside a deserted factory, tourists laugh and scamper across a crowded beach, worshippers kneel to pray in a remote village. With a painterly eye for composition, Wang captures China as he sees it, calling to a temporary halt a land in a constant state of change. Chinese Portrait opens on December 13 at NYC’s Museum of the Moving Image.