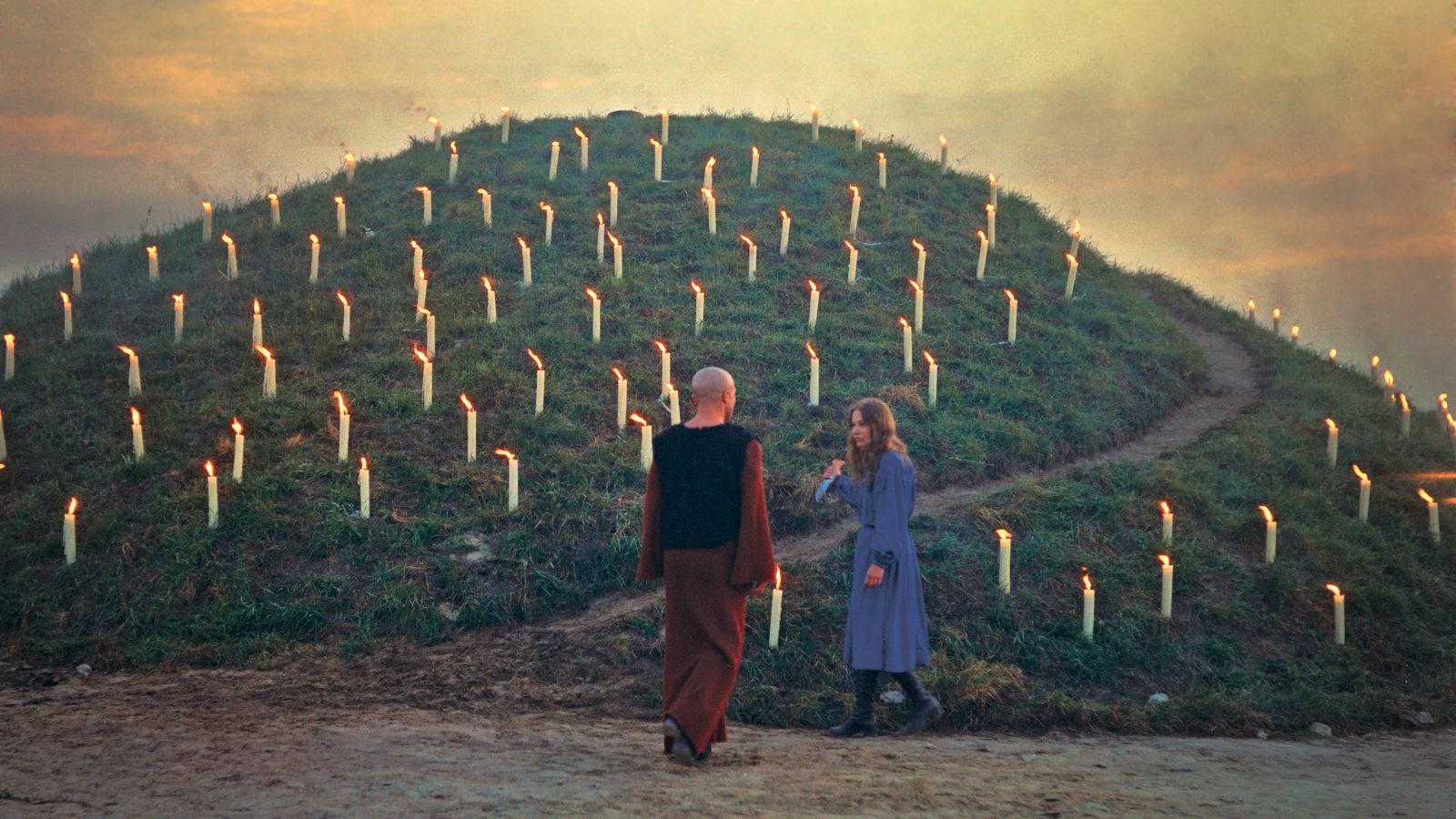 One of the major restoration events of the last year is six remarkable films from Hungarian master Miklós Jancsó, who passed away in 2014. The 4K restorations by the Hungarian National Film Archives from the original 35mm camera negatives are now finally rolling out wider following screenings last year, including 1965’s The Round-Up at NYFF––where I had an introduction to Jancsó’s formally arresting masterwork––and the rest of the group at the American Cinematheque.

Now, thanks to Kino Lorber, the six films are coming to Metrograph starting Friday, both in theater and at home, and we’re pleased to debut the exclusive trailer and poster. The restorations––which also include The Red and the White (1967), The Confrontation (1968), Winter Wind (1969), Red Psalm (1971), and Electra, My Love (1974)––will tour select cities before being released on home video and digital this spring, specifically on April 12.

Before the trailer, Martin Scorsese had high praise for the works of Jancsó in a new introduction, which can be read in full below.

In the 1960s, there were artistic revolutions and revelations exploding all around the world—between the movies we were seeing and the music we were listening to, it was like living at the heart of a supernova. At this point, the connection to that moment is fading. Fewer and fewer people know the films or the people who made them, even people like Fellini and Bergman and Truffaut. Or Miklós Jancsó, the Hungarian master.

One of the major preoccupations of that era was the need to make a genuinely political cinema. What should a political film cinema be? Should it look to past, to the great Soviet films? Or to the plays and writings of Bertolt Brecht? Should it be rousing and melodramatic, or icy and analytical? Was Jean-Luc Godard the answer? Alain Resnais? Chris Marker? Of course there was no definitive answer. There were only individual responses, from individual artists.

Jancsó burst into our consciousness with The Round-Up, which dealt with the Hapsburg government clampdown on the remaining members of a band of revolutionary guerillas jailed in a prison camp on the Hungarian steppe. Shot in stunning black and white Scope, the picture seemed to encompass every possible approach to political cinema and then to transcend them all. It was virtuosic, a tour de force of choreography for the camera. It was precise in its portrayal of raw power, but it was also emotionally gripping. The setting and the story were severe but the picture was thrilling—a grand, tragic vision that left us feeling uplifted. The Round-Up, followed by Jancsó’s The Red and the White and Red Psalm and Winter Wind, made us all want to go home and get to work.

At long last, The Round-Up has been restored, along with 5 other Jancsó pictures. Kino Lorber is presenting the package, and it will be seen in repertory cinemas around the country before it’s available at home. If the films are scheduled to show near you, then don’t miss them. Because I’m telling you now: this is essential viewing.

Watch the trailer below and see the new poster designed by Adam Maida.