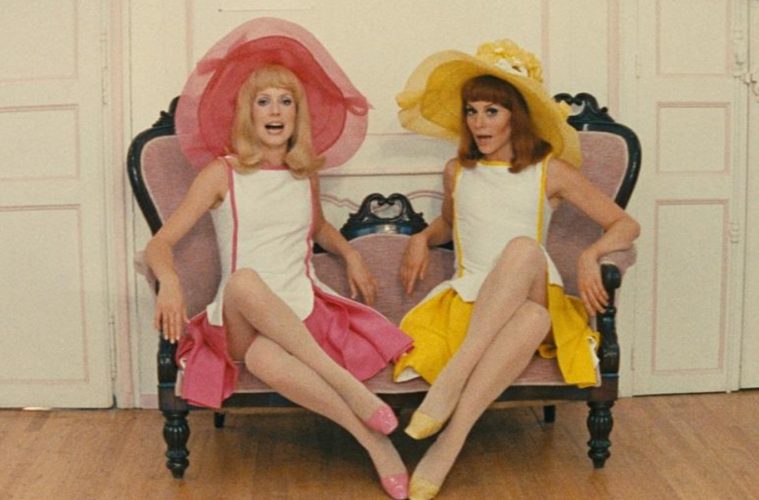 A central figure in French cinema, Bertrand Tavernier has an encyclopedic knowledge of the craft of filmmaking akin to the likes of Martin Scorsese and Quentin Tarantino. The sense of history he possesses is seen in both his narrative and documentary, the latter of which is perhaps best exemplified in his recent film My Journey Through French Cinema. Clocking in at 3.5 hours, that 2016 documentary has now received a follow-up expansion with an eight-part series and we’re pleased to debut the U.S. trailer.

Titled Journeys Through French Cinema, the director-writer-actor-producer explores the filmmakers that most influenced him, how the cinema of France changed when the country was German occupation, the unknown films and filmmakers he admires (with a focus on female directors), and much more. From better-known filmmakers such as Jacques Tati, Robert Bresson, and Jacques Demy to ones in need of (re)discovery such as Raymond Bernard, Maurice Turner, and Anatole Litvak, Tavernier traverses a wide range of cinematic history.

Episodes 1-4 of Journeys Through French Cinema premiere on the Cohen Media Channel on January 1, followed by Episodes 5-8 starting February 1. If one missed the original film, they can view it here. Check out our exclusive trailer debut below, along with a synopsis of the first four episodes.

In the premiere episode of a wide-ranging cineaste’s survey, acclaimed director Bertrand Tavernier discusses filmmakers who have both influenced him personally and impacted French cinema history. The journey begins with an introduction to Jean Grémillon, whose film Le Ciel est à vous Tavernier first saw at age 17 and was immediately taken by. Tavernier extols the virtues of Grémillon’s emotional realism and makes the case for his place in the cinema canon as an unsung master. Next, Tavernier surveys the ouevre of Max Ophüls, spanning both American-made titles (The Exile, The Reckless Moment) and European classics (La Ronde and Lola Montès). The episode wraps with a look at Henri Decoin, whom Tavernier admires for his leaning into feminist narratives with films such as La Verité sur Bébé Donge as well as for his exemplary collaborations with composers.

Diving deeper into the work of iconic French filmmakers, Tavernier explores the formal and thematic approaches of Sacha Guitry, Marcel Pagnol, Jacques Tati, and Robert Bresson. He became familiar with the first two through the writings of future director François Truffaut, who championed their style as modern despite the naysaying of the majority of critics at the time. Tavernier hones in on how Guitry’s playful self-reflexivity in particular paved the way for the New Wave. A great admirer of both Bresson and Tati, Tavernier shows clips from Diary of a Country Priest and A Man Escaped, and Mr. Hulot’s Holiday and Playtime, respectively, to establish parallels between two seemingly radically different filmmakers both brilliantly utilizing space within the frame; and managing to balance bracing realism and fable-like storytelling.

The importance of music in French cinema history is recounted by Tavernier with palpable enthusiasm and a host of memorable tunes. The rich tradition of French actors coming to the silver screen from music-hall backgrounds (Jean Gabin, Magali Noël, and Charles Trenet, to name a few), is acknowledged and appreciated — as if the oft-overlooked contribution of directors to the process of songwriting for scores. After surveying the work of René Clair, Jean Boyer and more, Tavernier tunes in to 1960s musical high notes from Agnès Varda’s Cleo from 5 to 7, Louis Malle’s Viva Maria!, and Jacques Demy’s The Young Girls of Rochefort. His focus then shifts to concentrate on prolific director Julien Duvivier, whom Tavernier admires for not only his song expertise but also his austere formal rigor, technical precision, and creative use of sound.

Assessing the intertwining of artistic and political ferment of cinema during the German occupation of WWII, Tavernier cites the influx of expatriate talent from other countries as directors, cinematographers, and technicians left their native countries for political reasons — and brought new voices into French cinema while encouraging existing ones to speak out. Tavernier illuminates how numerous films made during this period advanced the powerful spirit of La Résistance against the anti-Semitic Vichy regime and dealt with difficult topics head-on. Filmmakers discussed include Russian-born Viktor Tourjanski, Germany’s Robert Siodmak (later to become well-known for his American-made movies starring Burt Lancaster), Jean-Paul Le Chanois (a.k.a. Jean-Paul Dreyfus), Albert Valentin (La vie de plaisir), and André Cayatte (a lawyer turned moviemaker).

Episodes 1-4 of Journeys Through French Cinema premiere on the Cohen Media Channel on January 1, followed by Episodes 5-8 starting February 1.