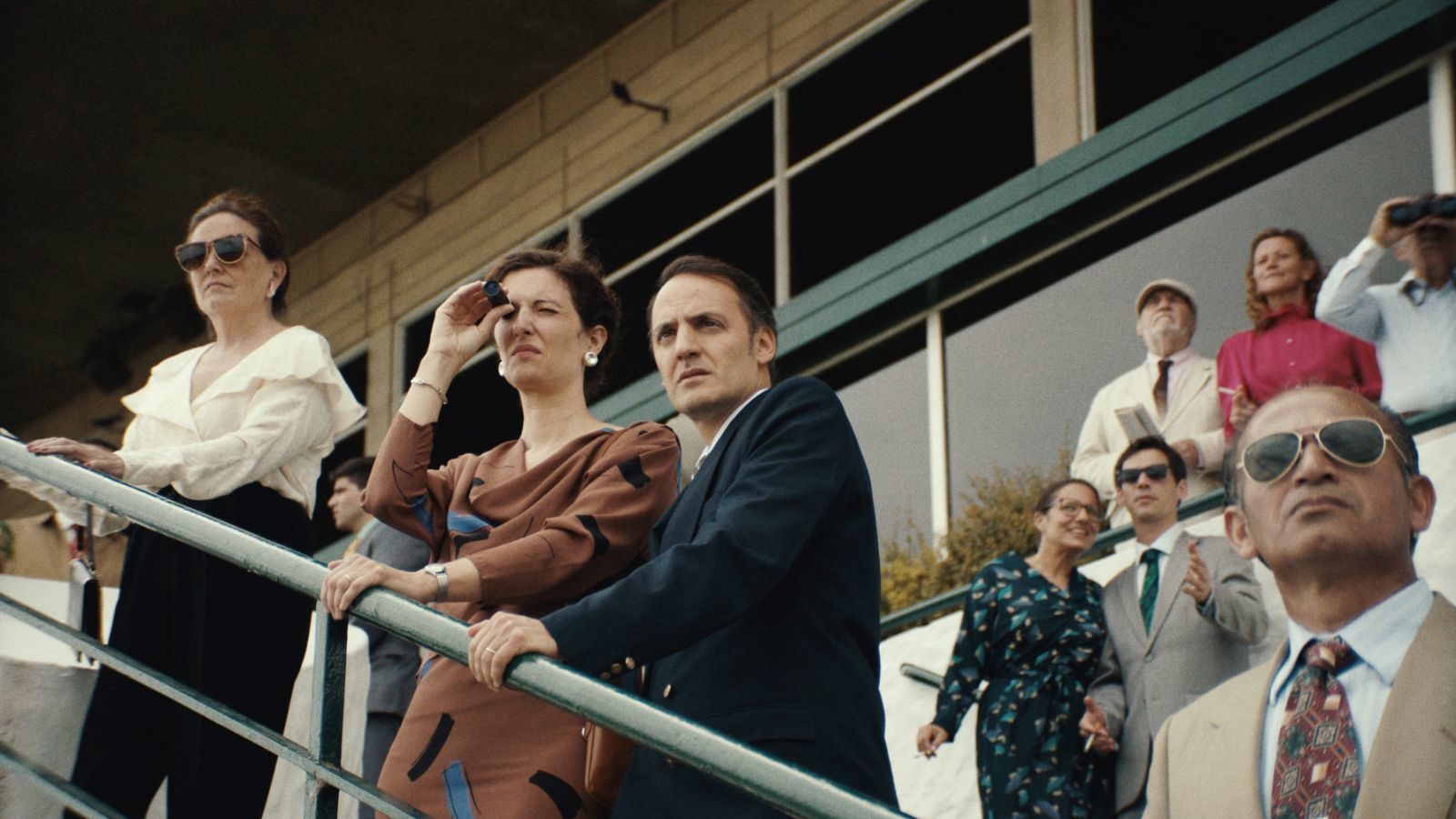 The festival seasons have been so crowded—blame a world-ending pandemic that pushes premiere after premiere into the same ten-day spans—that something as uniformly admired as Azor needs a second to breathe. Andreas Fontana’s political thriller, co-written by the brilliant Mariano Llinás (La Flor), immerses us in ’70s Argentina and the backroom dealings of a banker replacing his mysteriously (murderously?) vanished predecessor. As Mark Asch said out of ND/NF, “a film of almost Le Carréan subtlety, of oblique plotting, crouching dialogue, and guarded performances masking sinister realpolitik.”

An excellent first trailer has arrived from MUBI, who will release Azor stateside on September 10. On full display is what Asch called its “handsome, in tasteful wood-varnish browns and billiards-felt greens” aesthetic, more than a few shots that merit a rewind and pause, and promise of—dare we say?—dealings deeper than meet the eye.

See our exclusive premiere of the trailer and poster below:

Set in Buenos Aires, the film follows private banker Yvan (Fabrizio Rongione, the Dardennes’ Two Days, One Night) as he arrives from Geneva with his wife Ines (Stéphanie Cléau) to replace a mysteriously missing colleague and placate their moneyed clientele. Moving through the smoke-filled lounges and lush gardens of a society under intense surveillance, he finds himself untangling a sinister web of colonialism, high finance, and a nation’s “Dirty War.”

Azor opens in theaters on September 10.