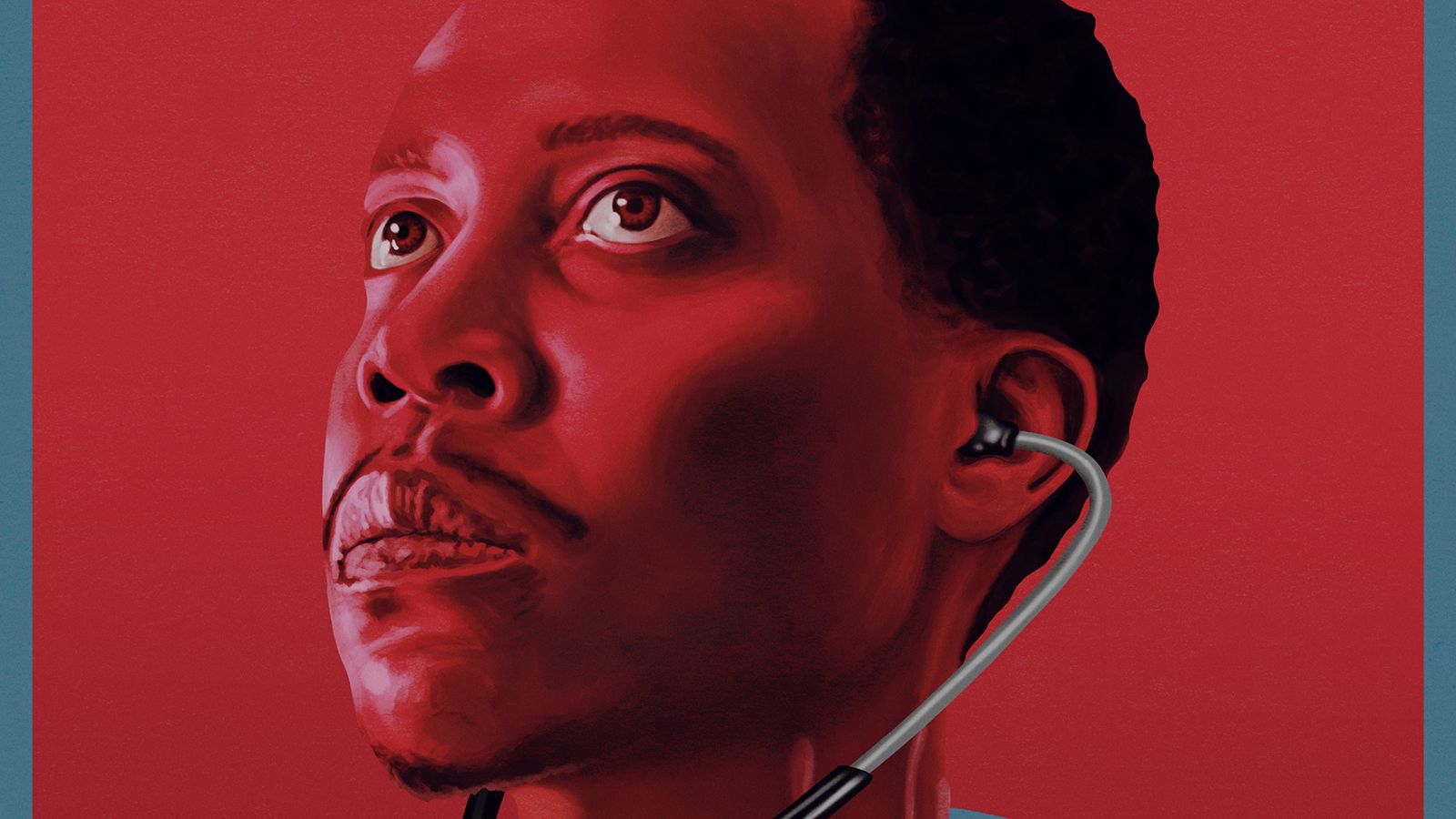 Following his SXSW winner and Indie Spirit nominee Saint Frances, writer-director Alex Thompson turns to the psychological drama for his next feature Rounding. Starring newcomer Namir Smallwood and Never Rarely Sometimes Always star Sidney Flanigan, the film––set to premiere tonight at Tribeca––was written by Thompson and his brother Christopher, a medical resident himself, and was inspired by his father’s stories of patients at work as a pulmonologist. Ahead of the premiere, we’re delighted to debut an evocative first poster.

Rounding follows driven medical resident James Hayman (Smallwood) who transfers to a rural hospital for a fresh start. There, the demons of his past start to catch up to him when he becomes consumed by the case of young asthma patient Helen Adso (Flanigan). As James’ claims grow increasingly alarming, Helen’s mother is determined to keep the case out of his hands and the hospital administration begins to question his mental fitness.

“Working on the poster for Rounding was exciting and it brought some surreal images to my head,” said poster artist Aleksander Walijewski. “The film itself balances between what’s real and what’s delusive and my goal was to combine it in this piece too. One of the things that developed was the stethoscope, which at first was tied around the character’s neck. Unfortunately it looked a bit forced visually. I thought that if the wire would go under and above the snow and its end would be under the candle fire it would sort of close the circle and emphasize that the character is having problems that burn him from the inside.”

The director also revealed more of his inspiration, saying, “In the 90s you could turn on AMC between five and eight in the morning on the weekend and watch black and white movies. They were mostly thrillers and melodramas, often with familiar faces that nonetheless weren’t as in demand as Stalag 17 or The Guns of Navarone, which had regular prime time spots throughout the week. My siblings and I often woke up early to catch this block, often turning on the TV in the middle of a gunfight, a machine gun appearing out of a violin case as my parents slept upstairs. Twisty and propulsive, they captured my imagination effortlessly and felt like connective tissue between the marquee films I’d watch with my grandfather, linkage between Curtiz and Sekely, Capra and Borzage. I learned later that many of these were “Poverty Row” films,  the so-called B-pictures that filled out what used to be a night at the movies. Like great independents today, their scrappiness hardly registered as a limitation; in any decade intention is cheap and free-flowing. “

“I grew up in a family of medical professionals,” added Thompson. “Dinner conversations often included black lung and bronchoscopies, and when asked how his day went, my father can be relied upon to reply: “I didn’t kill anyone.” At the start of lockdown in Kentucky he told me a story about a patient he’d seen frequently as a young resident whose story was strange and who he thought about often. At that time I realized I wanted to make the sort of film I’d woken up to on a Sunday morning; the thrillers I revisited in adulthood are particularly wry and messy, and wildly ambitious.”