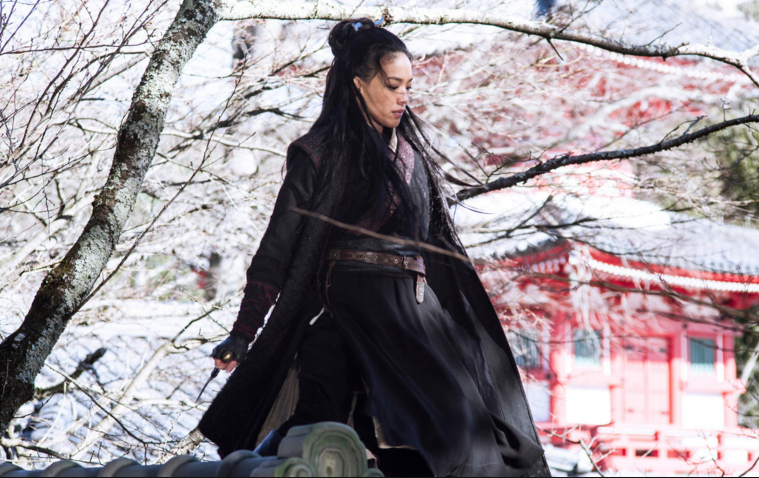 “This being a Hou movie, dialogue is predictably sparse. Details about the historical setting and the relationship between the characters are made doubly impenetrable by the fact that the script is composed in an archaic language used for literature,” we said in our review of Hou Hsiao-hsien‘s masterful The Assassin.

In our attempt to break down the plot, we added, “This much is clear: in 9th-century China, when the prosperous Tang dynasty found itself in decline and increasingly held hostage by autonomous garrisons, a young woman named Nie Yinniang (Shu Qi) is sent home after years spent in seclusion perfecting her swordsmanship. To steel her mind against all worldly attachment, Nie’s master orders the assassination of Lord Tian (Chang Chen), the governor of a dominant province who also happens to be her cousin. Subsequently, secrets about Nie’s past will be revealed and her killer instinct put to the test.”

Further helping one in breaking down the various relationships in the film, we’re pleased to present an exclusive infographic for the film that is currently in limited release and expanding. Centered on Nie Yinniang, it shows how she relates to each of the other dozen characters in the film. Check it out below (click for full resolution), and see our interview with the director, review, and more here. We’ve also included our exclusive alternate poster, in case you missed it.

The Assassin in now in limited release and expanding. See the full list here.