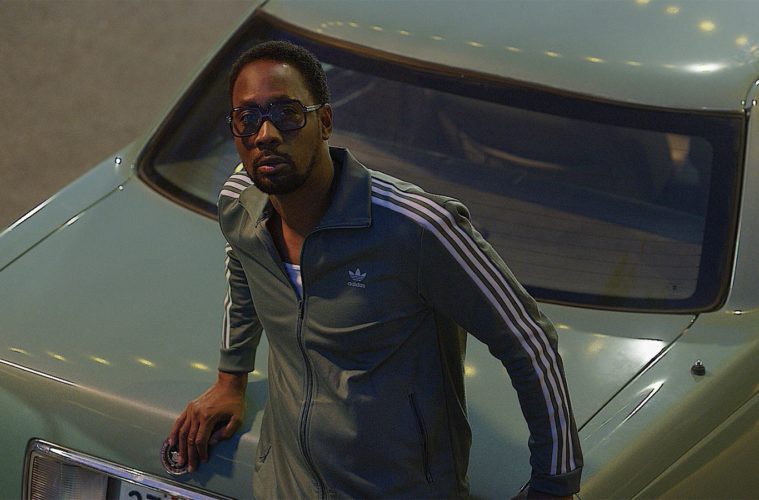 Now in its 27th year, Austin Film Festival continues to champion independent filmmaking and, for this year’s edition, a notable world premiere has its roots in the Texas town. Having grown up in Austin, Justin Corsbie will bow his feature debut, Hard Luck Love Song, at the festival later this month and today brings the first look.

The story follows Jesse (Michael Dorman, recently seen in The Invisible Man), a charismatic but down on his luck troubadour who finds himself at an existential crossroads as bad choices catch up with him during an unexpected reunion with Carla (Sophia Bush), an old flame. Also starring RZA, Dermot Mulroney, Brian Sacca, Melora Walters, and Eric Roberts, we’re pleased to exclusively premiere the first images from the film, courtesy of Synthetic Pictures.

“I spent my childhood in Austin, TX singer/songwriter bars owned by family friends watching performers like Townes Van Zandt, Guy Clark, Steve Earle, Billy Joe Shaver, and John Prine,” said Corsbie. “One of my earliest memories is watching my bohemian single mom perform poetry at a beer joint just before an unknown Lucinda Williams took the stage to play folk songs. These were performers who wore their hearts on their sleeves and often sacrificed their relationships for their art, and the transient, hard-partying lifestyle that typically accompanies it.”

He continues, “Hard Luck Love Song is an homage to acclaimed singer/songwriter Todd Snider and his song “Just Like Old Times.” It’s also a love letter to modern Americana music and the colorful characters who inhabit that gritty world I grew up in. Todd often says his stories are “mostly true,” and I was inspired by his uncanny ability to blend drama, humor, grit, and wit in such an authentic way. As in life, things are not always as they first appear and I find that especially true in our story, where characters have complicated layers and a depth that is uniquely compelling.”

Speaking to the film’s themes, the director added, “At its core, I see this as a modern day love story wrapped in a gritty, compelling character study. Some of my favorite films deftly follow that formula and I’m humbly trying to celebrate those classics through my story in a contemporary and timely way. Thank you for taking a look at these first look images from the film. I feel fortunate to have received such strong interest in the project so far and I’m excited about telling this story and getting Hard Luck Love Song out there.”

See the exclusive debut of the first images and poster below.