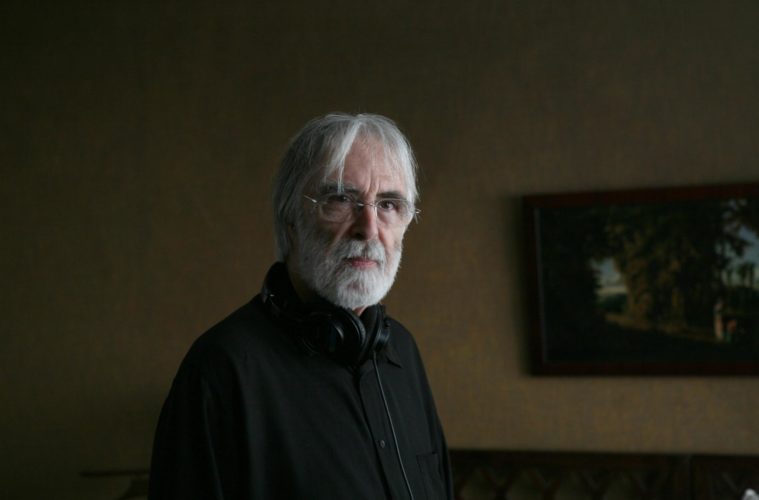 Michael Haneke, the auteur behind Funny Games, Caché, and The White Ribbon, spent two decades working in television, as his career blossomed slowly into what it is today. An icon in world cinema, his most recent feature, 2012’s Amour, may be his most celebrated work, and to recognize his 72nd birthday yesterday, we’re honoring the meditative filmmaker with a series of videos that dissect his films and his persona.

The first is a 50-minute expose from 2009 entitled Michael Haneke – My Life. In it, the Austrian director speaks about a number of unexpected subjects, including the merits and pitfalls of prizes such as the Palme d’Or (both the The White Ribbon and Amour were awarded this prize). The documentary is centered around production of The White Ribbon, but includes interviews with previous Haneke collaborators such as Isabelle Huppert and Juliette Binoche. Here, Haneke also offers a revealing insight to the grim and melancholic content of his films, saying, “ideally the impact of [a] scene would be such that people can’t watch.”

Next up is a 55-minute documentary from 2005 entitled 24 Realities per Second. Using Haneke’s quote as a starting point, “I always say that film is 24 lies per second at the service of truth or at the service of the attempt to find the truth,” directors Nina Kusturica and Eva Testor followed the director over a period of two years. As they captured him working, promoting, and traveling, it’s clear that Haneke’s work solicits close study and admiration. To the man I once saw at the New York Film Festival who had the word ‘Caché’ tattooed on his bicep, this one is for you.

If one needs to get reacquainted with some of the films mentioned above, we’ll wrap with the video entitled Michael Haneke (1989-2012), an accomplished work exploring the images and bleak textures of his films. Starkly edited, the 10-minute collection of cinematic moments plays like a Haneke-super film that encapsulates the cryptic and haunting nature of his films.