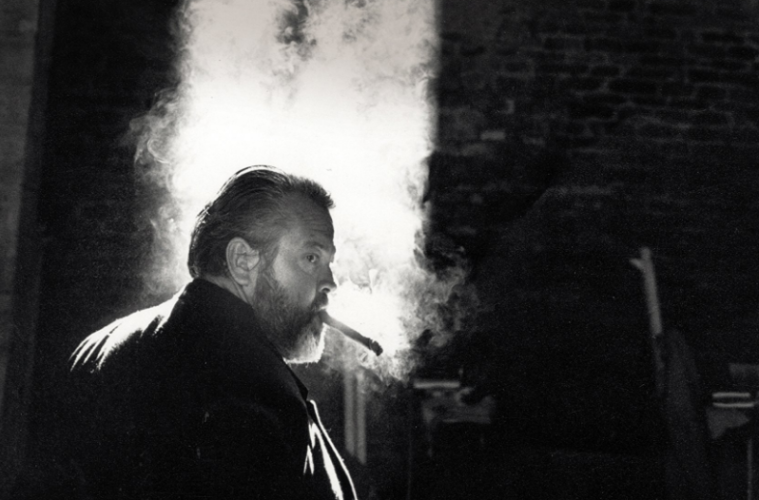 Update (3/17/17): The Other Side of the Wind will be coming to Netflix and that the production process has begun in Los Angeles. See the original story below.

It was nearly a year ago that we got the last substantial update about Orson Welles‘ long-overdue final feature, The Other Side of the Wind. After an initial fundraising campaign intended to help those involved with the production complete the un-edited film in time for Welles’ 100th birthday in May 2015 didn’t meet its goal, there was word that Netflix was discussing “the completion of the  feature film for theatrical and streaming release and creation of a full-length documentary.” We finally have new development on the project, thanks to a Hollywood legend, and one of the stars of the film.

Last night, Peter Bogdanovich took part in a Q&A at the Metrograph in Manhattan’s Lower East Side, following a 35mm screening of his 1981 film They All Laughed. When asked about the status of The Other Side of the Wind, Bogdanovich revealed that, following many years of negotiation with those who owned the rights — notably Welles’ partner Oja Kodar — his producers believe Bogdanovich and his team can start editing the unfinished film as early as March of this year.

The director discussed his need to complete his late friend Orson Welles’ film, in which Bogdanovich has a significant acting role. “In the mid-70s, Orson and I were sitting together [on the set of The Other Side of the Wind], and he asked me ‘Peter, if any happens to me, promise me you’ll finish the picture.’ And I said, ‘Orson, what are you talking about? Nothing’s going to happen to you.’ He said, ‘I know I know, just promise me’… Orson died in 1985 and I’ve been trying to finish the picture ever since.’

When we last spoke to Bogdanovich he hoped to kick off editing in fall of 2015, but with the aforementioned legal troubles, that never occurred. Producer on the film, Frank Marshall, will have a busy year as production on the Jurassic World sequel momentarily kicks off, but we imagine if the behind-the-scenes issues have been ironed out, he can find time to bring one of cinema’s most sought-after projects to screens.

As we await more updates on The Other Side of The Wind, another development in the world of Welles has occurred. While the Citizen Kane director spent time in Europe in the early 1950s, he was contemplating a number of different projects, some of which have now been revealed thanks to a letter found inside a book at the Lilly Library at Indiana University.

Welles Net has a copy of the note, which divulges the director was developing a film adaptation of Attila the Hun, as well two plays: one was a World War II drama I Confess (The Prisoner) which he would star alongside Laurence Olivier and the other was a one-man show of Moby Dick. The lattermost production actually saw the light of day in mid-1955 with an expanded cast in London. Check out the letter below and more details at the source.

Lastly, check out the first film Welles ever made, the 1934 short The Hearts of Age, created when he was 19 years old alongside William Vance in order to promote a theater festival at their alma mater of Todd School Woodstock, Illinois (via Open Culture).