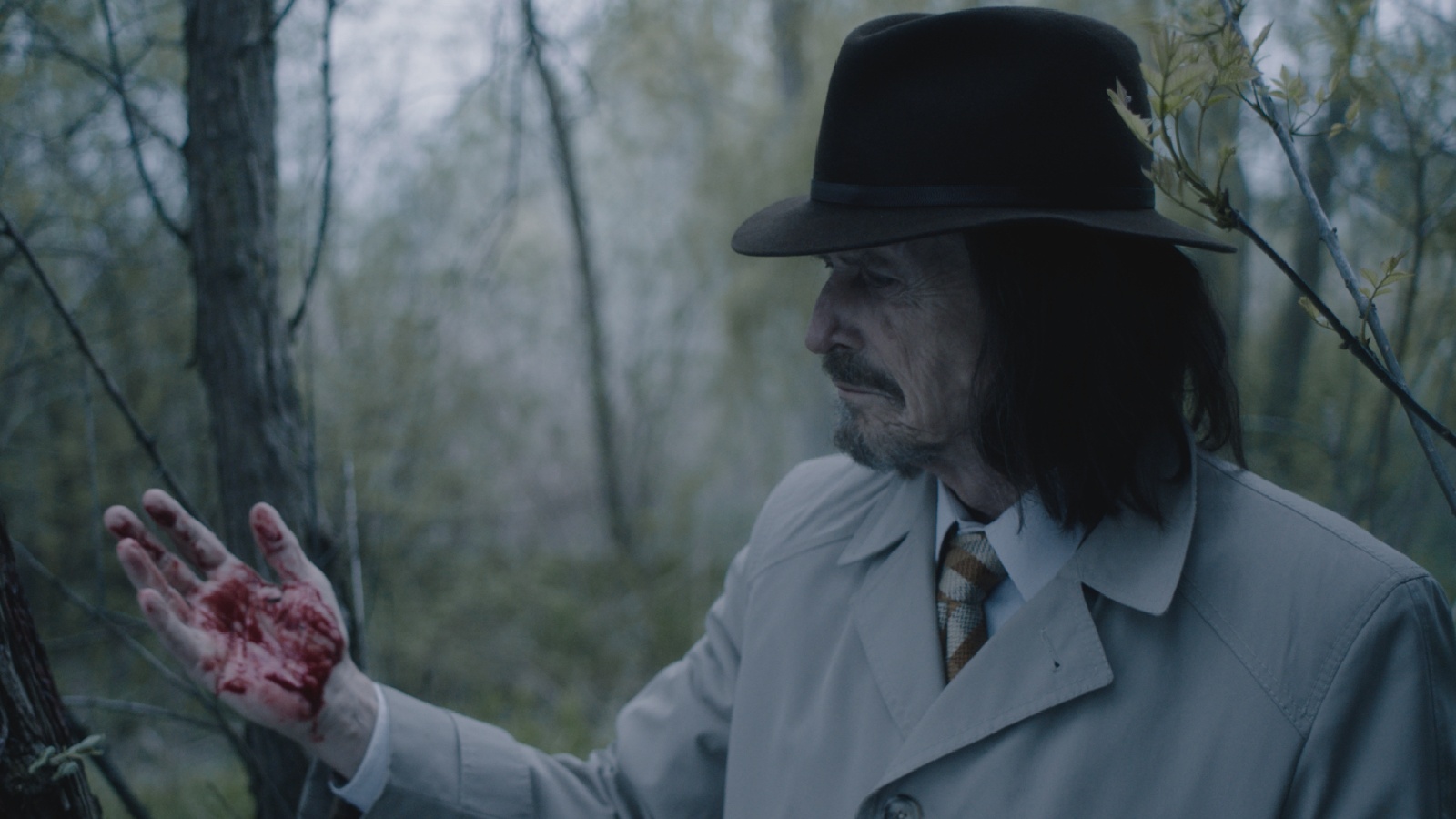 Canadian director Bruce McDonald, best known for Pontypool and Hard Core Logo, is returning to genre fare after his coming-of-age tale Weirdos. Dreamland, starring Stephen McHattie, Henry Rollins, and Juliette Lewis, is set around a peculiar wedding, featuring a killer hired to cut off the finger of a legendary jazz musician. Ahead of a release on June 5, the first trailer and poster have now landed.

At its Fantasia Film Festival premiere, Birth Movies Death‘s Evan Saathoff said, “While perhaps unsatisfying, there is a lot of pleasure to be found occasionally bubbling to the film’s surface. Henry Rollins and Juliette Lewis are having a blast, basically playing cartoon characters. You get to see Stephen McHattie speak very slowly as two different characters – one a heroin-addicted jazz musician, the other an assassin. There are many moments of logic-defying hilarity throughout. In its dreamy way, the film has no problem just throwing vampires and a gang of gun-toting children into the mix to see what sticks. Why not? None of it matters, so you might as well have some fun.”

On the night of the strangest wedding in cinema history, a grotesque gang boss hires a stone cold killer to bring him the finger of a fading, drug-addicted jazz legend.