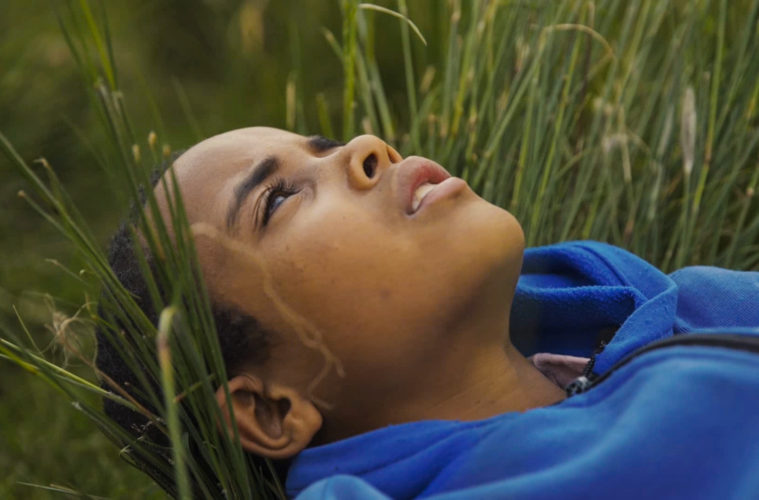 A masterful work of sensory ethnography even if falls a bit short of having an emotional impact, Anbessa is a tender and observant film that recalls the works of filmmakers like Lisandro Alonso, Ousmane Sembène, and Apichatpong Weerasethakul. While categorized as a documentary it could very easily be considered a hybrid feature, produced in close collaboration with the film’s star Asalif, a ten-year-old boy, and his mother. The picture is not afraid to explore the inner imagination of its star as he channels his spirit animal and takes to the forest in the film’s most thrilling passage, breaking its otherwise observational mode. His inner “Anbessa,” or lion, is a persona he adapts to fight back against the invaders that threaten to displace his small family. The story, on the surface, is quite a simple one. The film largely observes Asalif at play as the world he comes to know will radically change in as his rural Ethiopian home urbanizes in part thanks to foreign investment. In the distance, as he interacts with friends and his mother, is a western five-story style condo development that creates a makeshift city where one was not before. TV ads tout the benefit of ownership, luring potential residents in with promises of only ten percent down.

Through the eyes of Asalif, director Mo Scarpelli largely documents the changing landscape as he forages for items to play with among the scraps amongst the construction debris of Addis Ababa. He channels his spirit animal while also mimicking the skills of an action hero as a mechanism to cope with a change in life touted as a step forward for the nation. Scarpelli (also the film’s cinematographer) is effective at capturing the rhythms of life in this outpost as the film’s star dances to the beat of his own drum. Her cinematography gives the film an aesthetic beauty as Asalif roams this closely-knit community freely, sharing stories of hyenas with the adults that loom the land. It is these stories that then lead to Asalif to venture off. Like the construction site it depicts, the film provides infinite raw materials in which to project a broad message of urbanization, yet it doesn’t provide easy answers or a broad history of urbanization in African countries. We experience the world of the picture much like Asalif, hearing bits and pieces of the story on television news broadcasts. While the film thrills with the imagination of its young subject, it occasionally finds itself weighed down by a lyrical beauty found in its long takes and evocative landscape shots. It’s not quite enough to sustain a feature film with the kind of impact this story ought to have.