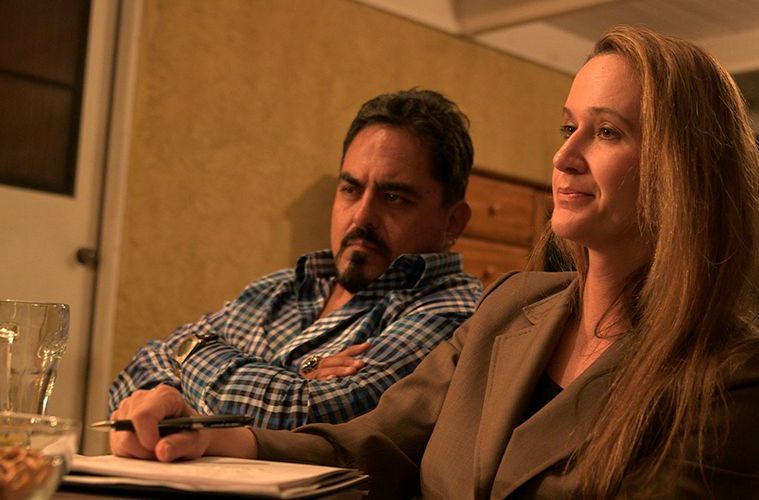 DOC NYC Review: ‘After The Murder of Albert Lima’ is an Absurd Yet Compelling Reality-Based Thriller

A mild-mannered personal trainer from Tampa is galvanized into action, turning nearly into a cold-blooded, revenge-seeking gangster in Aengus James’ After the Murder of Albert Lima, a documentary that struggles to escape the trappings of reality TV. Albert Lima, an American businessman, went down to Honduras to collect a debt owed to him by the Coleman brothers. He turns up dead and Oral Coleman, the perpetrator, is later convicted in absentia, hiding in plain sight in a bakery he runs behind a saloon owned by his family.

Albert’s son Paul Lima has spent nearly a decade seeking answers and justice for his father. He’s left with one option: hunt the son of a bitch himself and deliver him to a police station. The investigation grows muddier and muddier through various official and unofficial channels as the police won’t actively seek out Coleman, asking instead an under-resourced U.S. Embassy to provide their own bounty hunters if they want justice. Paul turns to professional bounty hunters Art Torres and Zora Colakovic to gather intel on their subject. Along the way a camera follows their initial meeting as Paul gathers a wish list that includes stun guns, rope, and handcuffs. What plays out though isn’t exactly satisfying as Lima, Torres, and Coakovic set out to go to work, first locating their subject and figuring out exactly what to do next. They insist a local businessman who has been in these kinds of situations before to assist in a planned abduction that Art thankfully talks Paul out of.

Filmed in 2013, After the Murder of Albert Lima feels more or less like it could function as a pilot episode for a show about Torres and Colakovic who feel little out of central casting at times. They have the lay the land, with Art telling Paul to make she he goes to the bathroom before they kidnap Coleman, otherwise he might have an accident once his adrenaline kicks in. The picture takes a darkly comic turn in passages as Paul briefly becomes obsessed with vigilante justice before some sense is talked into him. Perhaps, however, it is played up for the camera as he addresses the lens directly while driving. The increased pressure caused by Paul’s justice-seeking activities (and perhaps a small camera crew) does lead thankfully to a professional outcome. A retired NYPD homicide investigator who is freelancing for the U.S. Embassy takes an interest in the case after hitting a few bureaucratic bumps in the road. The film and its subjects grow increasingly paranoid–perhaps having a camera in your face the whole time does not help.

What’s missing here that might have added to the darkly comic tone is the voice of the filmmaker. James and his crew remove themselves from the process while allowing it to play out in a way that feels less than organic at times and fed by the hand of story editors shaping a narrative to fit a particular mold. Had Nick Broomfield or Nina Davenport gone bounty hunting with Paul, the film would be radically more authentic (and very likely hilarious) as another level of absurdity about the making of the film would have been layered on to an already absurd premise.

After the Murder of Albert Lima screened at DOC NYC 2019.