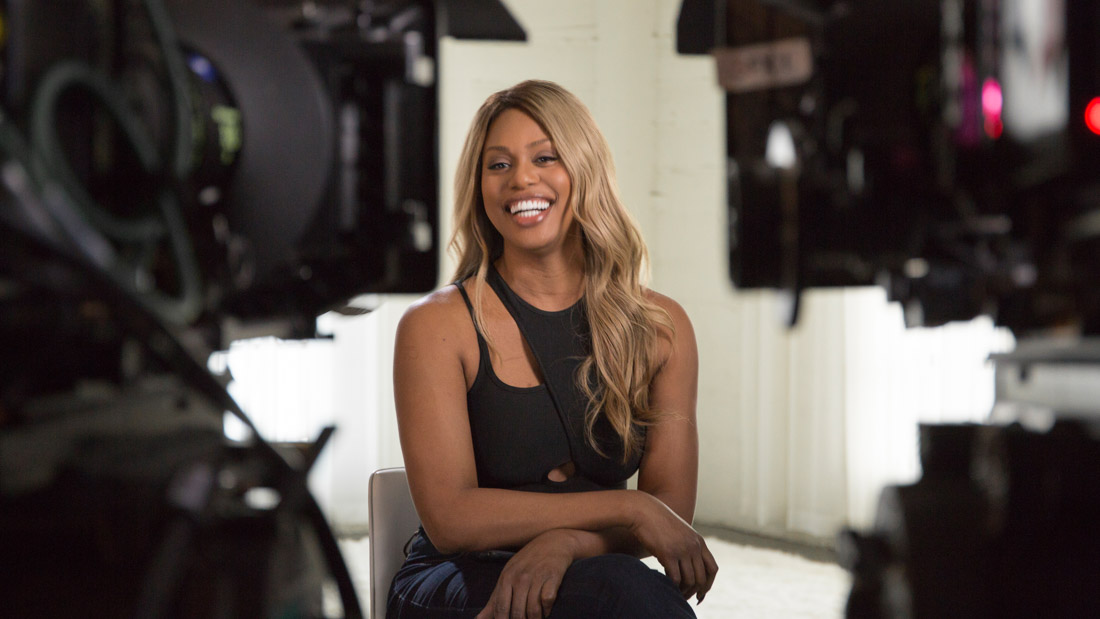 Discovering Sy Rogers was a big deal for me. As a gay kid in Pensacola, FL, I learned early on that my “same-sex attraction”––as it’s often called in conservative Christian churches––was not acceptable in my community. Rogers previously identified as trans and led international ministries based on the idea that if God can change Rogers from being transgender, he can also change one’s homosexuality. This assumes it’s wrong to be gay and that being transgender is even worse. But I didn’t want to be gay, so I walked in Rogers’ footsteps. For the first half of the 2010s, I believed ex-gay theology and it took the second half of the decade in therapy to unravel it. Telling my story is not easy, but the truth is more powerful than pretending my past never happened.

While watching Sam Feder’s new documentary Disclosure: Trans Lives on Screen, which offers a brief historical overview of trans representation in media, my experiences with Rogers came to mind. The point of the documentary couldn’t be more different from my experience with trans thinking; a negation of trans identity and through transference, the negation of my own gay identity. While some deeper aspects of the American trans experience is touched on, it’s mostly about the pain of misrepresentation. Pain isn’t unimportant, but it can’t be the only trans narrative in the media, as the history of gender nonconforming people shows it’s not. Coming across more like a sensitivity training video, Disclosure offers good insight into the pain trans people experience over misrepresentation while not exploring the full picture.

Executive producer Laverne Cox appears along with actresses Jen Richards, Alexandra Billings, director Yance Ford, and more to recall their experience with trans and gender non-conforming characters throughout the history of cinema and television. The documentary is structured with talking-head interviews, offering perspectives on representation throughout each segment with the only analysis arriving in the final fifteen minutes. After we’re shown a rapid-fire telling of the 21st century’s best trans characters, ACLU attorney Chase Strangio notes that representation isn’t enough; that elevating a few trans people into elite status without changing the systems that exclude all trans people from basic necessities. This should be the primary focus of the documentary, but it’s buried at the very end. It’s one of a few points worth exploring in greater detail, including that even bad examples of gender variance on screen can clue gender nonconforming people to their identity.

Disclosure dissects D.W. Griffith’s Judith of Bethulia, one of the earliest feature-length silent films, which shows a gender non-conforming character near a decapitation, leading some to think it represents the character being castrated. On television, comedians like Flip Wilson and Milton Berle wore drag and it was the butt of every joke. As we move closer to the 21st century, movies like Victor/Victoria and Yentl created gender non-conforming characters that are complex, memorable, and worth their place in the canon. Yet the first major genderqueer character of the 21st century, in John Cameron Mitchell’s 2001 cult hit Hedwig and the Angry Inch, isn’t mentioned. The complexity of Hedwig is basked in its singable, easy to enjoy songs, and the story even appeared in Riverdale’s yearly musical episode this April. Nevertheless, new movies like Tangerine and TV shows like Pose, once considered niche content, receive rave reviews from audiences and critics alike and have their moment in the documentary.

One of the film’s weakest parts is how it tells the story of Stonewall. Famously misrepresented by Roland Emmerich with a random white guy throwing the brick heard around the world in his 2015 flop, director Feder spins his own origin story of the riot, albeit a strangely accepted one. Earlier this month, writer Patrik Sandberg tweeted about the real kick-off to queer liberation: “The Stonewall riots were not started by a black trans woman, a myth that persists because of social media misinformation. The riots were started by Stormé DeLarverie, a butch lesbian of mixed race.” In fact, in 2019, the New York Times published a video by Shane O’Neill called “The Stonewall You Know Is a Myth. And That’s O.K.” In it, historians and people who were there dispel the myth that Marsha P. Johnson threw the first shot glass at Stonewall, kicking off the movement. As Johnson says in her own words: “I was uptown. I didn’t get downtown until about 2 a.m. When I got downtown the place was already on fire.” But Marsha’s legacy stands the test of time on its own without embellishment. It’s not more truthful to attribute Stonewall to her–it actually erases Stormé DeLarverie, a black, butch lesbian who is another godmother of LGBT rights. Johnson and DeLarverie should stand shoulder to shoulder in the history books—not competing for the same credit at Stonewall—because as trans actress Angelica Ross says in Disclosure, “I’m only going to gain by being authentic and telling the truth.”

A greatest hits of trans lives on screen–often focusing on harmful depictions in the Western canon–the occasional bright spots are only highlighted in 21st-century work, whereas prolific Spanish filmmaker Pedro Almodóvar has written about trans subjects and has been casting trans actors since the 1980s. What the documentary overlooks, or mythologizes, only hurts the historical record of positive trans representation. By claiming trans contributions to LGBT rights where they weren’t made, it erases people like Stormé DeLarverie, even though I’m sure that isn’t Feder’s intent. Despite the limited scope of Disclosure: Trans Lives on Screen, I think about how I was led down a path of shame because of my knowledge of trans people. I was deceived for a long time because there weren’t accessible pieces of culture to illuminate the trans community; only conjecture about the morality of trans lives. So when I think of Feder’s Disclosure, I imagine the young people it will help, both trans and gay, and the mistakes the filmmaker made doesn’t seem as detrimental.

Disclosure: Trans Lives on Screen is now on Netflix.