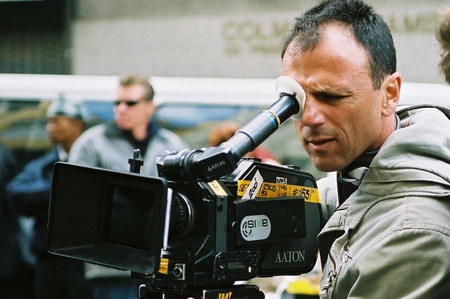 What was set to be a reunion between Samuel L. Jackson and his Snakes on a Plane director David R. Ellis was sadly halted when Ellis suddenly passed away during pre-production on the film, a live-action remake of  Yasuomi Umetsu‘s Japanese anime Kite. But things are still pushing forward, as a replacement has been found and a cast confirmed.

Jackson is still on board to star in the project, while South African director Ralph Ziman has taken over helming duties, according to a press release. Joining Jackson will be two major upcoming stars, Maleficent and Underworld: Awakening actress India Eisley, as well as Flipped and The Great Gatsby‘s Callan McAuliffe.

Following closely to the original, the story tracks a young woman (Eisley) living in a failed state, post-financial collapse, where the corrupt security force profits on the trafficking of young women. Her father, a police officer, is killed, and she decides to find his murderer with his ex-partner (Jackson), who is actually the killer. Check out a trailer for Ziman’s last film below, the 2008 crime drama Gangster’s Paradise: Jerusalema, as we await will clearly be his biggest undertaking yet.

Have you seen any of Ziman’s previous works? Are you fans of the added cast?