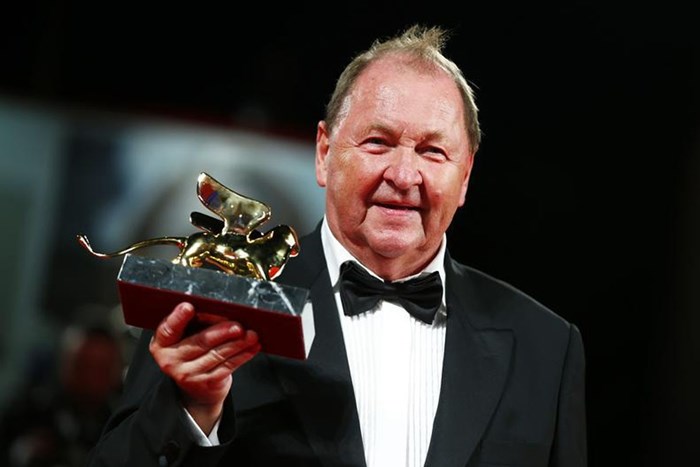 Details Emerge on Roy Andersson’s Next Feature, Expected to Premiere in 2019

Watch almost any scene from Roy Andersson‘s Living trilogy and you’ll understand why he takes several years to produce one normal-length feature. Their ornate quality is expected, even anticipated, and so it’s a pleasant surprise that he’ll be giving us his new feature a bit sooner — by only a couple of years than expected, sure, but none of us are getting younger anytime soon.

Screen Daily tracked Andersson in his Stockholm-based Studio 24 while the writer-director handled test shoots for a feature that’s currently using numerous working titles: On Endlessness, On Inexhaustibility, On Infinity, and The Inexhaustibility Of The Human Condition. These all sound like movies he’d make, and it’s fitting that he’ll again partner with Gergely Palos (cinematographer), Pernilla Sandstrom (producer), and Johan Carlsson (line producer), if not more, once production commences at next year’s start. Though some in his circle it a next installment in the Living trilogy, Andersson will, despite “a lot of connections,” currently “regard it as isolated,” perhaps in part because there are new components — including voiceover from “some kind of fairy that is aware of everything.”

Not that much else is clear. Certain sequences will depict World War II (including Hitler in his bunker), “a couple, loosely inspired by Marc Chagall’s paintings,” and “a divorce prosecutor who doesn’t trust banks and keeps his savings under his mattress,” while characters include “an angry dentist, a midwife who loves champagne, a young girl going to a birthday party in the rain, a distracted waiter, a priest having a nightmare that he is being crucified, and a father who murders his daughter in an ‘honour killing.'”

Whatever comes of it won’t be known for some time, as Andersson’s expected to deliver the picture in April of 2019. In the meantime, read my interview from last year, in which he discusses future projects that might not be quite related to what’s happening here.

Update: see a piece of concept art from the film, which is now titled About Endlesssness, thanks to Cineuropa.