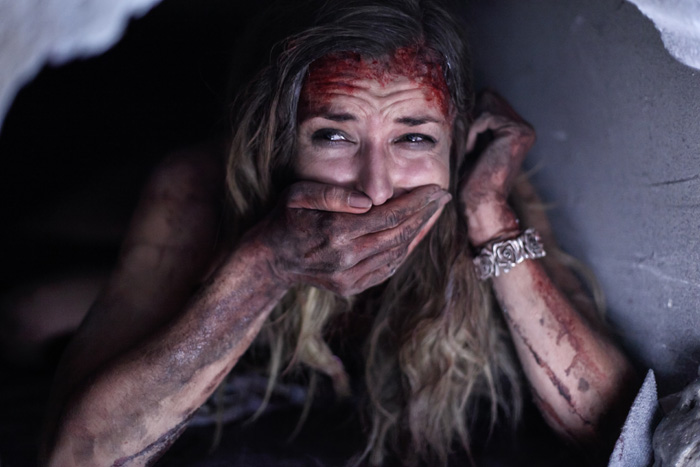 We can count our blessings this holiday season, as it’s been going on five years since the depraved mind of Eli Roth last directed a film. Though judging from his latest producing and acting effort, it looks like we’ll be getting the next “best” thing come 2013.  Nicolás López has helmed Aftershock, a horror project which finds a group of people (including Selena Gomez) in complete chaos following a Chilean earthquake.

The first trailer has landed today and it seems to have the standard Roth touch, i.e. lots of blood, guts, screaming and other general debauchery. We weren’t big fans of it out of its TIFF premiere, saying there’s nothing “new or fresh about what occurs onscreen, just that it entertains enough and seems a labor of love by its creators. Dead babies, religious caves, and warped homicidal hooligans try to ratchet up the suspense yet only end up adding to the clutter.” Judge for yourself by checking out the trailer below thanks to IGN.

In the middle of a night of wild partying, a hapless American tourist (Hostel director Eli Roth) and his friends are suddenly plunged into a living hell when a powerful earthquake rips through the coastal town of Valparaíso, Chile.

Aftershock is set for a 2013 release.