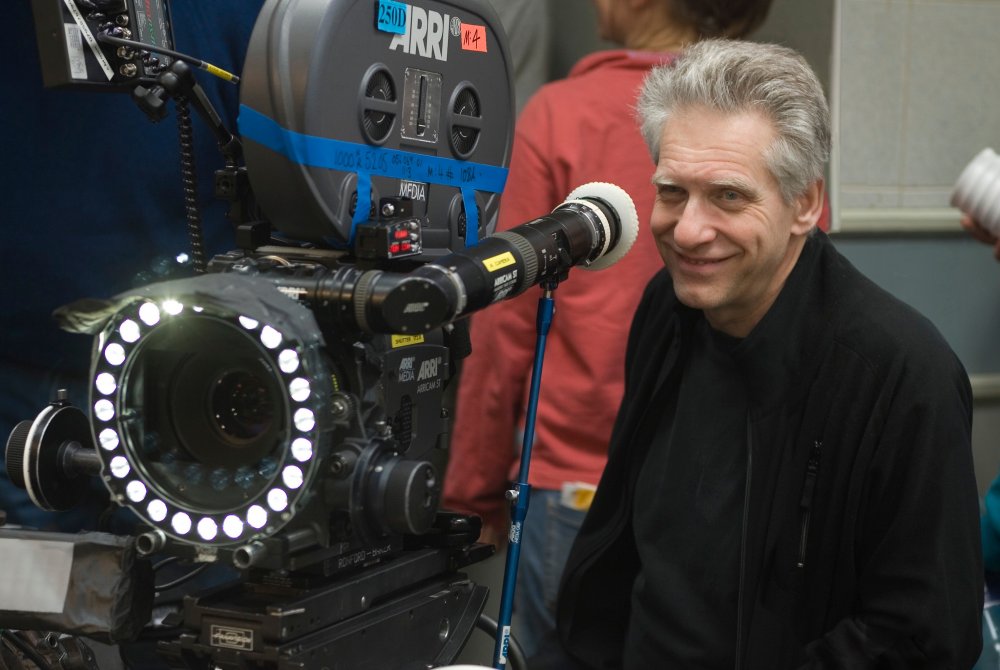 Update #2: Production has begun on the film, with Tanaya Beatty, Nadia Litz, and Yorgos Karamichos joining the cast, Deadline reports. “As we begin filming Crimes Of The Future, just two days into this new adventure with David Cronenberg, it feels like we’ve entered a story he collaborated on with Samuel Beckett and William Burroughs, if that were possible,” said Viggo Mortensen. “We are being pulled into a world that is not quite like this or any other, and yet is one that feels strangely familiar, immediate and quite credible. I can’t wait to see where we end up.”

“Taking a deep dive into the not-so-distant future where humankind is learning to adapt to its synthetic surroundings. This evolution moves humans beyond their natural state and into a metamorphosis, altering their biological makeup. While some embrace the limitless potential of trans-humanism, others attempt to police it. Either way, ‘Accelerated Evolution Syndrome’ is spreading fast. Saul Tenser is a beloved performance artist who has embraced Accelerated Evolution Syndrome, sprouting new and unexpected organs in his body. Along with his partner Caprice, Tenser has turned the removal of these organs into a spectacle for his loyal followers to marvel at in real time theatre. But with both the government and a strange subculture taking note, Tenser is forced to consider what would be his most shocking performance of all.”

Having not directed a film since 2014’s Maps to the Stars, we’ve been patiently awaiting the return of Canadian master David Cronenberg. Viggo Mortensen finally let slip earlier this year that he was reuniting with his Eastern Promises and A History of Violence director for a new film this summer—a “strange film noir story” that will find him going back to his origins. Now, the first official details have arrived.

Cronenberg is confirmed to be headed to Greece this summer to shoot a sci-fi film with the title of Crimes of the Future, reports KFTV (via Screen Daily). Fans of the director’s early work will of course recognize it is the same title as one of his first films, made in 1970 and set in 1997, following a mad dermatologist who searches for his mentor after a cosmetic invention gone wrong kills the entire population of sexually mature women.

With shooting set to kick off in early August and last through mid-September, it’s not confirmed yet if this will be a straight-up remake or take a different route. As one can see below, the original film is quite a low-budget affair, as the director was finding his voice, so it wouldn’t be surprising if he wants to rework the material.

“I am looking forward to returning to Greece to shoot another film with Argonauts. It has been 14 years since we shot Fugitive Pieces in Athens, Hydra and Mitilini, an experience of which I have fond and positive souvenirs. Athens is the perfect setting for Crimes Of The Future, as it is bespoke tailoring for David Cronenberg’s unique vision of a future which intermingles with the past,” said producer Robert Lantos.

Watch the 1970 original below.