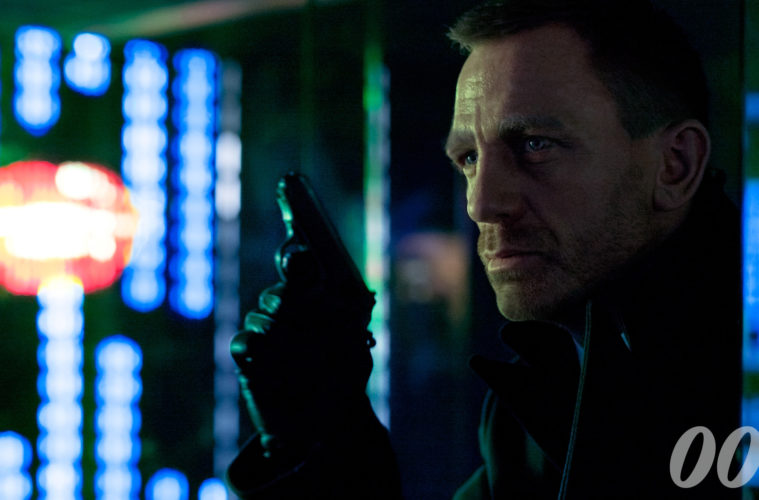 With Sam Mendes helming his first James Bond movie as we speak with Skyfall, Danny Boyle is already getting a head start as he completed production on his own film with the spy character. And you’ll get to see it even sooner. It’s not a feature film as one might expect, rather an opening short for the 2012 Summer Olympics.

With the ceremonies directed by Boyle, The Sun reports that the Queen invited Daniel Craig in character to the Buckingham Palace for the crew to film this short film. There is rumors that she’ll actually be featured, but for now the only plot details are that Bond gets a special assignment to kick-off the activities. Shot in her Majesty’s private rooms, Craig as Bond will then jump on a helicopter and parachute down in East London’s Stratford Olympic stadium.

I can’t imagine the entire extravaganza will last for more than a few minutes, but I always thought Boyle’s kinetic style could work for a Bond feature. Maybe this could at least be proof positive that he could be a feature contender down the road. As we heard last week Mike Leigh (Another Year), Lynne Ramsay (We Need To Talk About Kevin), Asif Kapadia (Senna), and Max Giwa & Dania Pasquini(StreetDance 3D) are also all helming shorts.

As for Bond, he’ll be seen more in Skyfall come November and Boyle’s next film, the heist thriller Trance, is estimated to arrive next spring.