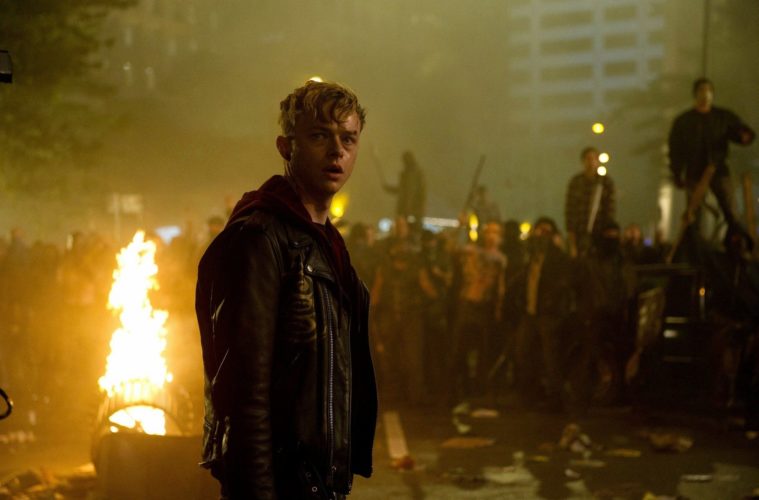 To say we were flabbergasted by the first teaser for Metallica‘s 3D concert / narrative hybrid film would be an understatement. Coming from Nimród Antal (of Predators “fame,” as well as the excellent Kontroll), the film follows one of the band’s crew members (Dane DeHaan) as he is sent out on an urgent mission during a live set. What he finds outside is some sort of apocalypse as the world is turned upside down.

We’ve now received a new trailer, which doesn’t answer any question, but features more of this concert footage and action film mash-up. DeHaan has proven to be a great talent in last year’s Chronicle and Lawless, as well as this year’s The Place Beyond the Pines, so hopefully he can effectively sell this project, but it looks like we won’t get a true taste at what’s in store until it arrives in IMAX. Check out the new look below, along with the film’s first poster. Award-winning filmmaker Nimród Antal (Predators, Kontroll) creates a groundbreaking 3-D motion picture event, Metallica Through the Never. The music-driven feature film combines a bold narrative and spectacular live-performance footage of one of the most popular and influential rock bands in history to produce a bracing, raw and visceral cinematic experience. Emerging young star Dane DeHaan (The Place Beyond the Pines, Kill Your Darlings, The Amazing Spider-Man 2) portrays Trip, a young roadie sent on an urgent mission during Metallica’s roaring live set in front of a sold-out arena.

Metallica Through The Never opens on September 27th.