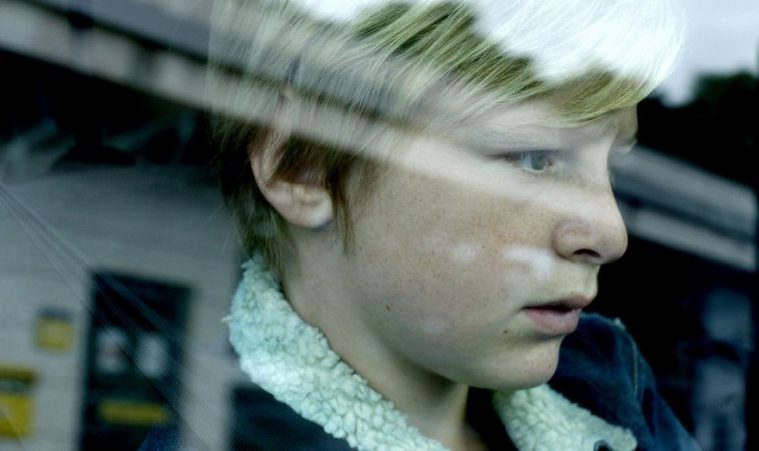 It’s always a treat to see a director whose work you’ve enjoyed in short form make the leap to features—especially when the latter debuts at a venue as auspicious as the Toronto International Film Festival. This is exactly what happened with Xavier Legrand last year. Less than half a decade after earning his first Oscar nomination for the wonderful Just Before Losing Everything, he decided to revisit those same characters in the direct aftermath of its dramatically tense events.

The result is Custody, a brilliant look at the emotional and psychological trauma inherent to domestic abuse. With unforgettable performances and a precise visual style to ratchet up the suspense at every turn, Legrand shows himself as an artist worth remembering. Kino Lorber thought the same, scooping up U.S. distribution rights a month after its Toronto debut. As the film continues to expand, I was lucky enough to speak with the director about his process via email.

The Film Stage: What was the genesis of Custody? Was this portion of the Besson family’s story always planned with Just Before Losing Everything serving as a proof of concept or was the short’s international success a motivator for expanding that claustrophobic world into a new chapter?

Xavier Legrand: Originally, my project was to make a trilogy: three short films that told three different moments of a couple’s separation. Just Before Losing Everything was the first episode of this trilogy. Once I finished it and it was [time to create] the other two episodes, I realized that the second and third parts would be more interesting together. I needed more time to talk about the divorce and custody issues and the consequences of the family court decision. That’s why I decided to make a feature film instead of two short films to finish this project. It was not the success of the short film that motivated this change since it was during the editing of Just Before Losing Everything that I started writing Custody. What was your writing process like as far as paring everything down to such potently spare moments overflowing with content and context? The opening discussion with the judge sets up the drama and domestic abuse for those who hadn’t seen Just Before Losing Everything, but everything is built upon pure dread afterwards. You never talk down to your audience, though, always packing so much information into your scenes so our own instincts and emotions can fill in the blanks.

To keep a spectator in suspense, I have to make him work, doubt, interpret, and sometimes lead him to make mistakes. Starting with the scene in the Judge’s office, the film allows the spectator to be put in a dilemma and measure the importance of what is at stake: the custody of the child. From the beginning the objective of the film is to show what you see but don’t want to see. For that it’s not necessary to make a moralizing film, but rather something more organic. I thus privileged the feelings and the emotions rather than the theory.

Could you speak about the topic of domestic abuse and your portrayal of its horror more through the complexity of its psychological consequences rather than the physicality that brought them to this point? There’s something so powerful in knowing what happened and what will potentially happen through the silent body language and demeanor shared between abuser and victim.

It’s difficult to answer your question in a few sentences; there is no universal theory on how to portray abuse because each individual and each couple has their own way of functioning.

Before violence there is often a vicious and invisible cycle of psychological control. This control is possible because society has previously built gender roles so that they correspond to certain categories (sorry to state the obvious, but this is how our society is still established): the man is the head of the family, he works and brings the money home to feed his family, while the mother takes care of the children and home, etc. The roles are distributed in this way and everyone is conditioned to accept their role. Under this guise—of education, love, or exclusivity—violence can operate freely in private, behind doors and out of sight.

A recent study found that the post-traumatic consequences of domestic violence on victims, or children who witnessed this violence, were as powerful as a war veteran. That is why fear—tremors, haggard eyes, tension, or breathing—were a source of work with the actors, rather than focusing on the words. Léa Drucker had to see Denis Ménochet’s body as a body she once desired, which gave her the life of the children she carried, but also as a body that could cause her own death.

Just like in your short, Custody is a brilliant example of sensory economy. It’s easy to forget there’s no score playing because the imagery is so emotionally intense. I remember my TIFF press screening ending with everyone holding his/her breath—that elongated pause of black and the silence that followed was deafening. What motivated you to forgo using a score?

It is by listening to the testimonies of some women who have experienced this kind of family and situation that the concept for the film came. They described to me their daily life, which was always one of fear, anxiety, and constant threat. They were on the lookout for the slightest noise, the slightest clue that could help them anticipate danger. One of them told me that one evening, when she was home and her husband came back from work, she could tell from the way he turned the key in the front door whether she was going to be beaten or not. That story was chilling. I understood that the film had to reflect this permanent anxiety: a kind of sound terrorism that is much more important and affecting than any music.

Nathalie Durand’s cinematography becomes a character with many moments spied from under bathroom stalls or through open doors. The party scene’s interiors are almost dialogue-free with “Proud Mary” blaring, but the camera never misses a beat due to our always knowing whose vantage we’re using to gauge worry, fear, and frustration. Did you storyboard? Was everything scripted this way or did you find yourself removing dialogue for visual cues while filming?

The film was entirely storyboarded. Moreover: I had such a precise conception of the places in which I wanted to film the scenes that I looked for the sets that corresponded to the way I envisioned rather than finding the sets that I liked before adapting the technical cutting to them.

For the birthday party scene everything was written like it was shown. I knew I didn’t want dialogue. It’s the only time there’s music in the film, so I wanted to give it its full place. And realistically, at a birthday celebration for a teenage girl and all her friends, the music is so loud that you can’t hear yourself talk. When I wrote it, the scene described precisely all the actions, the looks, the exchanges, and the comings and goings of the characters as seen in the film.

Where did you find young Thomas Gioria? So often you see children in horror films “acting” scared, but he never has a false moment within your heightened drama. His lack of eye contact, constantly calculating how to best protect his mother, and possessing an underlying sense of courage impeccably augments his fear.

Thomas was spotted by a casting director who auditioned him. Then I met him and we worked at length in preparation for the shooting. From casting to shooting, Amour Rawyler—who specializes in coaching for children—prepared him to approach the work we were going to do on the set. She did an extraordinary job with him.

I also met him several times prior to shooting to deepen our relationship and get used to working with each other. His performance in the film was very difficult since his character goes through extreme situations. It was very important for me that he understood what the truth of an actor’s work was and that he was able to differentiate reality from fiction.

Thomas is not only talented, but he has a quality very rare for his age, which is key to the best actors, including adults: his ability to listen and breathe. Thomas speaks with his eyes and dialogue is deepened with the intensity of his breathing. Our work with the coach was to highlight these qualities while preserving his spontaneity, which is so precious for a young actor.

Drucker and Ménochet (who many here in America will recognize from Quentin Tarantino’s Inglourious Basterds) reprise their roles of Miriam and Antoine from the short. How did their initial casting come about? Was it easy to get them onboard for this sequel?

Léa and Denis both accepted the roles without hesitation—both for the short film and for the feature film. I really wanted to offer these two absolutely splendid actors these roles to champion their talent. We are not used to seeing them as these kinds of characters or in this kind of film. I think that’s what attracted them to the project.

Any new projects on the horizon you could tease?

I’m sorry to disappoint you but: yes, I have several projects in progress, but I prefer to keep them secret!

Custody is currently in limited release in New York City with a Los Angeles opening date of Friday, July 13.