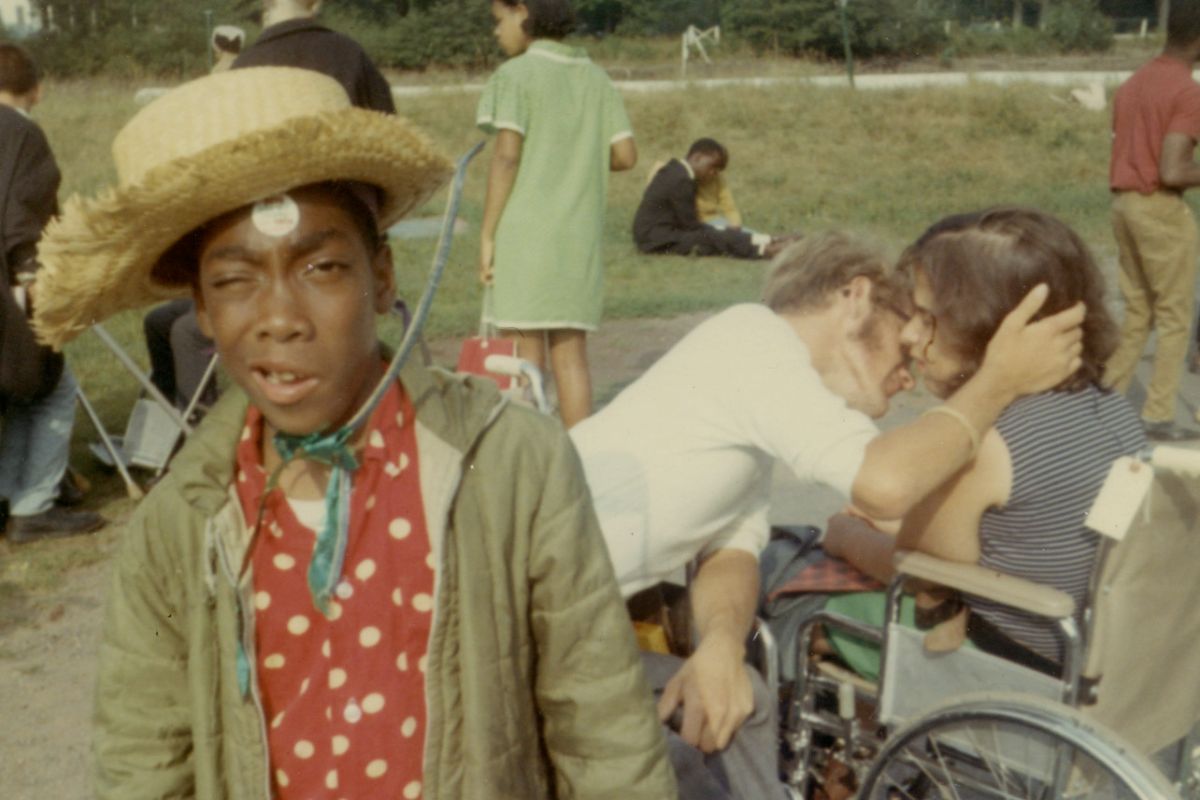 Crip Camp emerged from archival material shot by the People’s Video Theater, a group similar to Dziga Vertov Group, who documented movements for social feedback. The PVT documented the first Women’s Liberation March in New York, the first Gay Pride March, and in the 1970s, Camp Jened, a summer getaway operated by hippies in Catskills, NY for disabled teens.

Co-directed by Emmy-winning filmmaker Nicole Newnham and film mixer and former camper Jim LeBrecht, Crip Camp follows, along with many other stories of his friends, Jim’s sexual and political awakening as a teen. It’s a well-documented story that culminates twenty years later with the passage Americans with Disabilities Act of 1990.

We spoke with Newnham and LeBrecht about the stigma of disabled people’s sexuality, how the nationwide straw ban discriminates against the disabled, and why the disabled community are often cut out of conversations about diversity in America.

The Film Stage: Will you talk about disabled people losing their right to privacy regarding bathing, etc?

Jim LeBrecht: I remember when we were looking through the incredible footage from People’s Video Theater I saw footage of someone I knew well at the camp. He was saying, “I can’t run away from home.” He could go down into the laundry room or basement of his building but that’s as far away as he can go. For a number of people, this is an issue I wasn’t really clued into. When you’re forced to live in a nursing home because your state doesn’t give you benefits to allow you to have in-home care services. That’s basically being put in jail for the crime of having a disability. There’s nothing there that is private and you don’t have much say over your day to day life.

Camp Jened’s director Larry Allison says in the documentary, “It’s up to able-bodied people to understand the disabled perspective.” How important are allies to people with disabilities?

LeBrecht: I think every community needs its allies and that’s no more truer than in the disabled community. None of us really can survive in this world without other folks around us. And it’s not that we’re not at the table at so many places–it’s that we can’t even get to the table. My wife and I were talking a while ago and I asked, “Why aren’t we included in the diversity discussions? I think people are afraid to approach us.” She said, “You know Jim, I think you would be lucky if that was the case. I don’t think you’re even on their radar.” Gosh, it took me a while to come around, but she was right.

When the whole thing about banning straws came about there was no sense that anyone checked with the disabled community to see if it impacts us. It was just like, “Straws are bad! We’re going to get rid of them!” Or do alternatives that are really hard or dangerous for people with disabilities to use.

What are some of society’s stigmas and attitudes toward the disabled community that need to change?

LeBrecht: [Laughs.] Where do I begin? I think when you watch our film the stigmas around sexuality or folks thinking that we’re not sexual beings is something that has a long way to go. I certainly have experienced that in my life. I’ve thought for a long time, how do we value people? Is it productivity? Is it the intern who works 20 hours a day? We have to change our metrics around what it means to be considered valuable to society.

When you were going through the archival footage were there any stories you wish you could have included in the movie?

Nicole Newnham: There were things in the footage that would’ve been great to include and storylines of people’s personal lives. Each of the characters in the film has a life that would be worthy of a film in itself, but we were trying to make a film about a collective of people. Although Jim’s character is a guide into the story and Judy Heumann’s character is the instigator. People say she’s the hero of the film and she’s definitely a hero of the civil rights movement. We still tried to keep the film feeling like a “we” story and not a “me” story.

Denise Sherer Jacobson has an incredible personal story. She and Neil, her husband, adopting their child David is an incredible story. Denise’s backstory of being stuck in a second-floor apartment and couldn’t get outside when she was a kid. Her story of getting a Master’s in human sexuality and becoming a writer, activist, and mother is extraordinary. That’s one story I felt sad we couldn’t flesh out further.

Crip Camp deals with camper’s sexuality and it highlights that every person, able-bodied or not, lives an embodied existence. It’s powerful. We have a mind and spirit and we live in bodies.

Newnham: That was one of the first things Jim said to me when he was telling me about Camp Jened. It was a place of sexual awakening just like summer camp is for many kids. There is a beautiful first love story that we showed Jim and everyone we talked to who attended the camp had a similar story. There were people who were not in the film with whom we had fantastic conversations. Like one camper who fell in love with a waitress at the camp and they got married. There were a lot of love stories coming out of Camp Jened and that seemed like a great way to draw people in with something that didn’t feel like a social justice documentary. To draw a broad audience in with this universal experience that was a little more like Wet Hot American Summer or Meatballs.

LeBrecht: Some of the wonderful messages we’ve been receiving have to do with feeling so proud to be disabled, and watching the film has made them feel that way even more. How can we be confident and sexual when you don’t feel good about yourself? The sense of feeling proud to have what is a natural part of life in your life allows people to explore and express themselves and let their true selves shine through.

Crip Camp: A Disability Revolution is now available on Netflix.