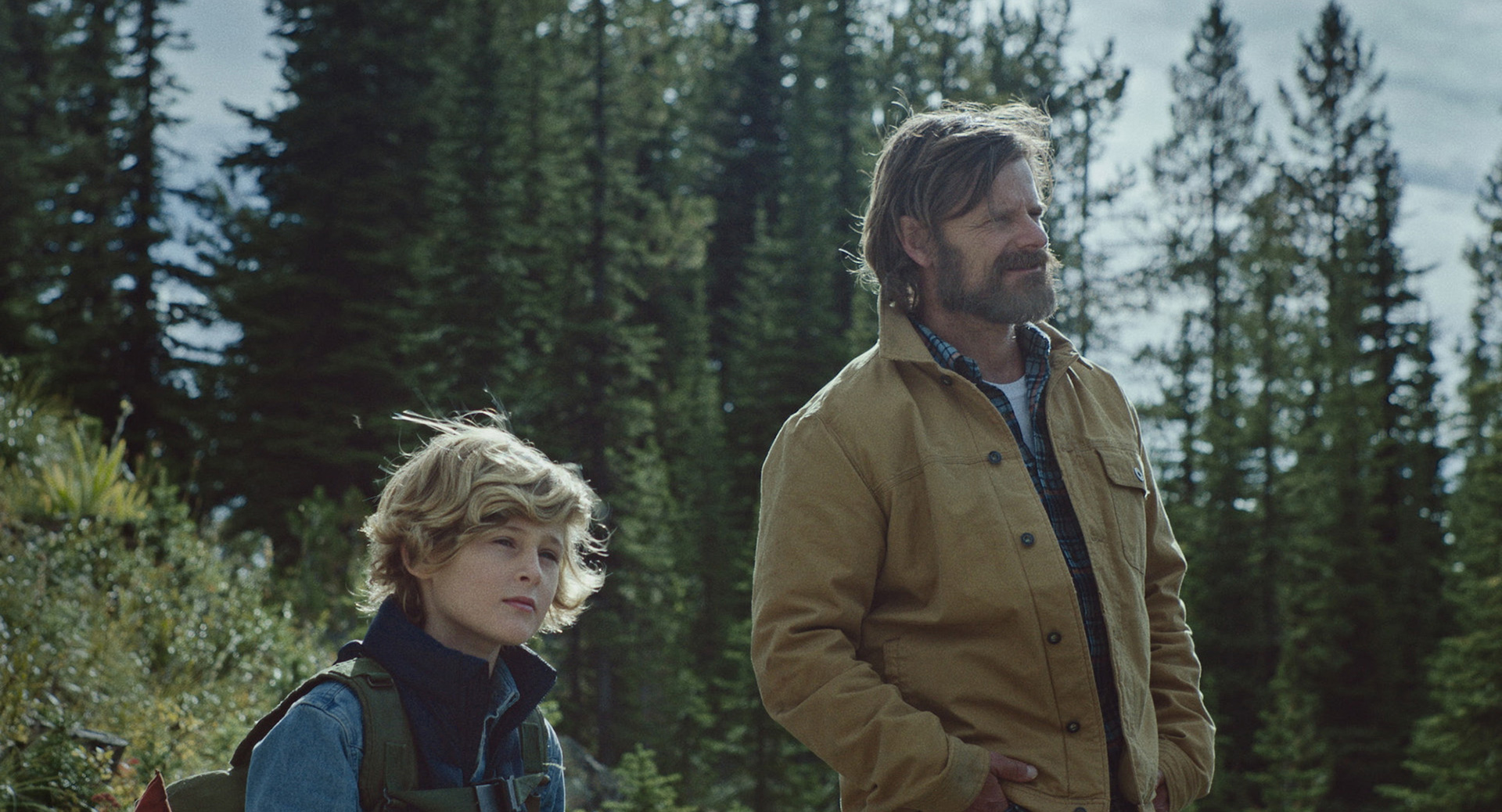 Hearing writer/director Anna Kerrigan talk about the origins of her latest film Cowboys is to understand the love she has for Montana and the way it provides a respite from the noise of city life. With that sense of comfort in nature’s majesty, however, also lies the potential for disconnect where politics are concerned since those who call that state home aren’t always the most diverse or understanding when it comes to lifestyle choices that fall outside the “norms” of their conservative religious worldview. So it shouldn’t be surprising that Kerrigan would seek to bridge that gap creatively. She chose Montana’s setting to escape personal upheaval upon moving back to Los Angeles from New York yet refused to gloss over the full scope of what its environment entailed.

One of the film’s best attributes is how it eases us into that same revelation. Our entrance is therefore full of excitement and adventure with a father/son duo (Steve Zahn’s Troy and Sasha Knight’s Joe) gazing across the mountains with wonder. They’re readying for a camping trip to breathe the fresh air and leave their worries behind them so that they can experience the more beautiful sights Canada has to offer right across the border. They might have already been there too if not for their car breaking down close to Troy’s friend’s home. It’s there that the cracks in this idyllic façade begin to show. Robert (Gary Farmer) is genuinely worried about Troy and skeptical of his story with what ultimately proves to be very good reason.

That’s when Kerrigan shifts to Sally (Jillian Bell)—Joe’s mother. We watch her wake-up late and call out to her child that she’s leaving for work only to find the bedroom empty. Enter local police (Ann Dowd’s Faith) and a shift in perspective where pronouns are concerned to expose what most of us already knew before sitting down thanks to the synopsis. That young boy roaming the wilderness with his father is Sally’s young girl. And this mother is so lost and distraught about what happened and the subject of identity that her refusal to acknowledge helped ignite that she can’t even tell Faith the child she’s searching for is dressed like a boy. Only then can we travel backwards to see how things fell apart.

To do so with compassion and empathy, however, is to know “good guys” and “bad guys” don’t exist here. This isn’t a western with white hats and black hats hunting each other down before a climatic gunfight. It’s instead a human story about family and the lengths we’ll go to protect the ones we love. Because that’s what both Troy and Sally are doing. He’s protecting Joe from the notion that he’ll have to hide his true self in order to survive and she’s protecting Joe from a homophobic town (and relatives) that she’s hesitant to stand against. Everyone on-screen holds fear in their hearts because they think the complexity of the situation is beyond their means. The question is whether they’re willing to try anyway.

So while it’s easy to lift Troy up above Sally because he embraced their child’s truth, it would be wrong to blindly call him a hero. He’s an addict with bi-polar disorder prone to losing control and endangering those around him. Just because he understands his child doesn’t therefore mean he’s his best option even at the moment where it seems he’s his only option. What occurs is thus more complicated than a kidnapping (I’ll let the film’s revelations explain the details as to why). And Sally’s desperation to get Joe back is more complicated than simply throwing her husband to the wolves. She knows her part in this ordeal. She knows the risk that getting Joe back might be at the cost of Troy’s life.

What’s the alternative, though? Sally can’t go back in time and do things differently. The best she can do is look on this past year and realize where she went wrong and how she can be better in the future. The opportunity to grow, however, demands a reunion. She can’t prove to Joe (or the audience for that matter) that she’ll be able to change unless she earns that chance. The same goes for Troy too. He says he’s gotten a grip on his demons with the help of Robert as his sponsor and the pills Joe is quick to remind him to take each day. But what happens when his temper cannot be diffused? Even when unleashed while protecting his son, the violent fallout cannot be excused.

And then there’s Joe. Knight becomes the glue holding everything together because he’s the only one who’s able to fully grasp the love fueling his parents’ actions. That’s where it becomes crucial to cast transgender actors in transgender roles. Understanding the experience of living with that truth and dealing with the shift in focus those around you are undertaking in order to create a safe space to do so cannot be undervalued. That sense of fight or flight on the night he tells his father to take him away is more than just escaping volatility or seeking rebellion. Whether the danger Sally poses is life threatening or not, having an out in Troy is about survival. It’s just unfortunate that one’s lifelines aren’t always completely reliable.

Kerrigan isn’t opposed to exposing that fact, though. She writes Troy and Sally as fallible (Zahn and Bell are perfectly cast with humor shining through joyous times in past and present despite the dramatic weight of their characters’ lives pushing them outside that comfort zone) because it’s necessary to comprehend the psychological impact of what’s happening. I wish we subsequently knew more about Faith too (besides the fact she’s a hundred times more competent than anyone else on the force) because she seems to be the only person outside this trio who gets the nuance. The truth of the matter is that we fear what we don’t know. And until Troy and Sally allow the people in their lives to know their son, he will never be safe.

With that comes the need to also know themselves. It’s about recognizing their limits and being self-aware enough to not let them damage this kid that they love more than anything. Troy must acknowledge that he’s ill-equipped to be what Joe needs on his own and Sally must reconcile her upbringing and prejudices with her child’s mental wellbeing. He can’t pretend everything will be okay and she can’t pretend everything is something it’s not. They need to be able to look at Joe and let him guide them forward because the pressure of living a lie is no longer a feasible avenue for his future. Cowboys supplies them the chance to open their eyes with an authenticity that’s not without its tragedies, but hope is never far behind.

Cowboys opens in virtual cinemas and on VOD starting February 12.