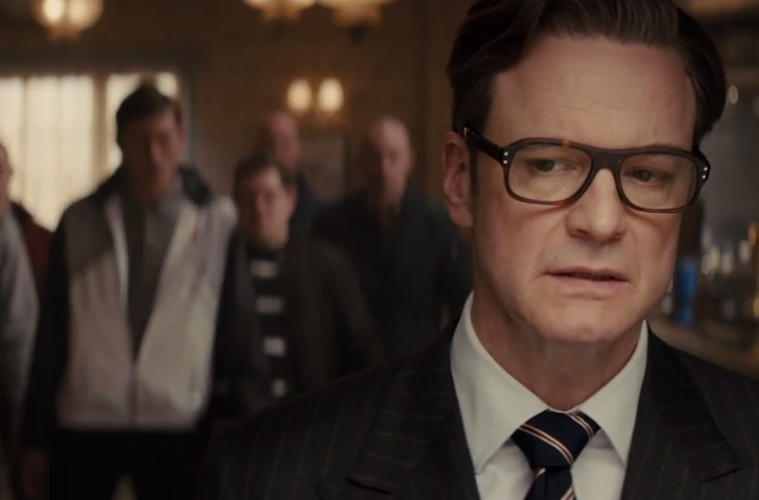 Colin Firth Teaches a Lesson In New Trailer For ‘Kingsman: The Secret Service’

Once set to open a month from now, 20th Century Fox pushed back Matthew Vaughn‘s latest film, Kingsman: The Secret Service, to the more open playing field of next February. Another adaptation of a Mark Millar comic book, the project marks the first major action role for Colin Firth, who plays an intelligence agent that trains a protege.

We’ve now got a new full-length trailer, which should please fans of Kick-Ass and Bond, as Millar and Vaughn attempt to deliver their spin on a spy franchise. Many flashy sequences are on display, but it should be noted that the trailer contains one of the most embarrassing CG shots released by a major studio this year (see above) — perhaps this one just needs some more time in the post-production bay. Also starring newcomer Taron Egerton, Samuel L. Jackson, and Michael Caine, check it out below.

Based upon the acclaimed comic book and directed by Matthew Vaughn (Kick Ass, X-Men First Class), Kingsman: The Secret Service tells the story of a super-secret spy organization that recruits an unrefined but promising street kid into the agency’s ultra-competitive training program just as a global threat emerges from a twisted tech genius.