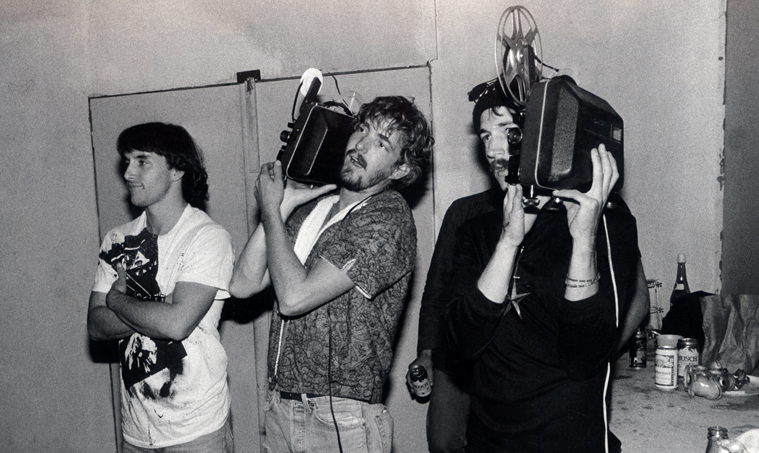 Cinematography of Richard Linklater, Revisiting ‘Cherbourg’ and ‘The Long Goodbye,’ and More At The Film Experience, Matthew Eng looks back at Robert Altman‘s The Long Goodbye:

There’s an unmistakable sense of nostalgia that permeates Robert Altman’s seldom-seen 1973 neo-noir The Long Goodbye, an air of reminiscence highlighted by the film’s title track, a nifty, pliable, lovelorn little number composed by John Williams and Johnny Mercer that gets incorporated endlessly throughout the movie, evoking sporadic familiarity, even though we rarely hear the same version twice. It transforms itself, from scene-to-scene, into a flimsy piece of supermarket Muzak, an ivory-tickled barroom ditty, even a castanet-laden flamenco. It’s a caressing torch ballad one moment and a marching band’s funeral hymn the next. The song, in all its reimagined incarnations, continually threatens to embed itself into the viewer’s mind, but just as quickly eludes any tighter hold. It’s as though the film, in its own increasingly weary, tumbledown sort of way, is nostalgic for the tune, longing for something that comes back but is never the same.

Watch Nelson Carvajal‘s video essay on the cinematography in the films of Richard Linklater:

Jacques Demy’s The Umbrellas of Cherbourg won what is now the Palme d’Or at Cannes in 1964, launched a pop standard that has been covered by everyone from Frank Sinatra to Louis Armstrong, and made the twenty- year-old Catherine Deneuve an international sensation. It has been revived theatrically at least twice since its initial release, each time playing to new audiences and wider acclaim. With a CV like that, you wouldn’t think a movie would need defenders. And yet something about this film trips a wise-guy alarm in viewers who distrust musicals as a form, and who use “light entertainment” as a pejorative. The word that comes up repeatedly, in searches for the movie online, is curio.