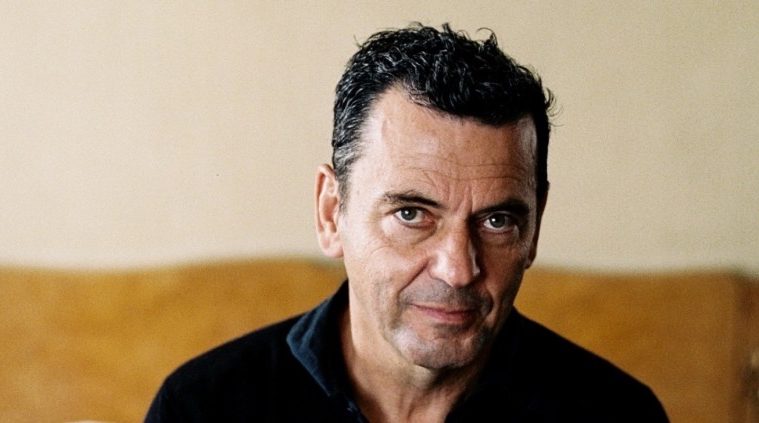 Whether you consider it a 2018 film due to its world premiere at Berlinale or a 2019 film considering its U.S. release this past spring, Christian Petzold’s Transit is, without hesitation, one of the best films of any recent year. Set in the modern day but employing the source material–and a script–that takes place during World War II, it’s an enigmatic, fascinating work (and now available on Blu-ray/DVD/digital).

The director has now embarked on his next film, the fairytale-inspired Undine, and it finds him reteaming with Transit stars Paula Beer and Franz Rogowski, Cineuropa reports. Also starring Jacob Matschenz and Maryam Zaree, see a synopsis below for the film that kicked off production last week.

Named after the water nymph that seduces men in a number of mythological tales, the German director’s new movie will portray Undine (Paula Beer) as a history graduate who works as a guide in Berlin in the present day. After her partner (Jacob Matschenz) leaves her for another woman, she is cursed and compelled to kill the man who betrayed her and return to the waters she was once summoned from. Yet unlike the mythological character, in the film, Undine tries to defy her fate. Immediately after the break-up, she meets Christoph (Franz Rogowski), an industrial diver, and falls in love with him. The two have a wonderful time together until he realises that she is running away from something and starts to feel betrayed.

If one thought The Shape of Water played things a little too safe, this material sounds like a perfect fit in the hands of Petzold. It will also mark the start of a new trilogy for the director, follow Barbara, Phoenix, and Transit, with this being about German myths, as he told The Film Experience. Below, one can see a photo of the cast and crew together, including producer Florian Koerner von Gustorf and cinematographer Hans Fromm.

As we await the film, listen to our discussion of Transit on The Film Stage Show.