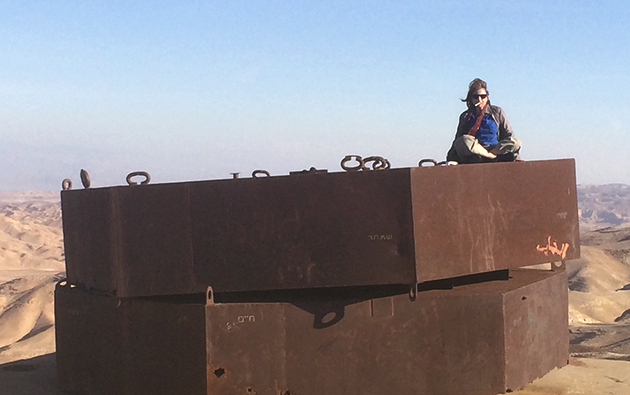 Few filmmakers have seen a spike in attention over these past six months quite like Chantal Akerman, albeit for the worst of reasons. Following her passing in October, now widely believed to have been by her own hand, the Belgian icon’s cinema is more widely than ever recognized for the genius of its many approaches to form. And so while we’re reflecting so heavily for, yes, the worst of reasons, now might also be the best time for an in-depth documentary about what she gave us.

I Don’t Belong Anywhere: The Cinema of Chantal Akerman seeks to do just that, with director Marianne Lambert (Akerman’s former unit production manager) following the filmmaker during the making of No Home Movie while stringing together a discussion of the many films in her oeuvre and the numerous places they span — Paris, Brussels, Israel, and New York among them. The trailer points toward something intimate and, if the final line is any indication, a bracing experience. Fans might not want it any other way.

I DON’T BELONG ANYWHERE: THE CINEMA OF CHANTAL AKERMAN explores some of the Belgian filmmaker’s 40 plus films, and from Brussels to Tel Aviv, from Paris to New York, it charts the sites of her peregrinations.

An experimental filmmaker, a nomad, Chantal Akerman shared with Marianne Lambert her cinematic trajectory, one that never ceased to interrogate the meaning of her existence. And with her editor and long-time collaborator, Claire Atherton, she examines the origins of her film language, and aesthetic stance.

I Don’t Belong Anywhere: The Cinema of Chantal Akerman will begin playing — and for free! — at Film Forum on March 30.