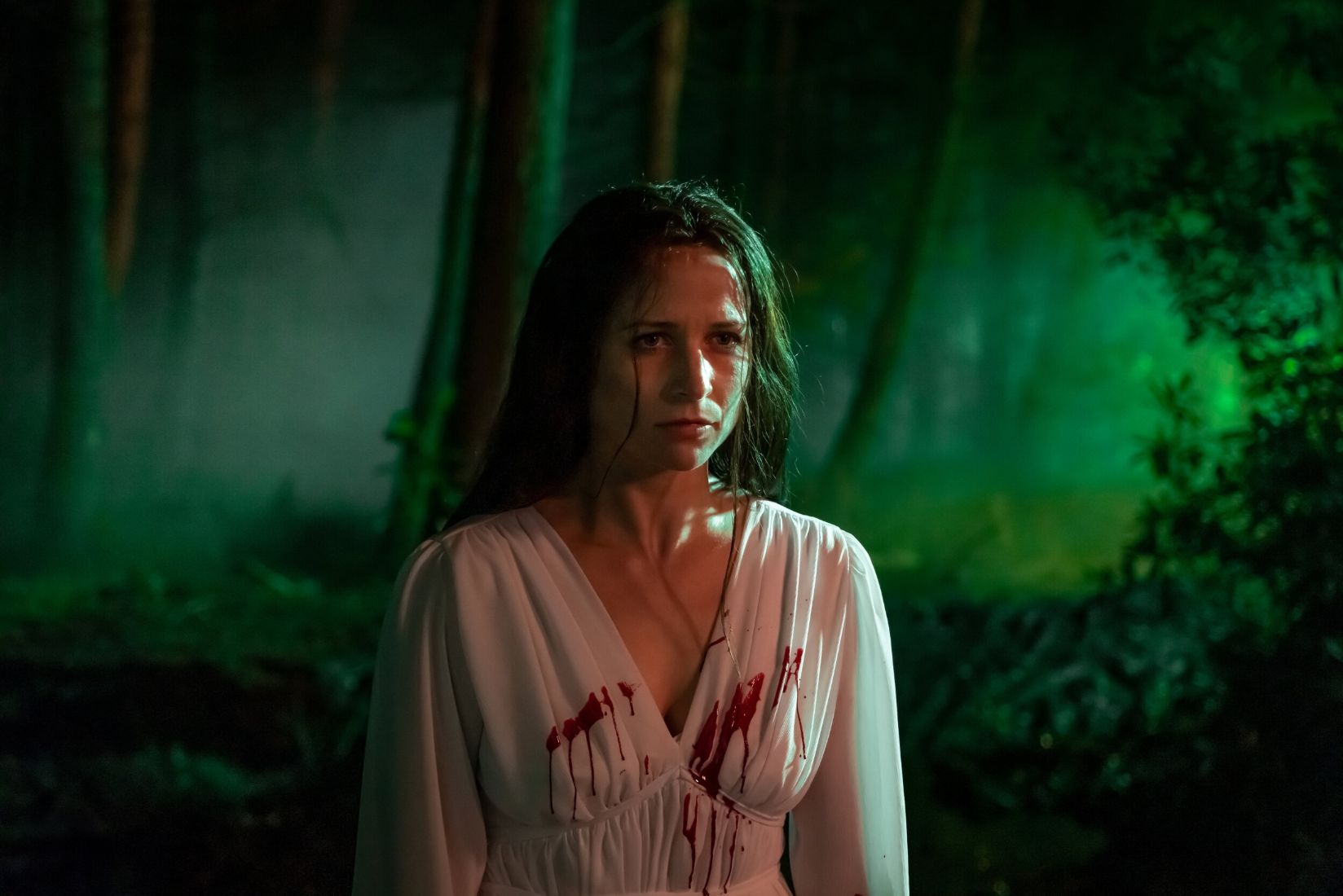 A horror stand-out at this year’s Sundance Film Festival, Prano Bailey-Bond’s debut feature Censor follows a film censor Enid (Niamh Algar), who discovers an eerie horror video that speaks directly to her sister’s mysterious disappearance and unravels a haunting puzzle. Now set for a release next month, specifically on June 11 (in theaters) and June 18 (digitally), the first trailer and poster have arrived.

Christopher Schobert said in his review, “It is hard to think of a recent horror film––or a film of any genre, really––in which the main character is tasked with a job as original and ingenious as Enid Baines, the protagonist of Prano Bailey-Bond’s riveting Censor. She is, yes, the titular censor. It is 1980s England, the time of “video nasties” that drew parental consternation and tabloid outrage. These were the low-budget, ultra-violent VHS cassettes that earned their own category in the collective consciousness. Not all were UK productions––I Spit On Your Grave and Abel Ferrara’s Driller Killer made the list. In Censor, however, the nasties are homegrown, in more ways than one.”

Censor opens in theaters on June 11 and digitally on June 18.