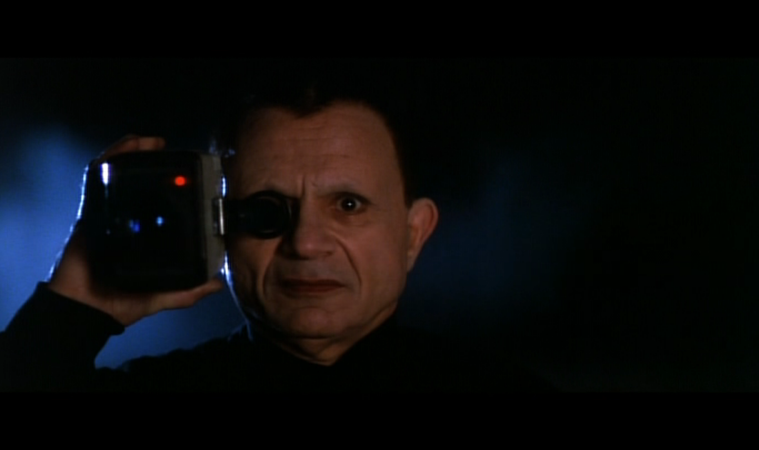 20 years ago today, a car drove down a dark, desolate strip of road as David Bowie crooned, in one of the most fortuitous meetings of song and material cinema’s ever seen, “Funny, how secrets travel.” The film that unspooled over the next 130-or-so minutes left many bemused at first (or second or third) glance, but, two decades later, has become a cornerstone in its director’s career and that decade in cinema. I speak not of John Singleton’s Rosewood, also released on February 21, 1997, but David Lynch‘s Lost Highway, whose nightmare noir plot, brutal violence (even for the auteur in question), and heavy, industrial-drenched soundtrack suggests it was made by an artist at the absolute edge of their sanity — even if its TM-happy creator would suggest it’s, as per usual, simply a sum of ideas.

You can hear that many times over in the circa-97 interviews and making-ofs collected herein, though a listen to its outstanding soundtrack and watching an analysis of its content, also below, is unlikely to steer one away from finding it a soul-shaking work. (For more on Lynch’s creative process here, read an abridged version of David Foster Wallace’s seminal “David Lynch Keeps His Head,” or the full text with some ungainly PDF formatting.) I’ve found one of Lost Highway’s greatest treasures to be this: it offers so much that, upon revisits, the film is continually surprising, beguiling, upsetting, and, strangely, joyous. I suspect that’ll still be the case in another 20 years.