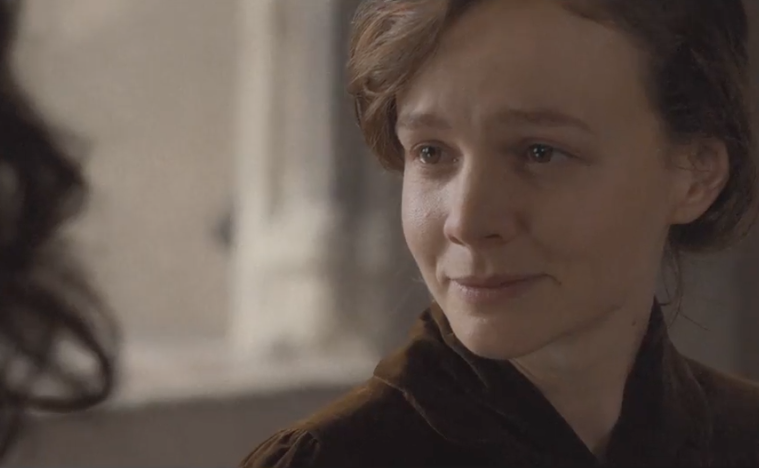 Carey Mulligan Leads a Revolution In First Trailers For ‘Suffragette’

While the deeply enjoyable Far From the Madding Crowd likely won’t put Carey Mulligan in any awards contention, we imagine the same can’t be said for the forthcoming Suffragette. Directed by Sarah Gavron (Brick Lane) with a prime October release date from Focus Features, we’re quite looking forward to what it brings. After a painfully short teaser, the first full-length trailer has now finally arrived, which sells a vital, emotionally rich drama.

Led by Mulligan playing a foot soldier of the early feminist movement who quickly turns to violence to solve the issue, the cast also includes Helena Bonham Carter, Anne-Marie Duff, Meryl Streep, Romola Garai, Brendan Gleeson, and Ben Whishaw. Scripted by Abi Morgan (reteaming with Meryl Streep after The Iron Lady and Mulligan after Shame), check out the trailer below for the film that will open the 2015 BFI London Film Festival and likely show up at TIFF beforehand.

SUFFRAGETTE is a powerful drama about the women who were willing to lose everything in their fight for equality in early-20th-century Britain. The stirring story centers on Maud (played by Carey Mulligan), a working wife and mother whose life is forever changed when she is secretly recruited to join the U.K.’s growing suffragette movement. Galvanized by the outlaw fugitive Emmeline Pankhurst (Meryl Streep), Maud becomes an activist for the cause alongside women from all walks of life. Inspired by true events, SUFFRAGETTE is a moving drama exploring the passion and heartbreak of those who risked all they had for women’s right to vote – their jobs, their homes, their children, and even their lives.