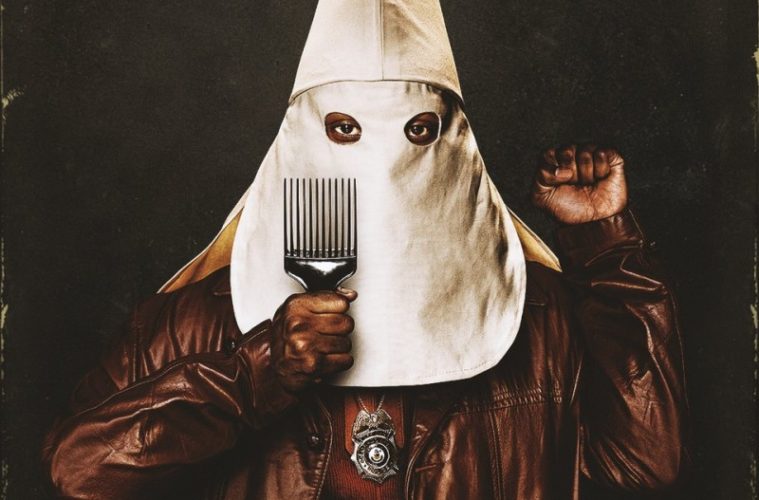 There are many things of which we may not necessarily need reminding that, nevertheless, must not be forgotten. Trust me when I say it is in no way a spoiler to reveal that anyone who goes to see BlacKkKlansman, the latest Spike Lee joint, will be reminded of the events that took place in Charlottesville last August.

At the close of his latest movie, an amiable if somewhat broad black comedy, the Brooklyn filmmaker switches from the narrative to footage of torch-baring white supremacists, erupting violence, and, most disturbing of all, the horrific murder of Heather Heyer, who was killed when James Alex Fields Jr. drove his Dodge Challenger into a crowd of counter-protesters on a downtown Charlottesville street. Lee intercuts this with clips of the President’s press conference that followed, during which Donald Trump failed to condemn the actions of the far-right group.

Chilling, frightening, enraging stuff: the kind of emotions you would have hoped to see bleed into this adaptation of the true story of Ron Stallworth, a black police officer who went undercover to infiltrate the Klu Klux Klan in the 1970s. Yet despite that awesome title and the not-insignificant backing of producer Jordan Peele, BlacKkKlansman seldom ever channels that rage. Instead we are presented with a perfectly decent comedy that will be accessible enough for a wide mainstream audience. Fair enough.

John David Washington (son of Denzel) plays Stallworth, an undercover detective who was the first black officer of the Colorado Springs police department. Lee shows him working the filing room before taking his first undercover operation investigating a local black student union meeting. The film goes on to reveal how, in 1979, Stallworth managed to turn the police force’s attention away from such groups and towards the Klan, a case Stallworth lands by cold-calling the local chapter (he finds their number in the classifieds). He teams up with a white Jewish officer, Flip Zimmerman (Adam Driver), who attends the meetings in Stallworth’s place (for obvious reasons) but is eventually elected to lead them.

In case you were wondering, this is not the sort of film that wishes to show the sad fools of the Klu Klux Klan in any sort of empathetic light. Led by one Walter Breachway (Ryan Eggold), they are as two-dimensional a group of characters as you are likely to meet and, in their total ignorance, provide a great deal of the laughs (not least the irresistible Paul Walter Hauser). Grand Wizard David Duke (played by a resurgent Topher Grace) even pops up, spouting some of Trump’s most famous slogans with all the subtlety of, well, the President himself. This is all certainly fair game, even if that game happens to be fish-shaped and located in a nearby barrel. The jabs being thrown are so on-the-nose that, at times, you half-expect the actors to face the camera — a not-uncommon Lee trope.

BlacKkKlansman can, however, boast one moment of pure, distilled, dignified gravitas courtesy of a cameo by the 91-year-old Harry Belafonte, a man who has surely lived through more of this shit than anyone can possibly imagine. He simply sits on a chair and tells the story of a horrific lynching of a wrongly accused black man in the south. You could have heard a pin drop in the theatre, yet even during this moment of seriousness Lee chooses to cut back and forth to images of the Klansmen buoyantly enjoying the racist scenes from D.W. Griffith’s The Birth of A Nation.

I should be clear: this is not disagreeable stuff. The screening I saw at the Cannes film festival was packed to the rafters and absolutely rocking. The ovation that came at the end was raucous and I expect similar receptions will not be uncommon. However, there was the distinct feeling, surrounded by all my fellow light-skinned liberal Europeans, of a film preaching to the choir.

So how can we conclude here? Lee opens BlacKkKlansman with a satirical instructional film that shows a fictional professor explaining why integration is the devil’s work, or something like that. The prof is played by Alec Baldwin, and the image of that actor satirizing a bigot reminded me of one thing and one thing only. Indeed, the current climate might need a few more Howard Beales, not more Saturday Night Live.

BlacKkKlansman premiered at the Cannes Film Festival and opens on August 10. Find more of our festival coverage here.