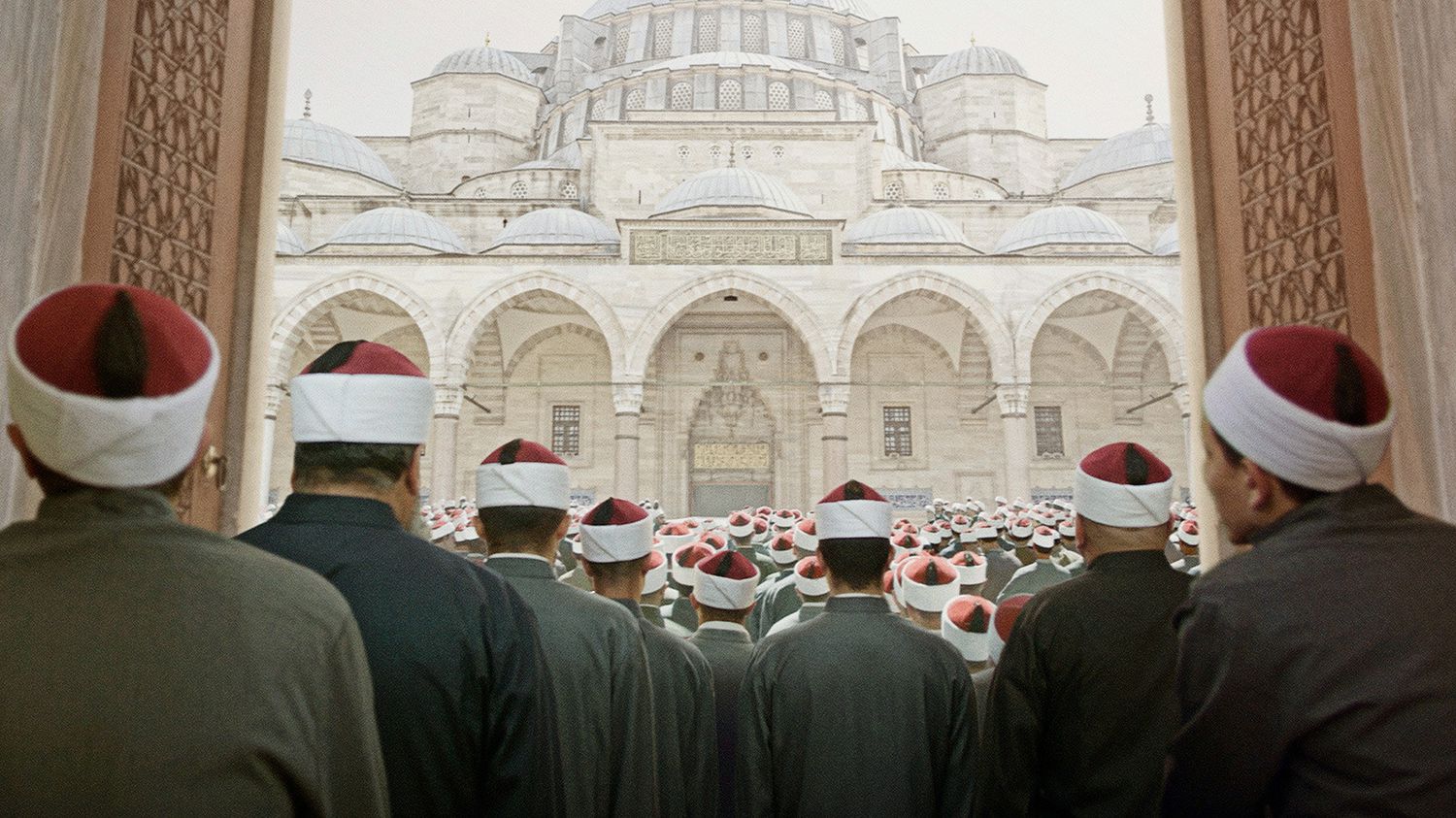 Spy thrillers are a dime a dozen. Rarer is encountering one set in an Egyptian mosque, much less Al-Azhar, one of the most significant mosques in Islamic history and home of the great imam, the highest-ranking Muslim leader in Egypt. Tarik Saleh’s Boy from Heaven embraces both realities, for better and worse.

Saleh’s screenplay hits every convention of the subgenre, as distilled following the spy thriller formula to a T. The direction more or less follows suit—sans action sequences, which don’t belong in the quiet, stern, and measured atmosphere of the mosque campus. Yet the setting and socio-political (even theological) context give it a fresh angle. Cairo’s Al-Azhar isn’t just a mosque. It doubles as the most lauded Islamic institution in the country, the Harvard for those who want to study Islam at the highest level. We enter the film when the current grand imam dies, leaving the next leader up in the air. Enter: Adam Tala (Tawfeek Barhom).

Think of your favorite cinematic spies––James Bond, Ethan Hunt, etc.––and picture the opposite. Adam is as far from a stereotypical secret agent as Doc Sportello is from the stereotypical detective. This young man is meek and soft-spoken and stares nervously at the ground more than he makes eye contact, whether talking to a sheikh, a peer, or a housemaid. He was born in a small fishing town that might as well be off the map. His arms are skinny and his face bears a resting melancholy. Dreams of pursuing sheikhdom live in his head rent-free until they become his reality and he heads off to Al-Azhar, where he reveals he does have some spy traits: unwavering devotion, fearlessness, and tough skin to name a few. He is a spy after all.

Within weeks of arriving at the school Adam witnesses the murder of his only friend––an informant, unbeknownst to Adam––and is subsequently cast into a web of power, politics, espionage, and deceit. A pawn in a high-stakes game between Al-Azhar’s top sheikhs and the Egyptian government, Adam is recruited against his will by State Security’s Colonel Ibrahim (Fares Fares) to be the state’s lone Al-Azhar informant. In a subtly vital aspect of characterization, Ibrahim is as unlike a Colonel of State Security as Adam is a spy (on the surface, at least). Ibrahim is a doofy, disheveled middle-aged man with an everyday leather jacket that screams “Trust me, I’m cool!” He gets chewed out by his younger superior and isn’t as good at following orders as Adam, his underling.

The relationship between Adam and Ibrahim is much like that between Lakeith Stanfield and Jesse Plemons in Judas & the Black Messiah. The State has a vested interest in rigging the selection of grand imam but lack power to do so. The choosing of a new grand imam is a long-deliberated, behind-closed-doors process that only involves Al-Azhar’s highest council of sheikhs, similar to the choosing of a new pope by cardinals. But a new grand imam that isn’t in bed with the state could cause a serious headache for the country’s corrupt officials, so they turn to Adam––their newfound keystone, the kind of person no one would expect––into their hostage.

It’s safe to assume almost everyone would tremble under the weight of that situation—compounded here by the fact that Adam is a devout conservative Muslim, a rule follower being asked to ignore the rules. On top of that, the nature of his work draws the hidden jihadist minority of Al-Azhar out of the shadows and situates him in their company. Saleh’s commentary on theology, religion, and positions of power is intertextual. He weaves Marxist quotes and Quran scripture together in hushed conversations about humanity’s historical magnetic reaction to religion in the face of the unknown. And he exercises restraint by not taking a firm theological or philosophical position in Adam’s impossible situation.

Boy from Heaven is not without a few flaws, the gravest being lack of creativity framing the ornately constructed and designed mosque throughout (which is not actually Al-Azhar, given Saleh’s ousting from Egypt after his last film, which was critical of the government). Though struggling with some pacing issues, it’s mostly an engaging, well-performed drama that offers a fascinating peek into an institution matched in significance only by the Vatican itself.

Boy from Heaven premiered at the Cannes Film Festival.