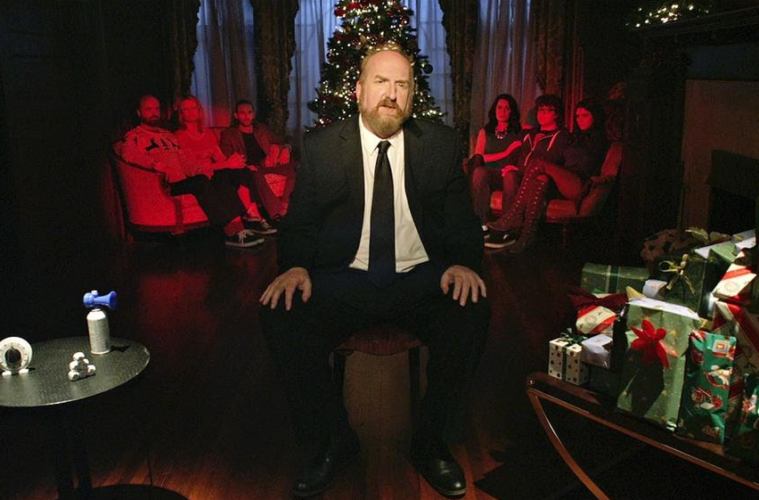 Uncle Nick could still turn out to be a black comedy yuletide classic, but it’s going to be foremost remembered as a piece of trivia as the only (first?) comedy that renowned documentarian Errol Morris ever produced (Uncle Nick director, Chris Kasick, is a regular actor in Errol Morris-directed commercials). In a resume that includes hard looks at genocide, war atrocities, and however you want to categorize the sexual mishaps of Tabloid, Uncle Nick’s broad black comedy looks particularly out of place, but maybe Morris knows something we don’t.

That said, the first green band trailer isn’t a particularly strong argument for the movie’s actual quality. It’s not a great first impression to release a sanitized, mildly suggestive trailer for a movie about a skeezy, obnoxious, foul mouthed drunk uncle, but the preview does serve as a good look at the ensemble cast and a tide-me-over until the red band trailer comes out, and gives a better sense of the actual comedic sensibility. As of right now, it just looks like a melange of drugs, drinks, sex, and destruction.

Starring perpetual weirdo Brian Posehn in a role that he could literally have been born into, Nick visits his brother’s new family home for Christmas, and revels in the inevitable implosion of the night (It’s also apparently about the real events of the 1974 Ten Cent Beer Night riot, but there is literally nothing about it in the trailer). In this case, that means ganging up on his well meaning brother (Beau Ballinger), seducing his sexpot niece (Melia Renee), and overdoing the spiking of the egg nog. Paget Brewster and Scott Adsit bring more of the alt-comedy pedigree as the hapless wife, and Adsit as another guest eager to push through the night in any way he can, while Missi Pyle and Jacob Houston round out the cast. Check out the trailer below.

Uncle Nick is the story of a family Christmas gone wrong. It also tells the tale of the 1974 Ten Cent Beer Night riot that overtook a Cleveland Indians baseball game. Both stories chronicle an evening of alcohol, anger, and heartbreak, and are interwoven throughout the film.

Uncle Nick is in select theaters and on VOD December 4.