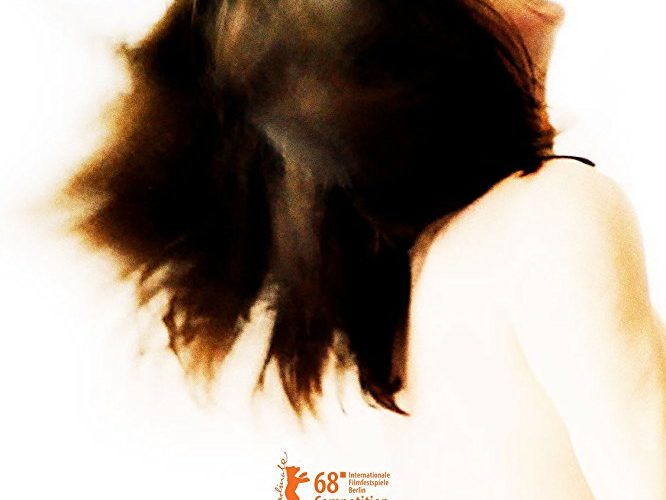 Berlin Review: ‘Touch Me Not’ is a Studious, Scattershot Look at Modern Sexuality

A blend of documentary, fiction, staged therapy, and biography–with considerable full-frontal nudity and sex–the surprise winner of the Berlinale’s Golden Bear is a film not easily summed up in an elevator pitch. It is, however, a studious, intelligent, if flawed and scattershot, work with an open mind about modern sexuality and intimacy. That open mind will need to be replicated in the audience too.

Much of Adina Pintilie’s career has been spent in works more comfortable in gallery spaces. This, her first feature, is certainly worthy of theatrical release, however limited, as it deals with the capacity we have to touch others and be touched, emotionally and, inevitably, sexually. Pintilie has said that she thought her ideas of love and sex were fully-formed at 20-years-old, but the two decades since have made her re-evaluate her certainties. The film of that result of that self-interrogation.

The launching pad for this investigation/story is Laura Benson, a 50-something English actor whose sexual frustrations at middle age have led to her see a number of sex therapists. We meet her at the start of the film as she watches a call boy jerk off, Pintilie’s camera capturing something buried deep in her expression, and later she meets a transgender sex worker (Hanna Hofmann), who implores her to accept her own sexual proclivities: “There’s nothing weird in sexuality.” No information is given whether these scenes are real or a staged reality, but they do feel authentic. The best of these is a rather moving session with a male sex worker (Seani Love) whose specialties are in role-play and domination. His role-played aggression towards her leads to screams of anguish that reveal something primal in Laura that she hasn’t encountered in herself before. Pintilie’s use of fiction and documentary reflects a kind of reality and performance in the way human sexuality is often expressed.

The film’s other focus is a hospital touch-therapy session, shot with laboratory-like sharpness with more direct reflections about notions of intimacy. In the session, Tomas Lemarquis, bald since his teenage years, is paired with severely disabled Christian Bayerlein, with both exploring their own failings of their bodies and faults with intimacy. These sequences sometimes segue into intellectual discussions, with one of the most memorable having Christian, in real life a disabled activist, explaining how he grew up thinking he was “a brain being carried by my body.” Later, he discovered that his sense of self was improved by celebrating the sensuality of his body.

In one of the film’s taboo-busting sequences, Tomas visits a sex club (the kinky kind that wouldn’t be out of place in a Gaspar Noé film) and finds, to his surprise, Christian having sex with his wife (the scene one of a number, it has to be said, that make the film seem a tad schizophrenic). Christian later argues that his sexual organs are a part of his body that does work, and an important part of his arsenal of self-expression. He implores society to stop saying people “suffer” with a disability. Touch Me Not should be praised as a movie that explores disabled sex by not hiding behind visual euphemisms of films like The Sessions and Rust & Bone, instead exploring them head-on.

The film’s flaws lie perhaps in Pintilie’s aim to merge these seemingly disparate scenarios, which forms the only clear fictional dimension to the film. This critic would rather not have seen Laura’s strained relationship with her father, supine in hospital, which adds an unnecessary dimension to her sexual issues. (Pintilie dangles the idea of some prior sexual abuse, without approaching it). And it’s here that Laura begins to obsess and stalk Tomas. If the director expects us to make some connection between their concerns, she doesn’t succeed.

At best the film articulates that we are happier for knowing our body, and that society makes intimacy seem somehow guilty and something to fear. It’s also most moving as a body-positive film: everyone here starts out apprehensive about their self-image. Laura, Tomas, and Christian have previously felt let down by their bodies, but as the only companion throughout one’s life, it’s something Pintilie asks us to embrace. In today’s high-speed social media world, where intimacy can be lost amid the hollow Tinderization of relationships, and in which the discourse of sexuality is ever-changing, most recently with the #MeToo movement, Pintilie’s film should be praised for taking time to focus on the basic, but no less significant, human characteristics of the way we relate to each other.

Touch Me Not premiered at the Berlin International Film Festival and will be released on January 11, 2019.