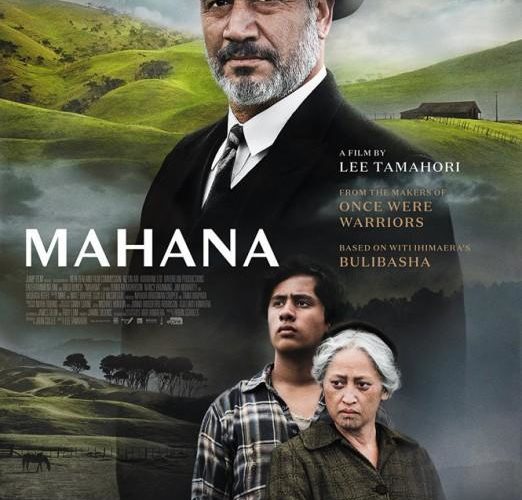 Halfway through The Patriarch (Mahana), young Simeon (Akuhata Keef) is enjoying a trip to the cinema that he’s fought hard for. His grandfather, Tamihana (Temuera Morrison), who rules undisputed over his extended Maori family, sees him as insubordinate and certainly would prefer the kids don’t “waste money on make-believe.” But Simeon loves westerns, and a town screening of 3:10 to Yuma is too good to pass up. Yet even Glenn Ford and Van Eflin’s march towards that train platform is derailed by intrusions from the real world, with a member of a rival family riding a horse into the cinema and an unexpected kiss opening up new perspectives in the ensuing confusion.

It’s a brief moment of autobiographical fun for director Lee Tamahori, who sprinkles bits of his own New Zealand upbringing on top of this adaptation of Witi Ihimaera’s novel Bulibasha: King of the Gypsies. A sweeping, affectionately grandiose folk epic, The Patriarch brings Tamahori back to his roots while also, in a way, doing the same for the characters of the film that launched his career, 1994’s Once Were Warriors. With its depiction of a troubled Maori family in Auckland, Warriors was about what happened to the ’60s-era children from The Patriarch when they moved from rural areas and into the cities. Morrison’s intense presence further strengthens that link, going from playing the alcoholic father, Jake, to embodying the forged-in-hardship and uncompromising authority of Tamihana.

Having started from nothing and built a dynasty of land workers and master sheep-shearers, Tamihana is arrestingly magnetic, reveling in the long shadow he casts over his five sons and onto his grandchildren, who are kept on a tight leash and are only theoretically aware of their own free will. “There’s no such thing as too much work.” Life begins and ends with the land, the contract that regulates the family’s employment and Tamihana’s legacy.

Imbued with Tamahori’s own love for movies and a penchant for asking the tough questions, 14-year-old Simeon has a blossoming physicality and the conviction of someone who’s just discovering that the words out of his mouth can have weight. The rapidly escalating conflict between the two is simply engineered but richly engrossing — exactly the kind of bold storytelling propulsion required to keep such a thumping period piece in motion.

Bouncing back from years of steadily declining work in Hollywood, Tamahori is game and committed to making the stunning landscapes of the East Coast his own, much like Tamihana himself when he first settled there. Embracing the classically muscular aesthetic of the material, his camera whizzes around the Mahana residence in big, emotional swoops that do not lack a certain inclusivity as the many brothers, aunts, and spouses involved get enough heartfelt attention to never make you doubt the heavily enforced but still authentic familial bond.

Sure, we’re treated to a few by-the-numbers educational episodes in Simeon’s brisk coming-of-age, and the film is never subtle — but, then again, neither is anything in Tamihana’s kingdom, where internal differences are settled by banishment and neighboring feuds go back for generations. Despite its commendable specificity and procedural emphasis on the business — sheep-shearing as both a way of life and a high-stakes competition is surely a highlight and remains an asset throughout the film’s climax — The Patriarch is also largely devoid of the hooks and angles you may expect to see exploited in a Maori story. The depiction of the family’s agency and place within the community is refreshing, and so is the treatment of women in the clan, with strong performances by Nancy Brunning (grandmother Ramona) and Maria Walker (Simeon’s mother Huria) helping to shed some light on the subject of generational imbalance.

The Patriarch premiered at the 2016 Berlin International Film Festival and is currently without U.S. distribution.