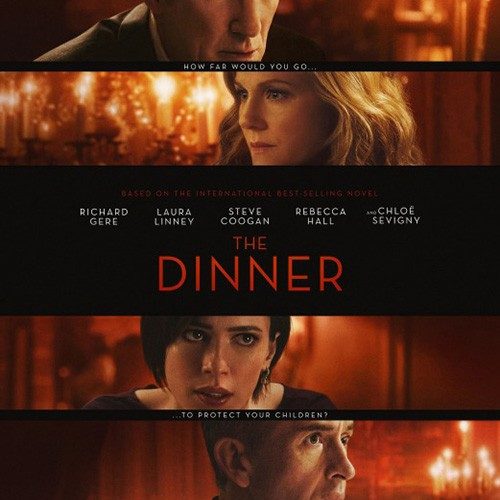 Berlin Review: ‘The Dinner’ Bites Off More Than it Can Chew

There’s much to talk about over The Dinner, a rather cold and over-flowing plate of black comedy and moral conundrums that leaves one with a certain sinking feeling. It’s the first English-language adaptation of Herman Koch’s 2009 best-selling novel of the same name and the latest film from Israeli-American writer-director Oren Moverman. Unraveling in the confined locations — aside from a number of extended flashbacks — of a laughably swank eatery, Moverman’s adaptation of the text has the feeling of a pressure-cooker stage play, the type where everybody shouts and few people listen. Indeed, it’s the type of unpleasantness that might cause the viewer to recall Roman Polanski’s Carnage (or perhaps Yasmina Reza’s stage play upon which Carnage was based), a film that boasted equally detestable characters although, perhaps, played with slightly more subtlety and restraint.

Indeed, simply mentioning Carnage and “subtlety” in the same sentence might suggest what sort of territory we’re in here. Chowing down on every piece of scenery that happens to come in his way, Steve Coogan plays Paul Lohman, a mentally unstable history teacher who lets his frustrations get the better of him in most occasions. We’re asked to like Paul (at least I think we are), however his neurosis, and Coogan’s all-in performance, soon suffocate the role. We learn that his wife Claire (Laura Linney) survived a bout with lung cancer; that his older, handsomer, more successful brother Stan (Richard Gere) has been a source of intense jealousy and grief throughout his life; and that his son Michael was recently involved in a heinous crime with his cousin Tod, Stan’s first son. There’s nothing pinning either boy to what they’ve done and they have the opportunity to walk away legally, if perhaps not guilt- free. After much toing and froing, The Dinner eventually swings on that simple moral quandary, back and forth between how each set of parents would like to see the boys move forward.

This plays out over five acts in the restaurant — titled aperitif to digestif — as Paul, Claire, Stan and his second wife Katelyn (Rebecca Hall) attempt to get to the point of the conversation without re-opening too many old wounds along the way (good luck). There are other forces at play here. Stan is running for re-election to congress and is in the process of attempting to get a bill passed that he hopes will bring financial parity in the health care system for those with mental illness. What’s more, there’s a history of mental illness in the Lohman family and Paul seems to have already lost his grip, obsessing over a planned book on the battle of Gettysburg, a white whale that we see fleshed out in the film’s most indulgent flashback scene. Paul believes that Stan’s bill is merely the work of a self-serving politician and while it’s never quite clear to the audience which characters are decent in Moverman’s script (I’d argue none), Stan’s apparently heartfelt desire to see the boys fess up — a potentially career-threatening crises of conscience which Katelyn is certainly not pleased about — suggests the contrary might be true. As you might have guessed by this stage, it’s a rather busy evening indeed.

Given the fact that Paul’s inner monologues — which we hear throughout — are largely rants against some of the oft brushed-aside crimes in American history (namely post WWII foreign policy and the genocide of the American Indian) it’s odd that he remains sheepish and silent once this debate about taking responsibility eventually does appear. It’s one of a number of moments in the story when one can sense a narrative trail has been taken only to arrive at no conclusion. It’s a slippery move for a film to make and can be effective if used correctly, but is merely jarring for the viewer when delivered so jumbled up and incoherently. There’s no equivalent to Paul’s obsessions with American history in Koch’s original text, which was set in Amsterdam (the two previous film adaptations being set there and in Italy) and you get the sense that Moverman may just have bitten off a little more than he can chew. The director co-wrote I’m Not There with Todd Haynes and picked up an Academy Award nomination for the script of The Messenger (his debut feature) so it’s no surprise that the dialogue here is consistently jagged and sporadically thrilling. However, he doesn’t manage, as a director, to offer ample space for that dialogue to really breath. Therein, perhaps, lies the problem with The Dinner: it can’t help but go for those big meaty moments when a little veg might have helped in-between.

The Dinner premiered at Berlin Film Festival and will be released on May 5.