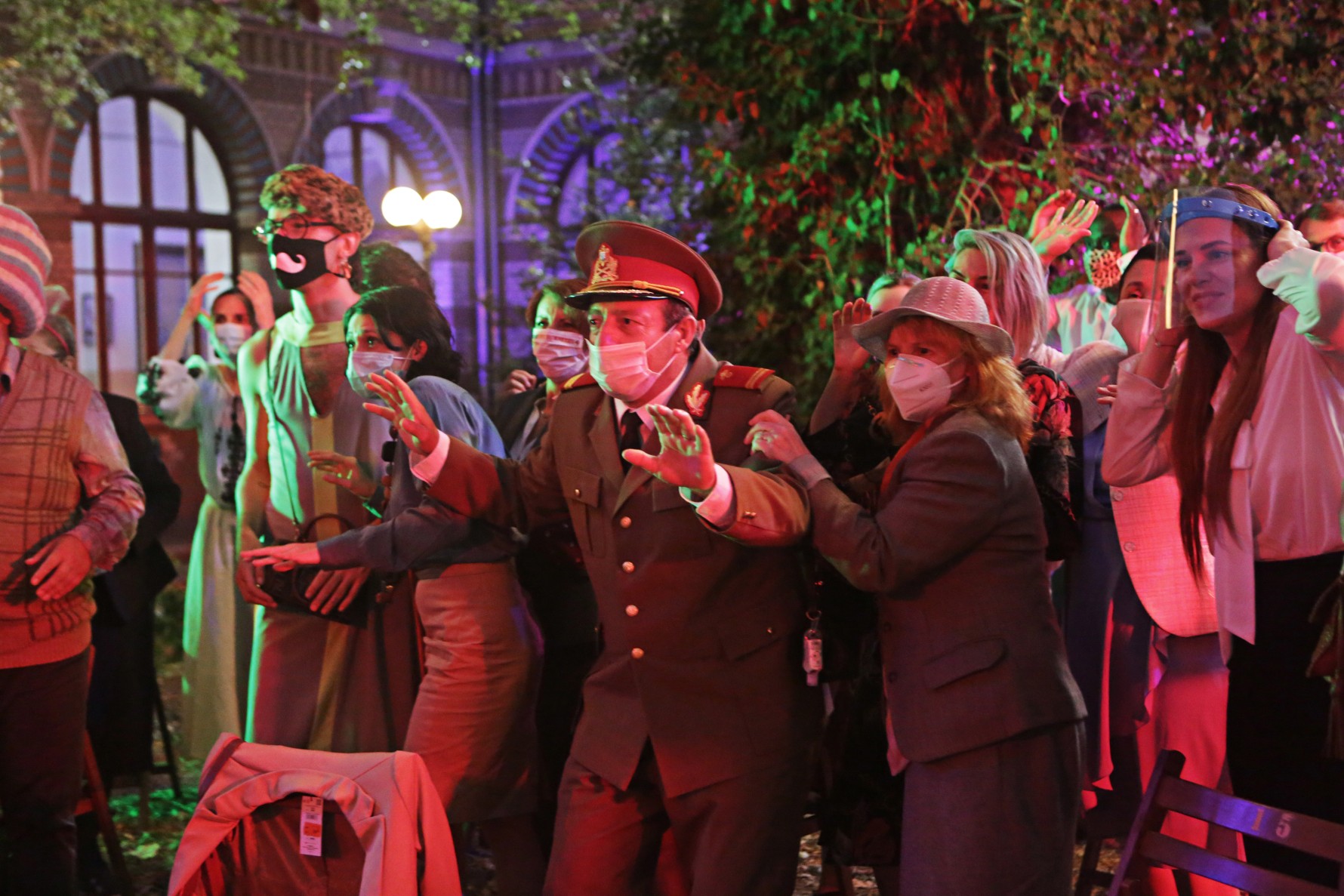 The smartphone video acts as Loony Porn‘s tonal and narrative starting point: funny and provocative, and the reason why Emi (our downcast heroine, an excellent Katia Pascariu) must traipse across a sunny Bucharest to the school where she works. (The video has leaked and gone viral so a group of parents and fellow teachers must gather to decide her professional fate.) Jude’s unconventional structure (similar in some ways to his experimentations in I Do Not Care if We Go Down in History as Barbarians) splits the film into three parts: Emi’s little odyssey across the capitol as part one; a sprawling video essay (of, tellingly, more serious obscenities than DIY porn) as part two; and lastly her hearing, a debate in the courtyard of the school that gets a little deep into word-sludge but ends with a satisfying bang.

It is an incendiary, playful, and wonderfully exasperated piece of filmmaking that shows a director trying to draw some threads of sense from our current malaise. Aside from the occasional cat call, Emi’s trek is relatively uneventful (grocery shop, pharmacy for Xanax, etc). The street scenes––filmed in the director’s favored medium shot––instead allow Jude the opportunity to look away from the story and to linger on everyday absurdities as well as artifacts of the city’s pre-Covid days: a poster for a Romanian MMA contest; pseudo-spiritual murals; dead restaurants and coffee shops; the sight of masks under protruding noses, and so on. Jude carries it all off with a wry smile.

There is much more meat to be had in part two. Jude has said that the film came about from arguments he was having amongst friends about actual teachers losing their jobs for similarly banal indiscretions. Titled “A Dictionary of Anecdotes, Signs and Wonders,” the second section of Loony Porn is a series of more significant provocations and uncomfortable truths. Why bother being sanctimonious, he seems to say, if all this stuff is still very much around you? The clips come quick and fast, in a confounding wave, with blunt titles like “Church,” “Military,” “Blonde jokes,” “Penis,” and “Cunt.” Some are simple images and videos (for instance, a tour guide explaining the slave labor behind Ceaușescu’s palace to disinterested tourists), others are accompanied by quotes or the director’s own thoughts (“mathematics is what there would be, if there was anything at all”). What emerges is a confusing, occasionally farcical, yet powerfully moving stream of consciousness on modern Romania, toxic masculinity, and our wider global malaise.