Berlin Review: Queens of the Qing Dynasty is a Character-Focused Look at Nonconformity 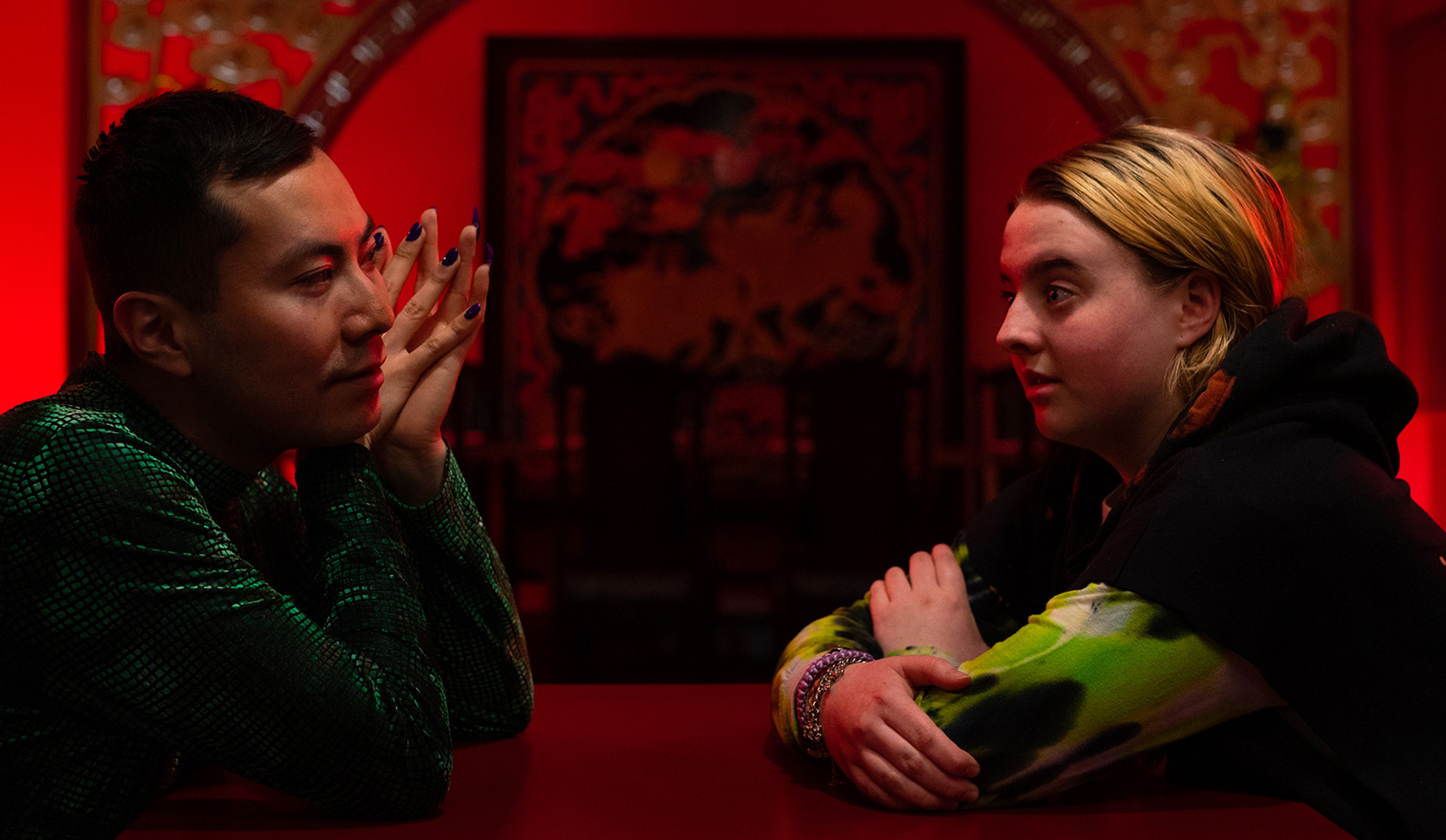 Our introductions to writer/director Ashley McKenzie’s leads in Queens of the Qing Dynasty are not to be forgotten. Whether Star’s (Sarah Walker) open-mouthed and fully dilated thousand-yard stare in a hospital bed after her latest suicide attempt (this time for drinking poison) or An’s (Ziyin Zheng) voice regaling the women nurses with a Chinese song while their supervisor drawls “Old Macdonald” in response, the notion that we’re dealing with two eccentrics in a world that may never understand them is abundantly clear. It’s therefore only right that they’d end up being put on a collision course ignited by duty (An’s hospital volunteer is assigned Star’s evening suicide watch) yet sustained by genuine intrigue. They share their deepest secrets without judgement, ultimately discovering things about themselves along the way.

It’s through these late-night sessions that they begin to question the roads they’re on and the potential for their futures now that their presents are expiring (Star on the cusp of turning nineteen and thus relinquishing the “minor” label, An readying to be sent back home due to their visa being up unless they can pass the citizenship test). Without a safety net afforded by her age, Star probably won’t be found the next time she tries to take her own life. She’s already failed the test for independent living (her concentration is nil as the fake stove burner gets hotter and hotter to “burn her house down”), so she might end up homeless without anyone to check in. And An isn’t sure there’s any reason to stay.

This is a queer film, so don’t assume romance is in the air as a means of pulling them out from futility’s grasp. There’s a running joke where Star asks An if they’re flirting with a smile—half to chide them and this newfound dynamic and half because she honestly doesn’t know (her awareness of emotions and sexual tension are nonexistent as a byproduct of her bipolarism and other diagnoses, not because she’s asexual). An obviously has no interest, their tales of yearning for men who are “too big” contrasting the declaration that their boyfriend “fits perfectly” telling us all we need to know on that front. This doesn’t mean there isn’t a powerful bond that forms regardless, though. Star’s sixty-plus text messages a day prove as much.

What they share is bigger than romantic love because it doesn’t include any of the strings. Star’s lack of social mores helps in this case because it shows them both that An can ignore her messages and not risk some huge blowout due to jealousy. The simple fact that she has this outlet with which to speak is quite literally saving her life. An never has to respond and this will still be true because their presence is enough to tell this young woman that she’s not alone. When Star finds herself going down familiar paths towards destruction, she finally has a friend to think about and fear losing. There’s a reason to try and be better even if what she wishes that could look like is impossible.

The happy ending isn’t therefore some Hollywood fairy-tale catch-all cure. McKenzie embraces authenticity above all else (writing each role with the actors in mind as her relationship with Walker began when the latter auditioned for the former’s debut feature Werewolf and An more recently becoming her neighbor across the street). She knows that pain is a huge part of life and refuses to sanitize her characters’ journey to save them from that struggle. They literally meet after one of them is getting a scope sent down her throat to see if the poison damaged her esophagus—the struggle is all they have. The question is whether they will discover that it’s worth pushing through to the other side. Can their pain start to signify progress rather than defeat?

You should know, however, that the process of receiving an answer won’t be for everyone. This is a slow movie. At two hours, you’ll find yourself staring off into the distance right alongside Star without her penchant for complimenting the person across from her. An is often missing from the proceedings too—their story handled in brief vignettes that prove more mood pieces than narrative progression so as not to be away from McKenzie’s lead too long. It can feel suffocating as a result and I’m not completely certain that isn’t intentional considering who Star is and what she needs to keep putting one foot in front of the other. An almost becomes a tool to lighten things up, their appearance brightening Star’s day while sometimes jogging us awake.

I wouldn’t go so far as saying Queens of the Qing Dynasty is an acquired taste. You simply need to be prepared that the words “swift” or “kinetic” aren’t descriptors I’d use. It’s purely about the characters as well as the place where it’s set since “fun” is getting drunk at a Chinese restaurant, not some big city club. Because while Star and An fantasize and joke about wishing they could become trophy wives of old, their roads are not paved in gold. Having each other sitting shotgun, however, does make the trip a whole lot brighter. And experiencing their queer characters candidly existing on-screen without the usual miserabilism of external abuse looming large (their internal hardships and uncertainty lends enough drama) is reason enough to follow along.

Queens of the Qing Dynasty premiered at the 2022 Berlin International Film Festival.