Berlin Review: Dry Ground Burning is a Fulminating, Engrossing Paean to the Marginalized in Bolsonaro’s Brazil 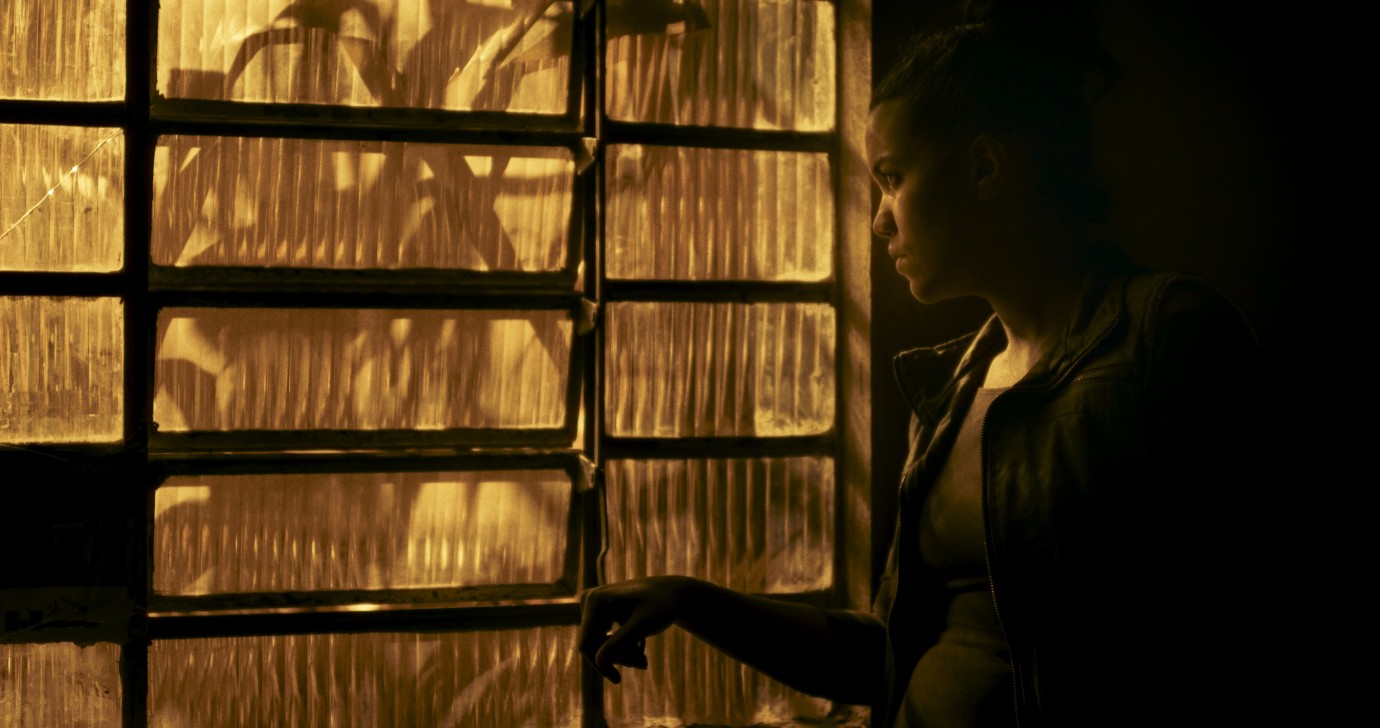 In the late 1950s newly elected President of Brazil Juscelino Kubitscheck ordered the country’s capital be moved from Rio de Janeiro toward a more central location. Thus began Brasilia, a modernist utopia built in the span of a few years and designed to unite people from all walks of life. Except reality didn’t quite live up to that dream. The thousands of workers who helped build the new capital—and the thousands of migrants who sought to move in—ended up segregated in satellite cities the government created to keep Brasilia safe from unwanted “invaders.” Joana Pimenta and Adirley Queirós’ explosive Dry Ground Burning is a portrait of one such places, Ceilândia, and an engrossing homage to a handful of people stranded in its crime-ridden slum of Sol Nascente: a vast canvas, in turns wistful and furious, of what life in Bolsonaro’s Brazil amounts to for those living on the periphery of the periphery. Few titles unveiled at this year’s Berlinale— where Dry Ground Burning screened in the Forum section—will register quite as timely; fewer still manage to deal with topics this sensitive without feeling exploitative. A paean to the marginalized that refuses to treat them as victims and instead grants them agency and dignity, this is an unsettling docu-fiction hybrid, a moving and invigorating watch.

That’s in no small part a function of the directing duo and their connections to the place. Queirós himself was raised in Ceilândia, a city whose very etymology echoes a long socio-economic apartheid—the name’s roots are linked to the CEIs, the Eradication of Invasions Campaigns that Brazil launched to forcibly move poor people out of Brasilia in the 1970s—and he has devoted most of his filmography to those struggling to survive in and around the capital. But this is the first time he shares directing credits with his longtime cinematographer Pimenta, who’d already shot his 2017 Locarno prizewinner Once There Was Brasilia, and is affiliated with Harvard’s Sensory Ethnographic Lab, the institute that spawned such projects as Véréna Paravel and Lucien Castaing-Taylor’s Leviathan and Caniba. What Dry Ground Burning shares with those mesmerizing docs is an interest in conjuring an immersive, full-rounded look at a space in time: less an attempt to teach you about Sol Nascente than to seize you with its textures, smells, colors, and sounds.

It’s here that an all-female posse led by the fearless Chitara (Joana Darc, a fitting name for someone who traverses the film as a heroic figure) runs an illegal gasoline market, selling fuel to hordes of bikers who race to her hideout from all parts of the favela to collect canisters in the middle of the night. Yet Chitara is one of several Sol Nascente residents Dry Ground Burning zooms in on. A few minutes in and the focus shifts to her sister Léa (Léa Alves), an ex-convict who’s spent the past eight years in prison and has just returned to the native turf, only to realize the hood has now effectively turned into a militarized land. There are state-of-the-art police vans patrolling the slums at night, drones buzzing around them like tiny spacecrafts; a curfew forces everyone to stay home past 9; and, arguably more terrifying than everything else combined, the whole favela has just been made federal land on which authorities are building an enormous prison. “Those who get pinched are sent to work and build it,” a friend warns Léa, to no avail. Even as the woman promises to keep out of trouble it’s not long before she reunites with Chitara and helps her run the gasoline ring.

In more ways than one Dry Ground Burning unfolds as a war over resources, a battle for oil and land that doubles as a kind of matriarchal Mad Max. But the dystopia here is all too real, as real as the drifters Queirós and Pimenta trail behind. Léa, for one, really did spend several years in prison, and her troubles with the law did not stop once she got out, but shaped the film’s plot. That’s what makes Dry Ground Burning such a cumulatively startling experience: the way reality creeps into its fabric, with devastating effects for those inside it and those watching. Yet Queirós and Pimenta keep the line between truth and fiction purposely blurred. It is only toward the end that Chitara finally opens up about her sister and their involvement with the film, a harrowing meta-rupture that reinforces the life-or-death urgency of all you’re watching. In other hands this could have all turned into a manipulative spectacle, a porno-misery of the kind Carlos Mayolo and Luis Ospina had warned against in their seminal 1977 The Vampires of Poverty. But in Queirós and Pimenta’s, it’s Chitara, Léa, and the other women around them who dictate the shape of this film, not the latter straight-jacketing them inside this or that narrative.

Which is another way of saying that watching Dry Ground Burning is to be invited to just hang with its unlikely heroines as they go about their lives, and the results of the journey are often transfixing. Rituals are a recurring thread, as are communal experiences of disparate, often contrasting kinds: we watch Léa dance and make out with other female convicts as a bus drives them around the city, or watch another member of Chitara’s posse, Andreia (Andreia Vieira), sing in a church and then run for district deputy rapping her campaign slogans from an open truck (“Prison People Party, We Fight For You!”), a segment made all the more jarring by the cut to a Bolsonaro rally moments later, people shouting and honking in unison “The Capitan Has Arrived!”

The battle between city and periphery, between privileged and unwanted, plays out sonically, and the lyrics of the many rap songs, by DF Faroeste and others, are as incendiary as the recurrent shots of flames ravaging the totems of Bolsonaro’s regime. As the country braces for 2022 presidential elections and its cinematic legacy turns to ashes, here’s a furious, queer, boisterous gangster epic that offers a view of the country from the outskirts and turns oppression into resistance.